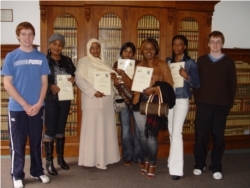 Direct provision is a scheme for individuals and families seeking asylum or other forms of protection, which provides accommodation on a full board basis and aims to directly provide all basic daily needs of asylum applicants. Dispersal is a policy whereby asylum applicants, after an initial short stay in Dublin to process their asylum application, are sent to one of 51 state provided accommodation centres located throughout 19 counties. While awaiting a decision on their asylum claim applicants are not eligible for child benefit, do not have a right to work and have limited education rights.

What Kind of Society? A Better Vision Needed

The people have spoken in the General Election. They have voted in overwhelming numbers for change. They have done so because the philosophy and policies of the past have patently failed and they want no more of them. The new Government will go down the same tired routes at its peril.

Unemployment: The Need for a Comprehensive Response

There is no doubting that nearly everyone who stood as a candidate in the February 2011 General Election saw employment – its maintenance and creation – as a critical issue to be addressed by the in-coming Dáil. Now that a new Dáil has been elected and a new Government appointed, what should be the focus in tackling unemployment? What is needed to give unemployed people hope for the future as well as proper income and social supports to meet their needs?

‘Up Stairs, Down Stairs’: Whose Interests are being Protected?

Peter McVerry SJ, November, 2009 The Parable John and Jane are tenants in the same house. John lives in a flat on the top floor. At 8 o’clock in the morning he pulls the curtains; the sun shines in. He looks out the window at the mountains in the distance rolling down to the sea.… Read more »

‘Frontloading’: The Case for Legal Resources at the Early Stages of the Asylum Process

In 1992, fewer than fifty people came to Ireland seeking asylum. From 1995, however, there was a rapid increase in the numbers applying for asylum, reaching a peak of 11,634 in 2002. Following the Citizenship Referendum of 2004 and subsequent legislative changes, and consistent with underlying trends internationally, the number of asylum applications fell significantly. By 2008, applications had declined to a total of 3,866 for the year, representing a 2.9 per cent decrease on the total of 3,985 in 2007, and a 200 per cent reduction on the 2002 figure.

The word ‘temping’conjures up an era when young secretarial workers moved from assignment to assignment, almost like a rite of passage, until it was time to take up a desirable employment opportunity and settle down. Nowadays, people in skilled occupations such as nursing and information technology often avail of the services of temping agencies as a way ‘to see the world’. 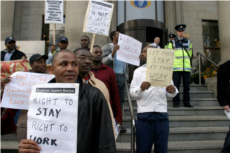 Context The Immigration, Residence and Protection Bill 2008 has come before the Dáil at a time when there has been a significant reduction in the number of new asylum claims being made in Ireland. In line with European trends, applications have dropped from a peak of 11,634 in 2002 to fewer than 4,000 in 2007.… Read more » 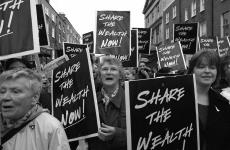 Critics of Ireland’s decade-long economic boom often, with an eye to justice, express considerable concern about ‘rising inequality and about the core features of the strategy adopted by the Government to combat poverty’.1 This is so despite the fact that since 1994 the percentage of the population living in ‘consistent poverty’ appears to have fallen from 16 per cent to 7 per cent.2 However, since the late 1990s, ‘relative income poverty’ has persistently remained around 20 per cent, higher than it was in 1994.3 Would it be more just to return to a poorer but more equal Ireland, or is this the wrong kind of question to ask? Can we say instead that this is not a choice Ireland needs to make?

Ireland has seen a dramatic economic boom over the past decade, with unprecedented levels of growth in employment and living standards. Unemployment has fallen very sharply and substantial numbers of migrants have been attracted to Ireland to work. Despite this, the numbers ‘at risk of poverty’ have grown – the ‘risk of poverty’ being a key measure of poverty among the EU’s indicators of social inclusion.1 There has also been considerable concern expressed about rising inequality and about core features of the strategy adopted by the Government to combat poverty.

Introduction The Government’s performance in recent years in relation to development cooperation has been hailed in many quarters as a considerable success. The decision in 2005 to re-instate the commitment to meeting the UN target of spending 0.7 per cent of GNP on development aid, and the achievement of the first interim target of 0.5… Read more »