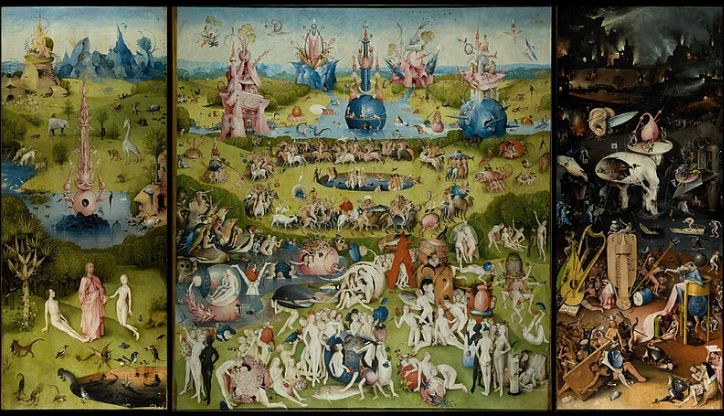 INTRODUCTION
While in the popular imagination, crime and sin tend to be joined in the same universe, when we look to the Christian tradition, we find a much more nuanced account of how these two concepts relate. While few would object to discussions of criminality, there is a knee-jerk hesitancy to engage any discussion framed in terms of sin. When we consider the history of modern penal institutions, and re-consider the Christian account of sin, we find that the older religious language has merits in terms of transparency and complexity that more popular terms lack. Even without any religious commitments, thinking in terms of “sin” allows us to think about penal policy in a reflexive fashion that is unexpected and profoundly timely.

THE CARCERAL STATE’S CAMOUFLAGED INTENTIONS
In Discipline and Punish, Michel Foucault, one of the most influential philosophers of the twentieth century, offers a genealogical account of the rise of Western penal systems. He recounts in vivid detail how discipline of the internal life of the convict displaced physical punishment, often in the form of public torture, as the level towards which penitentiaries directed their attention. In this shift, Foucault argues, the prison became a laboratory for the development of the institutions that make up much of modern life: schools, hospitals, even the public square. All to varying degrees now mimic this intention to form their participants into compliant subjects. Foucault always had a keen eye for how the power of religion was marshalled to support this effort. The chaplain was a key role in the emergence of prison regimes. A pastor was always required to facilitate and cultivate the transformation that the system was meant to generate. Communal prayers and religious readings, collective worship, and moral instruction were as much a part of the rehabilitative infrastructure as the doctors, psychiatrists, psychologists, educationalists, and other figures which came to be associated with “humane” penal systems. It remains a live question for those who are today engaged in such ministry: how to work within the carceral system without becoming captive to such co-option.

In the story Foucault tells, we see modern criminal justice systems as an evolving corrective apparatus. Whether in the key of punishment or rehabilitation, the language bound up around penal systems reveals its close overlap with theological concepts. Whether in terms of merit or sanction, renewal or retribution, Foucault exposes how even the most secularised account of penal systems will draw on structures historically borrowed and adapted from a pastoral setting.

This connection is remembered in modern literature. In Anthony Burgess’ classic novel of wanton criminality and society’s disciplining response, A Clockwork Orange (it is important to note that this is one of those instances where the book and the film diverge considerably!), the decisive line is pronounced by the prison chaplain, who ponders, “What does God want? Does God want goodness or the choice of goodness? Is a man who chooses the bad perhaps in some ways better than a man who has the good imposed on him?” Here, we begin to see how long after religion has receded from the policy concerns of a society, the prison can take on an indoctrinating task as explicit as any church. Is the promise of penal rehabilitation truly transformative, or is it a coercive training intended to yield willing compliance? How can an external force like the State induce an internal metamorphosis in the soul of a citizen? Beyond any fine-grained analysis of policy or articulate advocacy, is there not something irredeemably presumptuous about the contemporary carceral state? It is not enough for you to avoid crime. Once in its clutches, this vast enterprise intends to impose on you its definition of goodness through a process administered as much by the expertise of the teacher and instructor, the life-coach and the psychologist as by the prison officer’s more straightforward demands. As the chaplain in A Clockwork Orange makes clear, this totalised account of human life is inextricably religious in scale, if not in form. As Foucault has exposed, through prisons, the justice system intends to affect a conversion of the soul much more ambitious than the compliance of the body.

NOT THE WAY IT’S SUPPOSED TO BE
Sin, in theological terms, is a secondary concern. This is a particularly to-the-point way of saying that sin requires a prior state of harmony to make sense. For Christianity, the opposite does not hold. Love can exist and flourish without any sense of hate. Virtue could prosper without vice. Popular culture might imagine, informed by Star Wars movies more than any anything else, that sin is a balancing force to innocence or righteousness, standing in contrast as yin is to yang. But Christianity insists that the story is more interesting than that. In the classic theological tradition, sin is parasitic on love. The African theologian, Augustine, insisted that sin is a deprivation, a lack, an absence. Developing that idea, the modern Swiss theologian, Karl Barth, dubbed sin “the impossible possibility”. It does not stand as an equal yet opposite force to good, through which the balance of the Cosmos is somehow sustained. The Christian account, as Barth displays, demands a mystical response to this force which turns good things bad and existing things unexisting. Love does not compete to achieve parity with hate. Hate is the word we use to describe the baffling situation which tragically prevails when love is not where it should be. Forget the moralistic manuals. When thinking most clearly, Christianity is clear that sin is pure loss.

In this mode of understanding, sin is as much (if not more) a thing that traps us as it is a list of bad things we do or good things we fail to do. When it comes to crime, ignorance is no defence before the law. This is not the case with Christianity’s account of sin, which builds on the Hebrew idea that sin represents the corrosion of original peace, shalom. Notwithstanding how often Christian teachers have bypassed this rich tradition to take the opportunity to bash a Bible and bang a pulpit, in its richest expression, Christian theology conceives of sin as a complex dynamic where harm cuts in all directions. In the Hebrew Scriptures, sin is a category that only God gets to interpret, because diagnosing how culpability plays out in the maze of human interactions is beyond the ken of men and women. As Cornelius Plantinga puts it, “we not only sin because we are ignorant but we are also ignorant because we sin”.

Such zen-like contemplations can have real-world bearings on questions of policy. Thinking about sin in this frame undermines the stigmatizing effect that makes many slow to draw on religious language. But approaching the topic from this direction reveals the large gap that exists between “crime” and “sin”. If sin is seen as a vandalism of creation’s original peace, then it becomes clear how a thing can be sinful and legal, and more importantly, how a thing can be a crime and not at all close to sin.

This dynamic is not just the product of speculative theological musing. It is a reality testified to in the Scriptures. The long, detailed legal codes found in the Torah, which can be so off-putting to contemporary readers, are better understood as attempts to codify Israel’s collective intention to not mimic the apparent default setting of human societies to tend towards a bias for the rich and powerful, with a prejudice against the poor and the excluded. The preoccupation with apparently irrelevant details very often practically applied in terms of who gets to say what’s what, and how are laws and regulations composed (for example, the recurring codes related to weights and measurements, such as Leviticus 19:35). Writing centuries later, the prophets consistently call Israel back to this vocation, recognising how often control of the law allows the ruling class to pass off sin as licit and righteousness as crime (for example: Amos 5:10-13).

This issue of Working Notes has considered the concept of crime in the round. It is an idea which is handled in a fascinating manner in the Scriptures. There are crimes aplenty. People are robbed, premises are vandalised, violent attacks proliferate. Yet the narrative is consistently concerned primarily with the ironic tension that emerges when the realm of law/criminality intersects with the domain of morality/immorality. That dramatic tension does not always resolve in the fashion that might be expected. In the most famous instance of this showdown between criminality and sin, the guardian of the law (Procurator literally means “one who takes care of” in Latin), Pontius Pilate, stands before the convicted criminal Jesus and the text leaves the reader in no doubt as to whether or not the one condemned is the one trapped in sin (John 18:28-40).

CONCLUSION: REDEEMING SIN
In this light, we can see how the language of sin has a continuing utility both for those within the Abrahamic religious traditions and without. Sin, construed as the breach that is corrosive of states of harmony, allows us to go beyond static oppositions between criminality and immorality on one hand, and legality and righteousness on the other. Sin is a valuable imaginative construct that lets us describe the ways in which opposition to systems of injustice can be profoundly moral, even if they are declared illegal. It is much easier to accurately chart the ethical significance of, for example, the occupancy of vacant buildings in a time of housing crisis, if we are still able to draw on this rich category. We can only act in the world we can see, and the only way we learn to see is by learning to say. The language of sin allows us to see how those engaged in such illegal activity may be enacting a brave and necessary protest.

This is all the more relevant in an age when the State has the capacity to set moral agendas without explicitly declaring a moral crusade. Foucault’s critical genealogy trains us to see how the prison takes custody of the body with the ambition of achieving conversion of the soul. Such processes do not serve the aims of God, or justice, or primal peace, but the intentions of the powers-that-be. Those invested in policy formation have a particular responsibility to be alert to the grand aspirations that can be concealed inside mundane regulations. “Sin” gives us the ability to examine our motives, chasten our objectives, and remember the violence that can be hidden behind good intentions. In an age when we so desperately need the intellectual tools that allow us to test our assumptions, critique our values, and scrutinise the consequences of our actions, it would be an act of linguistic criminal neglect to not redeem a concept such as this.

Kevin Hargaden is the social theologian and team leader at the Jesuit Centre for Faith and Justice. His most recent book is a theological treatment of recent Irish economic history entitled Theological Ethics in a Neoliberal Age (Cascade: 2018).