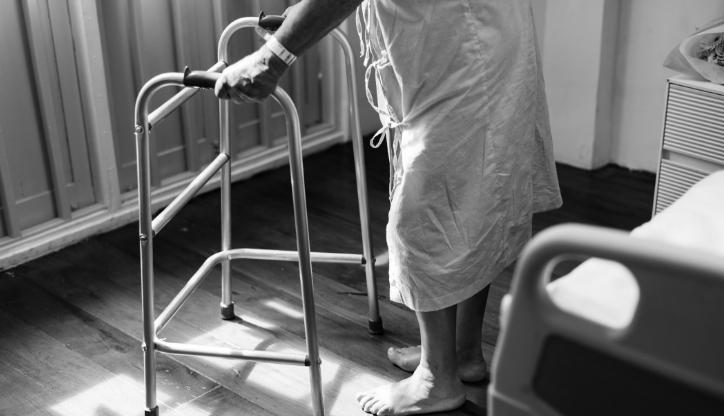 What constitutes a good healthcare system? Opinions differ, but the World Health Organisation (WHO) has simply defined it as one that: “delivers quality services to all people, when and where they need them.”1 This definition is closely aligned to the much-discussed concept of universal healthcare. While the term is somewhat ambiguous and often used without explanation, most commentators agree that universal healthcare encompasses individuals receiving the care they need without suffering financial hardship.2

A majority of European countries introduced universal healthcare (to a lesser or greater extent) during the 20th Century. However, Ireland remains an anomaly in Europe in not providing it. In this article, I explore some of the benefits of universal healthcare before examining the shortcomings of the Irish healthcare system and their potential for harm.

BENEFITS OF A UNIVERSAL HEALTHCARE SYSTEM

Countries adopt universal healthcare for a variety of reasons, but a compelling case for it derives from a concern with fairness and a belief that people should have access to healthcare regardless of their ability to pay. Underlying this is the assumption that adequate healthcare has a positive impact on health status. There are also other potential benefits to universal healthcare including economic benefits for both the individual and society.

While an individual’s health status is influenced by a range of social, economic and genetic factors, there is clear evidence linking positive population health outcomes and the delivery of a universal system where individuals can access needed services in a timely manner.

A review of international evidence on the links between expansion of universal healthcare coverage (defined as providing all people with access to needed health services of sufficient quality to be effective) and population health outcomes found that broader healthcare coverage generally leads to better access to necessary care and improved population health, particularly for poorer people.3 Quantifying the impact of universal healthcare on mortality in low and middle income countries, Margaret Kruk and colleagues found that 8.6 million deaths could have been prevented in 2016 if appropriate healthcare had been received in a timely manner.4 In the UK, a recent analysis found that the introduction of the National Health Service in 1948 (which largely provides healthcare free at the point of use) was associated with a reduction in infant mortality as well as a decrease in total mortality among lower social class individuals.5

In the US, under the Obama Administration, attempts were made to improve access to healthcare by increasing the number of people with insurance through the Affordable Care Act (2010). Reviewing how improvements in access to healthcare impacted on health status, Sommers and colleagues found that the expansion of health coverage significantly increased patients’ access to care and use of preventive care, primary care, chronic illness treatment, medications, and surgery.6 These increases appear to have produced significant and multifaceted benefits to health including earlier detection of disease, better medication adherence and better management of chronic conditions. While such benefits can take a number of years to be fully realised, the evidence also suggested that policies aimed at reducing coverage will cause significant harm to health, particularly among people suffering with chronic conditions who are on low incomes. 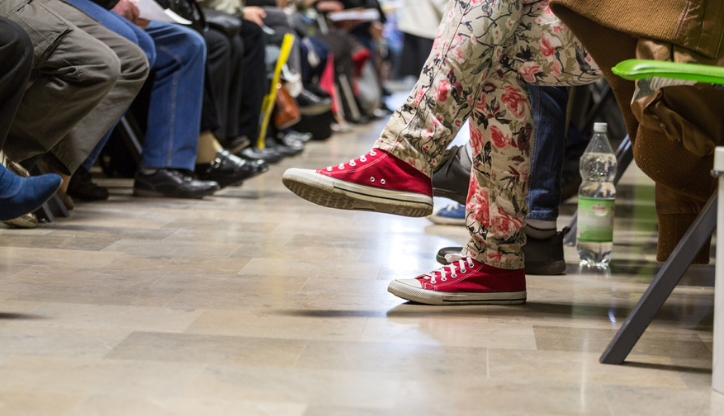 The available evidence suggests that the health benefits of introducing universal healthcare are most strongly experienced by those from lower socio-economic groups,7 largely because such individuals will be able to access healthcare under a universal system which previously was prohibitively expensive. Universal healthcare therefore not only has the potential to improve total population health but also to reduce health inequalities between socio-economic groups.

There are also likely to be positive impacts on psychological wellbeing. Such benefits may arise from knowing that one can afford and access healthcare when required. Evidence from a number of American studies indicates that the increase in healthcare coverage arising from the Affordable Care Act substantially improved patients’ perceptions of their own health,8 which in part may be explained by the knowledge that healthcare is available when needed without significant cost.

Without a strong health system that supports the health of the population, economic development will be constrained.
At the individual level, better health is often associated with higher income.10 While the direction of the relationship between health and income at the individual level is somewhat ambiguous (for example, does better health lead to higher income or higher income lead to better health?), those with better health generally have higher participation in education and in the labour force, contributing to higher incomes. The provision of universal healthcare ensuring that people receive healthcare, when required will help facilitate an individual’s participation in the labour market impacting positively on income, whilereducing social and economic inequality.

As noted earlier, Ireland is somewhat unusual in the European context for not providing universal access to healthcare provision. There are a number of features of the Irish healthcare system that potentially prevent people from accessing needed services. These include (but are not limited to) the high cost of accessing GP and other primary care services for those without a medical or GP visit card, regional variations in the supply and access to community-based services, and long waits for public hospital services. Also, the existence of private health insurance that can facilitate faster access to hospital-based services means that in some instances receipt of healthcare is determined by ability to pay rather than by need.

There is a small but growing body of Irish research that has looked at the implications of high out-of-pocket fees for accessing some healthcare services in Ireland. O’Reilly and colleagues, for example, found that almost 19% of patients (4% of medical-card holders and 26% of non-medical card holders) reported a medical problem in the previous year but had not consulted the doctor because of cost.15 A more recent study found that of those reporting an unmet healthcare need, 59% attributed their unmet need to affordability issues.16 Affordability issues were most common among those without a medical/GP visit card suggesting that they may be related to the high cost of accessing GP services for those who pay at the point of use. Recent analysis looking at accessing healthcare in Ireland prior to and during the recent economic downturn, found that the number of people reporting difficulties in accessing the doctor due to cost increased over time.17

While there is little Irish evidence on the health implications of these access issues, one study on experiences of hypertension found that those without a medical card (and therefore required to pay for GP and other primary care services at the point of use) were less likely to be treated compared with those with a medical card,18 with the outcome likely contributing to poorer health.

There are also access issues for hospital-based services, with waiting times for public elective surgery and Accident and Emergency in Ireland among the worst in Europe.19 Consequently, a significant proportion of the population purchase private health insurance to ensure more timely access. The Irish Cancer Society noted that there were striking differences in access for patients in the public system versus those in the private system for the majority of cancer diagnostic tests, with those able to pay (either through insurance or out-of-pocket) able to access more timely services.20

This issue of long waits for public hospital services and the differential timing between those with and without insurance came to public attention in 2007 when a cancer patient — Susie Long — spoke on national radio about having to wait seven months for a colonoscopy within the public health system compared with a three-day wait for a private patient for the same treatment. Her long wait resulted in a late cancer diagnosis, which potentially contributed to her early death. While cancer services were subsequently overhauled in Ireland, long waits and inequalities between those with and without insurance remain.21 Long waits are also a feature of accessing many community-based services including mental health services and home care supports.

While waiting (in particular for the treatment of non-life-threatening conditions) is a feature of all healthcare systems, the long waits in the Irish context inevitably have a detrimental impact on health and quality of life. For some, long delays may mean living with impaired health or quality of life for a longer period of time than would be the case if care was provided in a timelier manner. For others, the consequences may be more severe as health deteriorates further while waiting, meaning that the proposed treatment is less effective, or that the individual dies while awaiting treatment.

Difficulties in accessing health services in a timely manner also have implications for the healthcare system. For example, a deterioration in a person’s health as they wait for care may mean more sophisticated and more costly services are eventually required. Similarly, long waits for community-based home care services could contribute to longer hospital stays than are clinically required, reducing capacity in an already overstretched system.

In some instances, people can access services in a timely manner but in doing so incur significant out-of-pocket costs. A recent WHO report noted that 6.4% of the Irish population experienced catastrophic health spending in 2010.22 While higher than for many European countries, this figure likely underestimates the extent of financial hardship experienced by many people in Ireland given that the figure does not include private health insurance premiums which can equate to a significant proportion of a household’s income.

Reform of the Irish healthcare system

Recognising the many failings of the Irish healthcare system, various reforms have been proposed over the past 100 years.23 However, it was not until 2011 that an Irish Government committed to a universal healthcare system.24 While the proposals, based on a system of Universal Health Insurance, were later abandoned on cost grounds, the possibility of introducing universal healthcare has remained on the political agenda. In 2016, an all-party parliamentary committee was established with the aim of achieving a long-term vision for healthcare and the direction of health policy in Ireland. The committee’s final report (Sláintecare), published in May 2017, noted the need to move towards equitable access to a high quality, universal single-tier health system for Ireland where people are treated on the basis of need rather than ability to pay.25 The report recommended the introduction of universal GP and primary care, reducing or removing out-of-pocket fees and substantially increasing public healthcare expenditure and capacity in a tax-funded system. However, despite the cross-party political commitment to universal healthcare, the adoption of these recommendations by Government is not a foregone conclusion and progress has been slow. While an implementation plan was published by the Government in the summer of 2018, there has been little practical implementation of the Sláintecare recommendations. The Irish healthcare system therefore stands at a crossroads and it remains to be seen if and when universal healthcare will be delivered in Ireland.

The Irish healthcare system is characterised by financial barriers to access, inequalities in the supply of various community-based services and long waits for both community and hospital-based services. These features have contributed to people not receiving appropriate healthcare services in a timely manner. While lacking an extensive evidence base, it is inevitable that the non or delayed use of healthcare has a detrimental impact on peoples’ health and quality of life. To minimise further harms, the evidence points to an urgent need for reform of the system to ensure that all people can access quality healthcare services, when and where they need them.

Dr Sheelah Connolly is a Research Officer at the Economic and Social Research Institute (ESRI). Her research interests include the social and economic determinants of health and the operation of health systems.