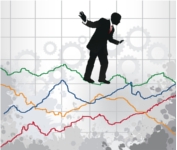 Crisis Much of the world is going through the biggest financial and economic crisis since the Great Depression of the 1920s and 1930s.  While the crisis is not as severe as that of the Great Depression, its effects are more widespread, owing to globalisation and the interconnectedness of national economies.  It is causing much suffering,… Read more »

Co-operatives and the Economic and Environmental Crisis

Introduction The current economic and financial crisis has had an enormous impact across the world. Here in Ireland, we have experienced the harsh consequences of a sharp reversal of economic growth. During 2009, there was estimated fall of over 7 per cent in GDP, and of more than 10 per cent in GNP. Both measures… Read more »

A call to justice for the poor and marginalised is to be found in the three major monotheistic faith traditions. The Hebrew tradition specifically mentions the need for justice for the poor in their lawsuits.1 In Christian scriptures, scribes or lawyers were encouraged to foster justice, especially among the poor and widows. A similar call to justice can be found in the Quran,2 alongside calls to charity.3 Each tradition is intimately linked to law, and emphasises the need for its careful application with justice and mercy.

Justice in Recession: Statement on the Current Economic Situation

It is no exaggeration to say that people in Ireland are in a state of shock at the suddenness and severity of the downturn in the country’s economic situation. In so far as we thought about ‘Ireland after the Celtic Tiger’, most people assumed it would be a time where growth would be slower, but more sustainable, where there would be ‘a soft landing’ for house prices, and where the gains of the boom years would be consolidated. We did not envisage an economic recession, a deep and widespread crisis in the financial system, a sharp rise in unemployment, and considerable anxiety about the future.

Doing Business and Doing Good: The Role of Business Ethics

Down the ages, some currents of thought have seen business as incapable of being honourable, and barely able to be honest, since honest business will always be at a disadvantage in competition with dishonest business. On this view, neither business, banking, investment, profit-making, nor entrepreneurial initiative promote the good of individuals or society. Business ethics… Read more »

Connecting Debt and Trade from a Development Perspective

How Do We Define ‘Development’? Before examining the connections between debt and trade, it is worthwhile to reflect on what we mean when we talk about a ‘development perspective’. It is now widely accepted that economic models that are not people-centred have led us to the current global crisis of deepening poverty, degradation of rights,… Read more »

Economics is central to public policy and economic policy affects centrally the lives of citizens. Economics allows us to explore the likely outcomes of particular economic activities and to examine how policy impacts on different groups in society – who benefits and who loses – and to come up with proposals for change.