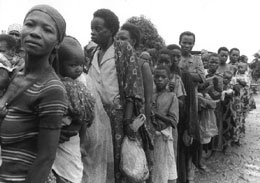 John Dardis SJ is the Irish Jesuit Provincial and was formerly Regional Director for JRS Europe The Jesuit Refugee Service was set up twenty-five years ago by Father Pedro Arrupe, Superior General of the Society of Jesus, at a time when the people fleeing Vietnam in boats were high profile on our TV screens. Now… Read more » 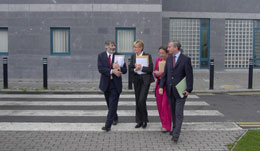 To Detain or Not To Detain?

In January 2004, the United Nations Secretary General, Mr Kofi Annan, heavily criticised the policies of the European Union towards refugees and migrants. In a speech to the Members of the European Parliament, he spoke of ‘offshore barriers’ and of ‘refused entry because of restrictive interpretations’ of the Geneva Convention relating to the Status of Refugees. He said that asylum seekers are ‘detained for excessive periods in unsatisfactory conditions’

Christmas is a time for home coming. In many different parts of the world people make enormous efforts, and travel long distances, to spend Christmas-time with their families, even if only for a few days.