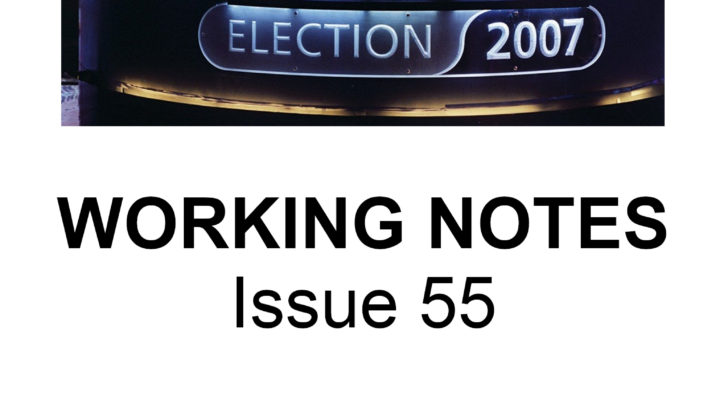 Voting in Pursuit of Justice

The Forthcoming Election The imminence of the third General Election since the Irish economic boom began provides an opportunity to consider how far we as a people, residents of one of the wealthiest countries in the world, are concerned with eliminating poverty and injustice. It is without question that high levels of economic growth, which... Read more »

Introduction The Government’s performance in recent years in relation to development cooperation has been hailed in many quarters as a considerable success. The decision in 2005 to re-instate the commitment to meeting the UN target of spending 0.7 per cent of GNP on development aid, and the achievement of the first interim target of 0.5... Read more »

One of the notable features of prosperous Ireland has been its level of spending on alcohol and illegal drugs. The Strategic Task Force on Alcohol report of 2004 calculated that the country’s annual expenditure on alcohol of nearly €6 billion of personal income in 2002 represented €1,942 for every person over fifteen years of age.1... Read more »

If the Dáil we elect at the forthcoming General Election lasts a full term, it will oversee the whole five-year period of Ireland’s commitment under the Kyoto Protocol (2008–2012). It will also cover the period during which the international negotiations to agree new and more challenging commitments to reduce our climate-changing pollution will be conducted.

Tough on Crime or Tough on Criminals? While it may be difficult to predict the outcome of the forthcoming General Election, it is somewhat easier to make accurate predictions about the issues that will surface as the election campaign unfolds. Crime will almost certainly feature prominently and we can safely expect that the political parties... Read more »

Everyone agrees that ‘health’ will be one of the major issues in the coming General Election. In reality, however, it is not health but health services that will be the focus of debate. But the state of the nation’s health ought to merit some serious attention, and some promises of action, by those who would... Read more »

If, as predicted, the number of new houses built during 2007 shows a decline on the 2006 figure, this will represent a notable break with the significant upward trend in housing construction that has been such a feature of the past decade. Whereas 26,500 houses and apartments were built in 1995, the number rose to... Read more »

Ireland has seen a dramatic economic boom over the past decade, with unprecedented levels of growth in employment and living standards. Unemployment has fallen very sharply and substantial numbers of migrants have been attracted to Ireland to work. Despite this, the numbers ‘at risk of poverty’ have grown – the ‘risk of poverty’ being a... Read more »