82: A Republic of Missed Opportunities 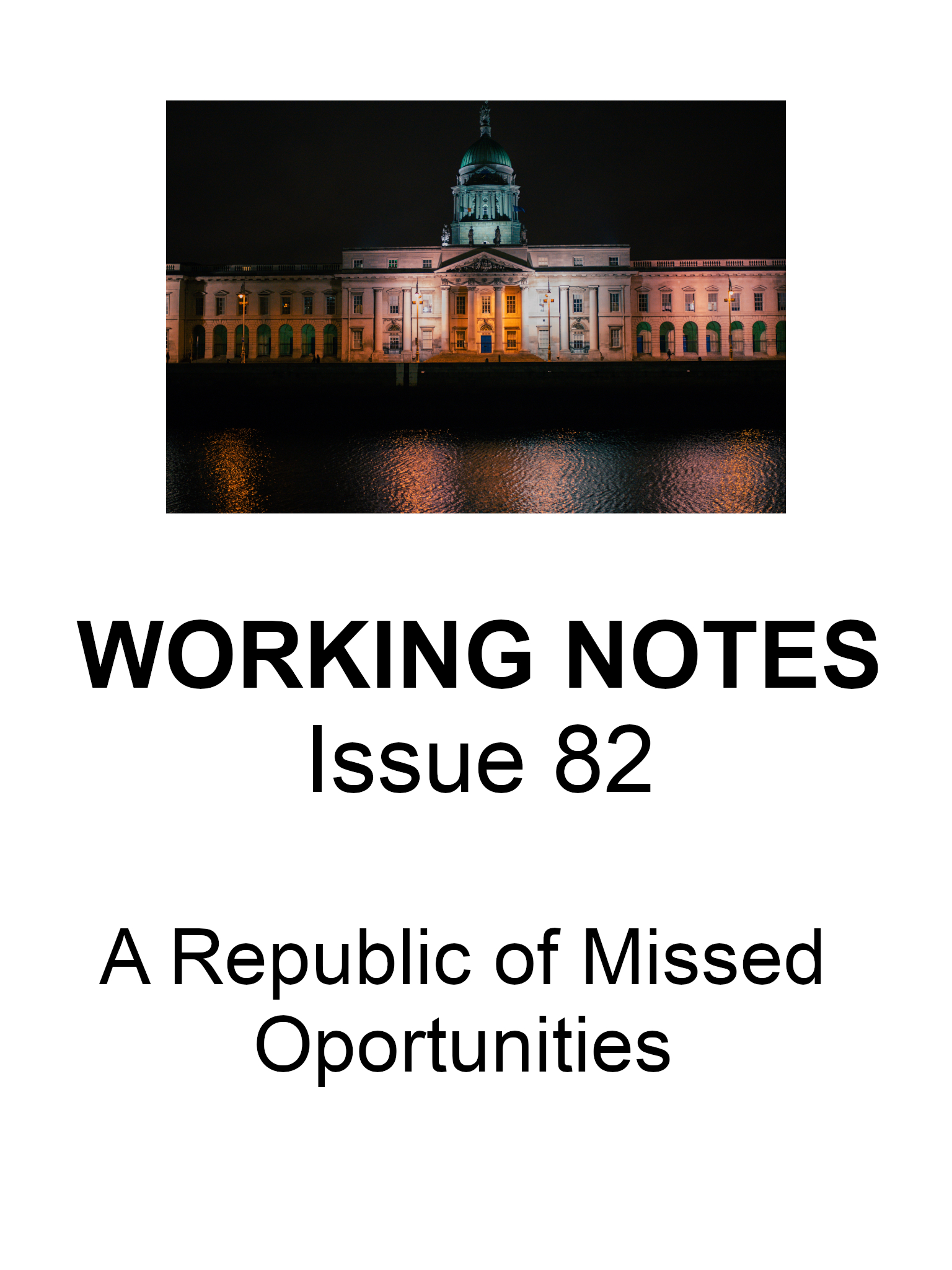 As a society, Ireland puts effort into remembering. Orchestrated campaigns have been launched for the “decade of commemorations,” as we mark the centenary of the decisive events, from the 1913 Lock-out to the cessation of the Civil War in 1923, that established modern Ireland. Yet right in the middle of that period, in 2018, we reach the landmark ten years since the end of the Celtic Tiger.

As Ireland considers its distant past, its present reality is shaped by the decisions made in autumn 2008. Reflective pieces on this last decade of economic turmoil tend to take a financial bent and imagine a happy future where the Tiger roars again. It seems that no remembering of this last decade can be conducted which is not centred around analyses of GDP, GNP, and official statistics.

In this issue of Working Notes, we take up the task of remembering the last decade. Yet we have consciously stepped away from the econometric vocabulary which has become a sort of lingua franca for policy discussions. We have turned to geographers, environmental philosophers, scholars of media, and experts in Anglo-Irish literature, to recall the story of the last ten years from fresh perspectives, opening up vistas for reflection and opportunities for discernment which are obscured when we imagine that economic history is about the economy, not the people who constitute it.

Cian O’Callaghan takes us on a tour of our infamous ghost estates. Sadhbh O’Neill considers the missed opportunities of the last decade in terms of adapting to climate change. Henry Silke introduces us to the study of media framing which gives us a distinct angle on how we understand the years since 2008. And in an interview with Marie Mianowski, we look at how novels have tracked our collective interpretations of these difficult years.

In an important recent publication, the Vatican suggests that “the recent financial crisis might have provided the occasion to develop a new economy.”1 In Ireland, that opportunity has been missed. But as we reflect on the last decade, it is possible still to conceive of a future that escapes the dead-ends of the past.

1 Congregation for the Doctrine of the Faith and Dicastery for Promoting Integral Human Development, ‘Oeconomicae et Pecuniariae Quaestiones’ (Vatican, 17 May 2018), §5. http://press.vatican.va/content/salastampa/en/bollettino/pubblico/2018/05/17/180517a.html