79: Justice in the Global Economy 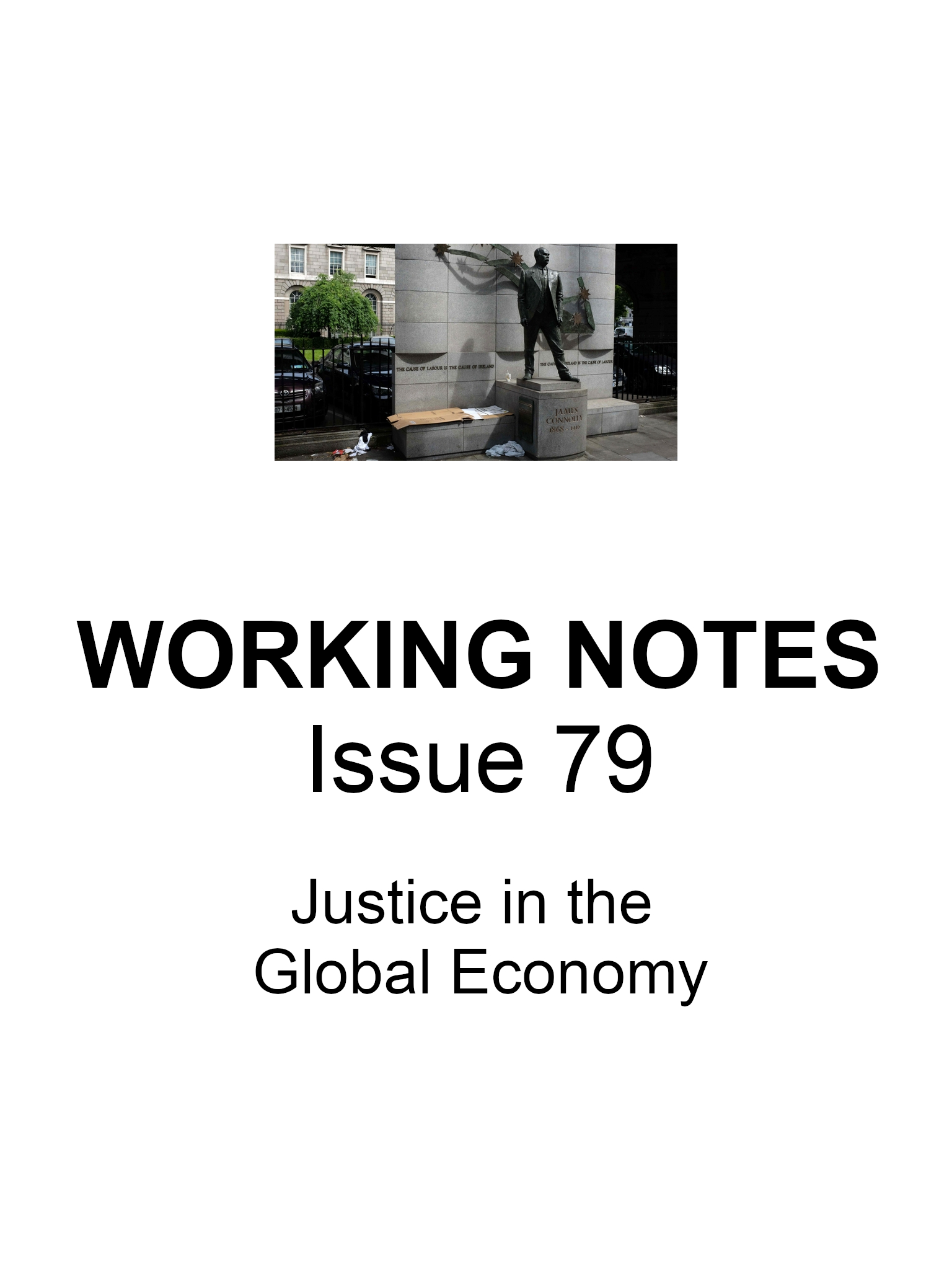 In February 2016, the Jesuit Secretariat for Social Justice and Ecology and for Higher Education in Rome published a Special Report on Justice in the Global Economy. The Report was compiled by an international group of Jesuits and lay colleagues in the fields of social science and economics, philosophy and theology. It understands itself as part of the thrust of the pontificate of Pope Francis with his insistence, particularly in his Apostolic Exhortation, Evangelii Gaudium (2013), and his Encyclical Letter, Laudato Si’ (2015), on the need for action in the face of ongoing poverty, growing inequality, and severe environmental degradation:

‘We are faced not with two separate crises, one environmental and the other social, but rather with one complex crisis which is both social and environmental.’ (Laudato Si’, 2015, § 139)

This issue of Working Notes is a response to the Report, focusing specifically on two major themes: the changing nature of work and the implications for inequality and social justice, and the unattended fragility of our common home.

In the opening article, Professor James Wickham challenges the view that any job is better than no job, and argues that economic growth does not automatically create more and better jobs. Growing social inequality, he notes, is partly caused by the very types of jobs that are being created: more good and well-paid jobs but also, crucially, more bad and poorly-paid jobs. Work, Professor Wickham argues, is becoming increasingly precarious, and these changes militate directly against equality and social justice.

Writing about the unattended fragility of our common home, Catherine Devitt describes how, since the middle of the 20th century, human activity has become the main driver of environmental change. This activity, she argues, is attributable to a global economic system based on international trade, resource extraction, and consumption. Although some have benefited from these processes, a sizeable proportion of the global population is excluded. In a time of environmental decline, poorer communities are more exposed to environmental hazards, and the human health effects. Yet market-based policies are often used to address the problems they help amplify in the first instance. She argues that a new economic vision is required, a vision that improves and sustains well-being for all, and protects nature. Devitt concludes by highlighting the particular role Jesuits can play, and reiterates many of the recommendations laid out in Justice in the Global Economy on how Jesuits can respond.

In his article, Gerry O’Hanlon SJ writes that one of the key problems in contemporary Irish society is the difficulty in linking challenging issues – such as those presented in Justice in the Global Economy – with an operative grasp of faith and spirituality. The result, he argues, is that our faith is not the dynamic motivation it might be in the struggle for a better world. He outlines what he identifies as ‘steps towards a renewed theology’; lines along which we might be able to ignite the contemporary imagination required to help move us towards the social and ecological conversion that Pope Francis sees as crucial to addressing the current ecological and social crisis.

Finally, Brian Flannery explains how the promotion of justice is an integral part of a Jesuit education. In responding to the contents and recommendations of Justice in the Global Economy, he outlines the various initiatives and activities taking place in Jesuits schools in Ireland, and charts the significance of social justice in what a Jesuit education aspires to be. In Ireland, admission to a number of Jesuit schools is based on a fee-paying structure. He argues that we need to ask if the challenges of our time require a more radical response and commitment than has been demonstrated to date. He concludes with the charge that Jesuit institutions should evaluate whether or not they are creating leaders of positive change, and if not, why not.