78: The Search for Refuge 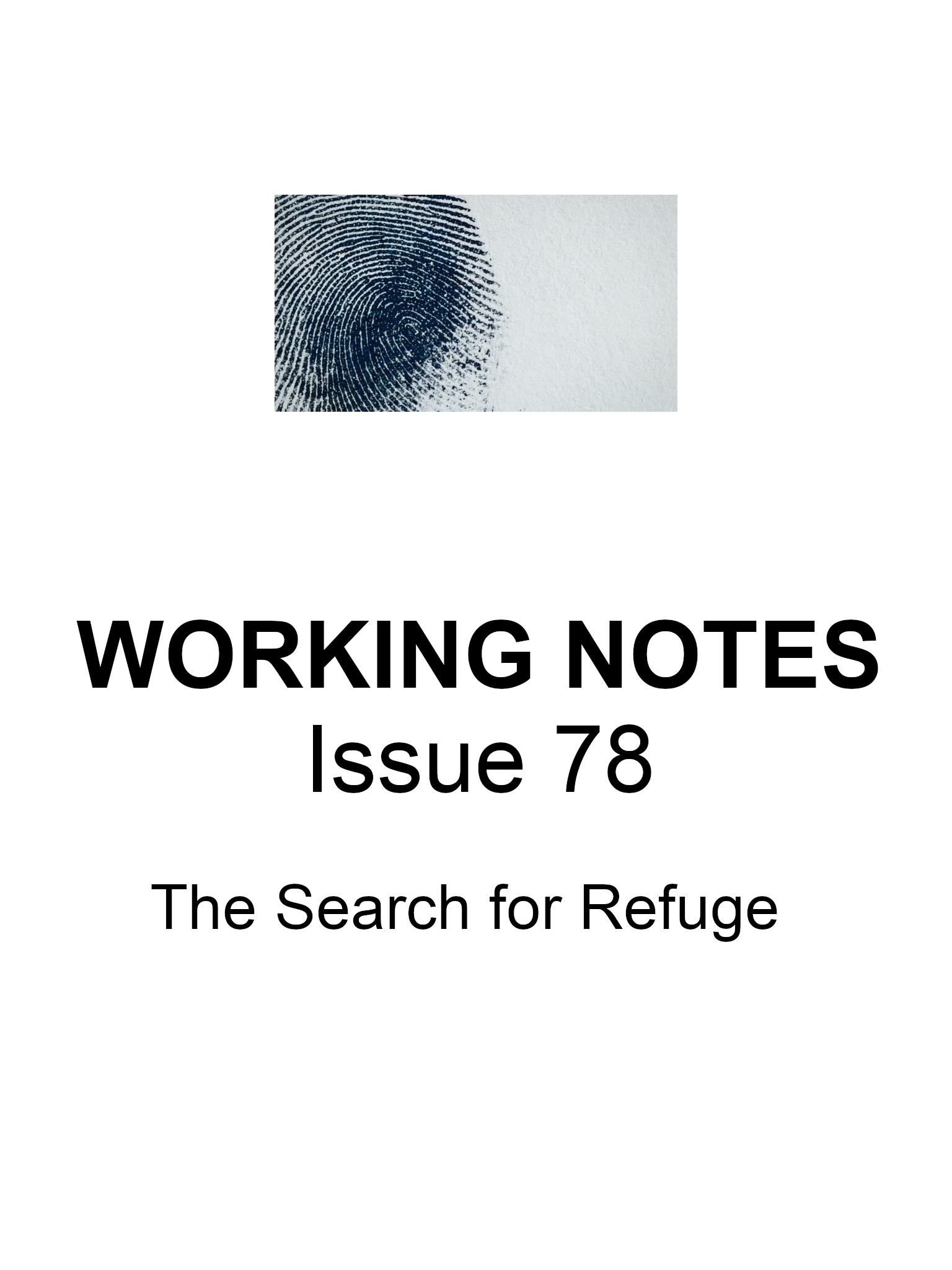 During 2015, in excess of one million refugees and migrants risked their lives in crossing the Mediterranean Sea to enter the European Union. More than 3,700 people, one quarter of them children, died by drowning during the attempt. Europe’s experience of increased forced migration is just one element of a global phenomenon of  escalating displacement of people, as a result of conflict, persecution, extreme poverty, and other human rights violations. The United Nations High Commissioner for Refugees estimates that there are now, worldwide, almost 60 million displaced persons, the highest number since World War II.

Pope Francis, in an address to the Jesuit Refugee Service in November 2015, reminded us that: ‘Behind these statistics are people, each of them with a name, a face, a story, an inalienable dignity which is theirs as a child of God’.

The EU response to the increased arrival of people seeking refuge has been severely inadequate and is characterised by deep divisions in approach and values. Responsibility for receiving and processing refugee claims is unevenly distributed across Member States, disproportionately falling on Italy and Greece, as the main points of arrival, and on a small number of Member States (Germany and Sweden, in particular), as the countries which the majority of refugees have been seeking to enter. During 2015, the EU Agenda on Migration, including ‘relocation and resettlement’ schemes, was agreed, in an attempt to distribute responsibility for refugees among Member States in a more equitable manner. However, the schemes have the capacity to reach fewer than 100,000 people annually over a two-year period – not even one tenth of the number who arrived in Europe by sea in 2015. In reality, these responsibility-sharing mechanisms among Member States are not working: by mid-March 2016, fewer than 1,000 people had been relocated from Italy and Greece.

In Ireland, the political response to the refugee crisis has not reflected the generosity and willingness to help expressed by many individuals and communities. Ireland has made a commitment to provide 4,020 resettlement and relocation places over a 24-month period. Although this exceeds the minimum expected under EU quotas, it falls far short of what is required given the scale of need. Ireland can and should do more.

As this country faces the question of how it can provide a more generous response to the great numbers of people arriving in Europe, the situation of those who have already applied for protection under the existing Irish asylum system must not be forgotten. Hidden from sight in Direct Provision centres across the country are people who have spent years in the protection process, ‘with no end in sight’. In February 2015, more than 40 per cent of applicants for protection in Ireland had been five years or more in the system. The human costs of living in Direct Provision include institutionalisation, adverse effects on family life and on children, damage to mental health, and the rendering obsolete of skills and qualifications. To a large extent, these effects arise from or are exacerbated by the excessive length of time applicants spend in the system.

On 30 June 2015, a Government-appointed Working Group published a report providing the first comprehensive review of the Irish protection process, including the Direct Provision system. The Group’s report sets out detailed recommendations for reforming the protection process, eliminating excessive delays in determining claims, and improving the living conditions and supports for asylum seekers while applications are being processed. These recommendations were agreed to by all members of the Working Group, including representatives of relevant government departments and statutory bodies.

The proposals of the Working Group aimed to ensure that Ireland has a fair and transparent protection process which is providing final determinations in a timely manner – that is, within twelve months. The Working Group identified the extra resources required to implement the proposals it made to address the situation of those longest in the system. It also identified the significant additional resources that would be required to enable the new ‘single procedure’ for processing applications, provided for in the International Protection Act 2015, to operate efficiently, once this legislation is commenced. The Working Group highlighted that, if the State fails to adequately resource the authorities which have responsibility for processing claims, it will incur far higher costs in accommodating and supporting applicants over the long term. The excessive delays, with all the associated human costs, that have characterised the current system will continue.

Resources will also be required for additional infrastructure and processing capacities needed to implement Irish commitments under EU resettlement and relocation programmes. These must be additional resources, not a re-allocation from existing budgets, if Ireland is to be able to meet its current and future obligations to all those who seek refuge in this state, regardless of how they have entered the country.

As large numbers of people have continued to seek access to Europe, the response has increasingly been one aimed at excluding entry. EU Member States have reintroduced internal border controls and the main thrust of the EU–Turkey agreement, concluded in March 2016, is to ‘stem the flow’ of people seeking refuge in Europe, clearly denying the right to seek asylum through excluding access to the territory. This is compounded by the enforced removal from Greece of people seeking refuge and their return to Turkey, a state with a poor human rights record.

In this context, Ireland has a moral obligation to try to do more than comply with failing EU initiatives. This state could choose to voluntarily resettle vulnerable refugees from countries bordering Syria, such as Lebanon and Jordan. Ireland could, for instance, progressively increase its resettlement commitments towards 22,000 places – which would represent just 0.5 per cent of the country’s population.

The time for action is now.

John Guiney SJ is Director of the Jesuit Centre for Faith and Justice.