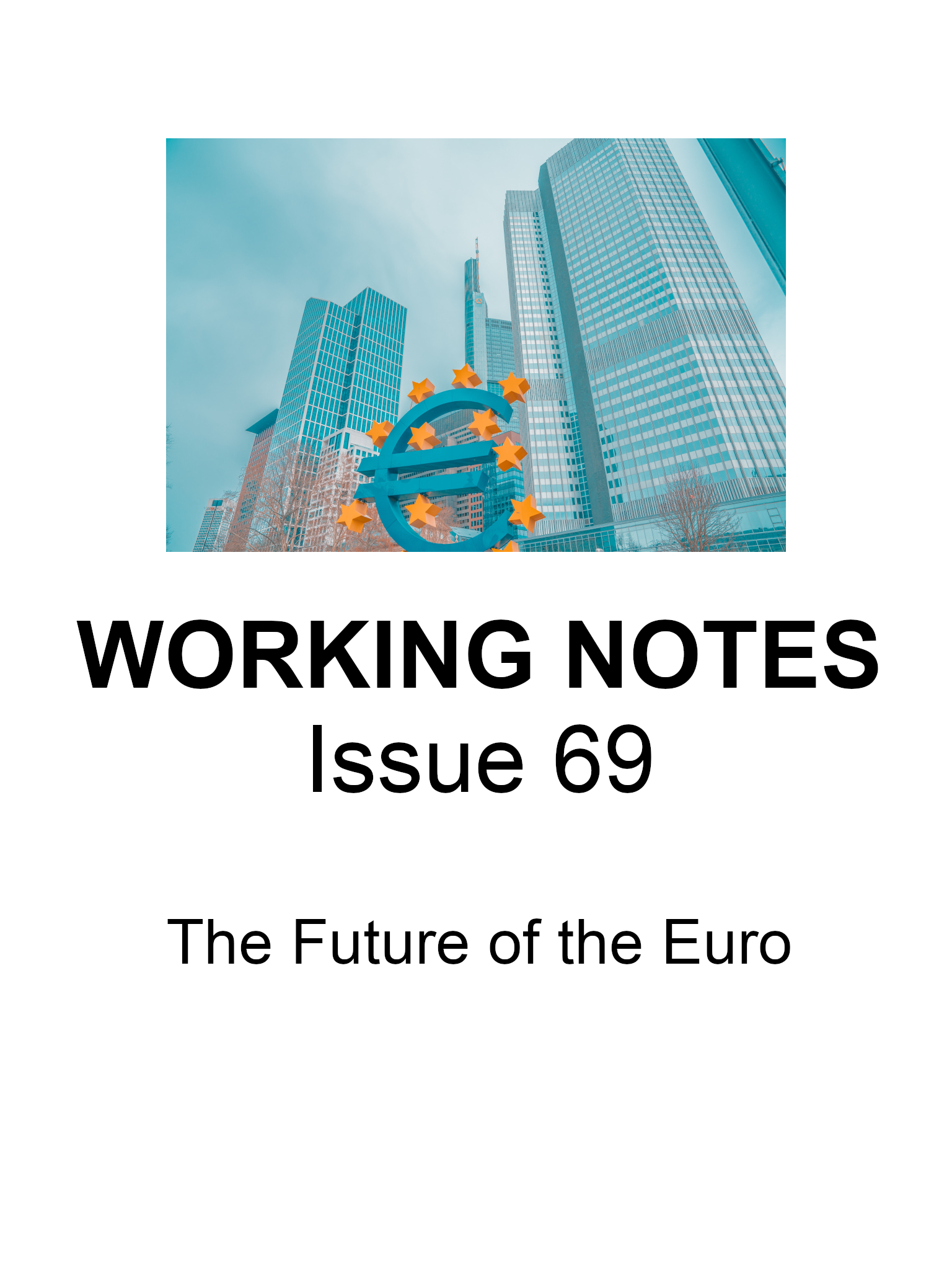 This issue of Working Notes focuses on the economic crisis in Europe, and in particular the deepening crisis in the euro zone countries. The Jesuit Centre for Faith and Justice is one of a number of Jesuit social centres in Europe featuring articles on these topics in Jesuit-published journals during spring/summer 2012.*

In the opening article of this issue, Kevin O’Rourke provides an historical perspective on the development of European Monetary Union (EMU) and the difficulties with which it is now faced. He suggests that the process of designing EMU in the 1980s reflected ‘the intellectual fashions and policy preoccupations of that decade’. These fashions and preoccupations were ‘at odds’ with Europe’s post-war tradition of social democracy (which had both shaped the economic and social policies of individual countries and influenced the movement towards European integration) and at odds too with the economic lessons of the 1930s. He argues: ‘Europe needs to relearn those lessons, and re-engage with its social democratic past, if it is to survive this crisis unscathed’. He points to the dangers of the ‘drive towards generalised austerity’, and suggests that it is not just the economic harm of such an approach but the even higher political costs in the longer term that should be of concern.

In the second article, Tom McDonnell writes that the creation of a European single currency was ‘arguably the most ambitious experiment in monetary union ever undertaken’, with the euro instantly becoming the second most important currency on the planet. However, over the past four years the twin sovereign and banking crises have exposed the deficiencies and internal inconsistencies of the ‘architecture’ of EMU. Tom McDonnell suggests that many of these architectural flaws can be remedied, and that ‘ultimately the success or failure of EMU will come down to political capacity and will’. He argues that changes to the system of economic governance of the EU need to include monitoring of social indicators such as poverty rates and income distribution, and concludes: ‘The euro zone of 2020 should be a union that puts social justice centre- stage’.
The social impact of the euro crisis, and of the overall economic situation in the EU, is the theme of an article by Robin Hanan of the European Anti Poverty Network (EAPN) Ireland. Drawing on information and analyses assembled by EAPN members throughout Europe, he shows the multiple and in many cases devastating social effects of the crisis. Not only has unemployment risen significantly but in many countries there has been curtailment of employee rights, as well as an increasingly harsh application of work activation policies. Living standards have been squeezed from many directions, with reductions in incomes, increases in taxes and charges, and cuts in benefits and services. Robin Hanan argues that austerity policies risk undermining social rights and the European social model. He calls for social impact assessments of the causes and consequences of the crisis and a re-think of the development model that has predominated in recent decades.

In the final article of this issue, Ray Kinsella and Maurice Kinsella suggest that the post-2007 global financial crisis is above all an ethical crisis, which has seen a collapse of solidarity within the European Union. They argue that, in the aftermath of the Second World War, it was the principle of solidarity which generated the dynamic for a new beginning – one which opened the way for the nations of Europe to build economic and social relationships based on shared values such as freedom, justice, equality and mutual respect. That solidarity has, they suggest, been ‘crowded out’ in the EU’s management of the euro crisis; there has been an absence of vision, a failure of leadership, a marginalisation of the people of Europe from the decision-making process and the imposition of heavy burdens on weaker Member States. In the authors’ view: ‘Unless and until the true meaning of solidarity is rediscovered and reanimated within the political leadership of the EU, there is unlikely to be economic stabilisation and recovery.’