68: After the Housing Bubble 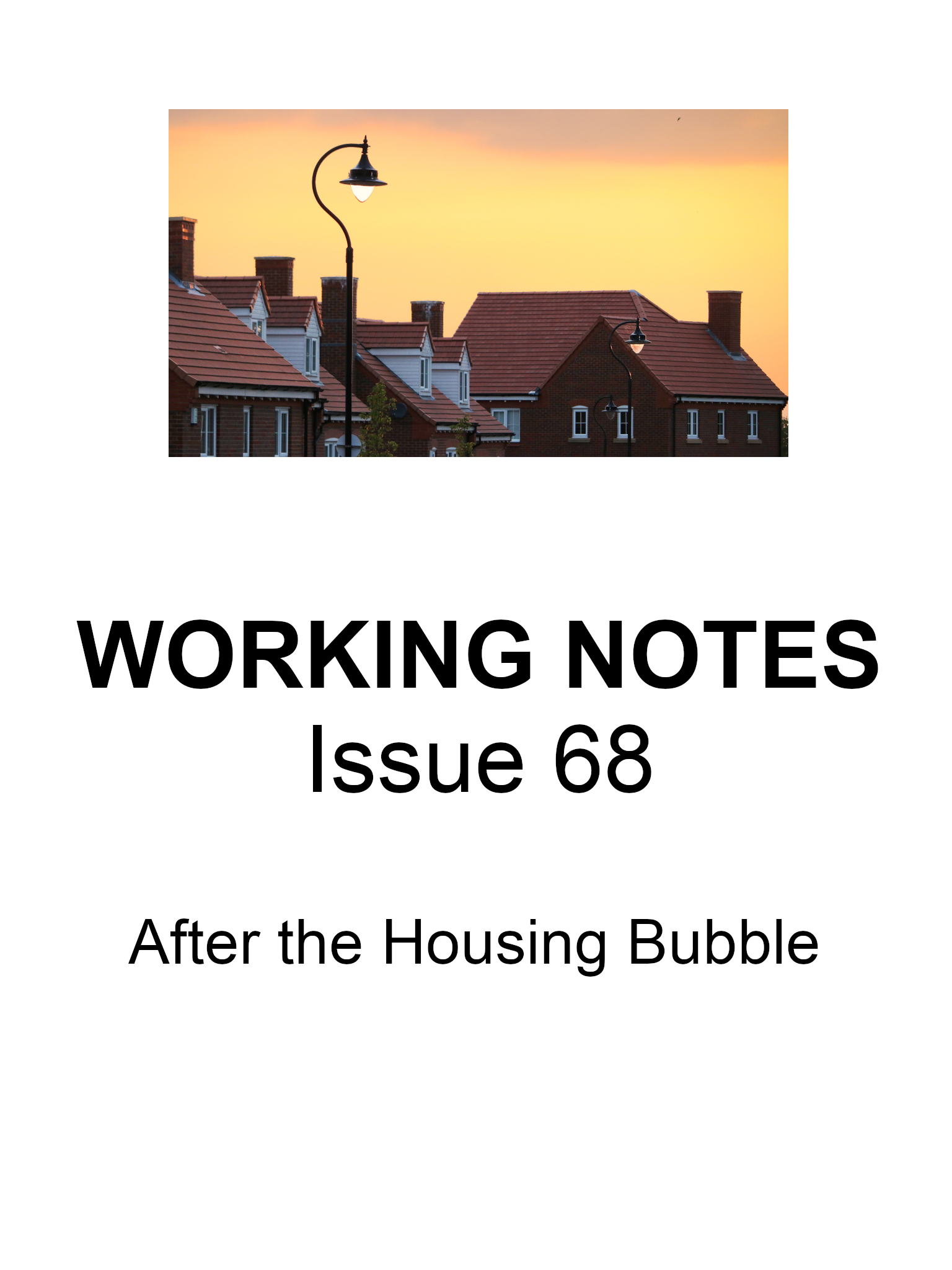 The Housing Policy Statement, issued by the Department of the Environment, Community and Local Government in June 2011, declared that the ‘overall strategic objective’ of the Coalition Government’s housing policy would be ‘to enable all households access good quality housing appropriate to household circumstances and in their particular community of choice’. In reality, this is a re-statement, an updated wording, of the long-standing official aim of Irish housing policy; its most immediate predecessor was worded thus: ‘to enable every household to have available an affordable dwelling of good quality, suited to its needs, in a good environment and as far as possible at the tenure of its choice’.

We are now all too aware of how readily the core objective of official housing policy was lost sight of during the housing boom, and of how the interests of investors, developers and land-owners, and the concern to maximise returns from housing-related taxes and charges, took priority over protecting and promoting the right of all citizens to have access to adequate housing.

The critical issue now is whether the newly restated ‘overall objective’ of housing policy will actually be implemented. Will it be allowed to influence and shape all Government actions which impact on housing, including planning laws and regulations; taxation policies affecting investors, developers and home owners; the operation of NAMA; the State’s own role in providing or subsidising social housing? In the face of the demands of vested interests, will those responsible for implementing the housing policy be able to fulfil the promise contained in the Statement that, in the future, policy ‘will neither force nor entice people through fiscal or other stimuli to treat housing as a commodity and a means of wealth creation’?

Three of the articles in this issue of Working Notes highlight some of the consequences of failures of past, and current, housing policy in Ireland.

In the opening article, Michael Punch considers the ‘housing vulnerability’ that is now the experience of tens of thousands of households in Ireland, instancing the mortgage debt crisis, the dramatic rise in the number of households on the waiting lists for social housing, and the precarious situation of the many households on low incomes in poor- quality private rented accommodation.

Peter McVerry SJ writes about the increase in the overall number of people becoming homeless and the rise in the number unable to access even emergency accommodation. He points out that the 2008 Homeless Strategy promised a new era for services for homeless people, with 2010 set as the target date for achieving two key objectives, namely, an end to the need for any person to sleep rough or to remain in emergency shelter for longer than six months. He attributes the failure to achieve these targets to the decision to rely on the private sector to provide accommodation for people moving out of homelessness, rather than the direct provision of social housing through local authorities and voluntary housing bodies.

Patrick Hume SJ draws attention to the very limited consumer protection offered to house buyers in Ireland, and argues that in many respects the classic defence of ‘let the buyer beware’ continues to prevail in the property market. He notes the extremely inadequate enforcement system in regard to the State’s own building regulations, and urges action to strenghten this system and address the many other deficits in protection for home buyers.

In the final article in this issue, Eugene Quinn reminds us that 2011 marks the sixtieth anniversary of the UN Convention Relating to the Status of Refugees. He notes that critics of the Convention claim that it fails to meet many of the demands now being placed on it as a result of the changing and increasingly complex nature of displacement, but he argues that its deficiencies do not mean it is irrelevant or unworkable, though it does require constant review. The Convention, he says, has enabled millions to find refuge over the past sixty years, and it provides a solid foundation on which to build supplementary systems of protection for those who fall outside its remit.