64: What Direction for Recovery? 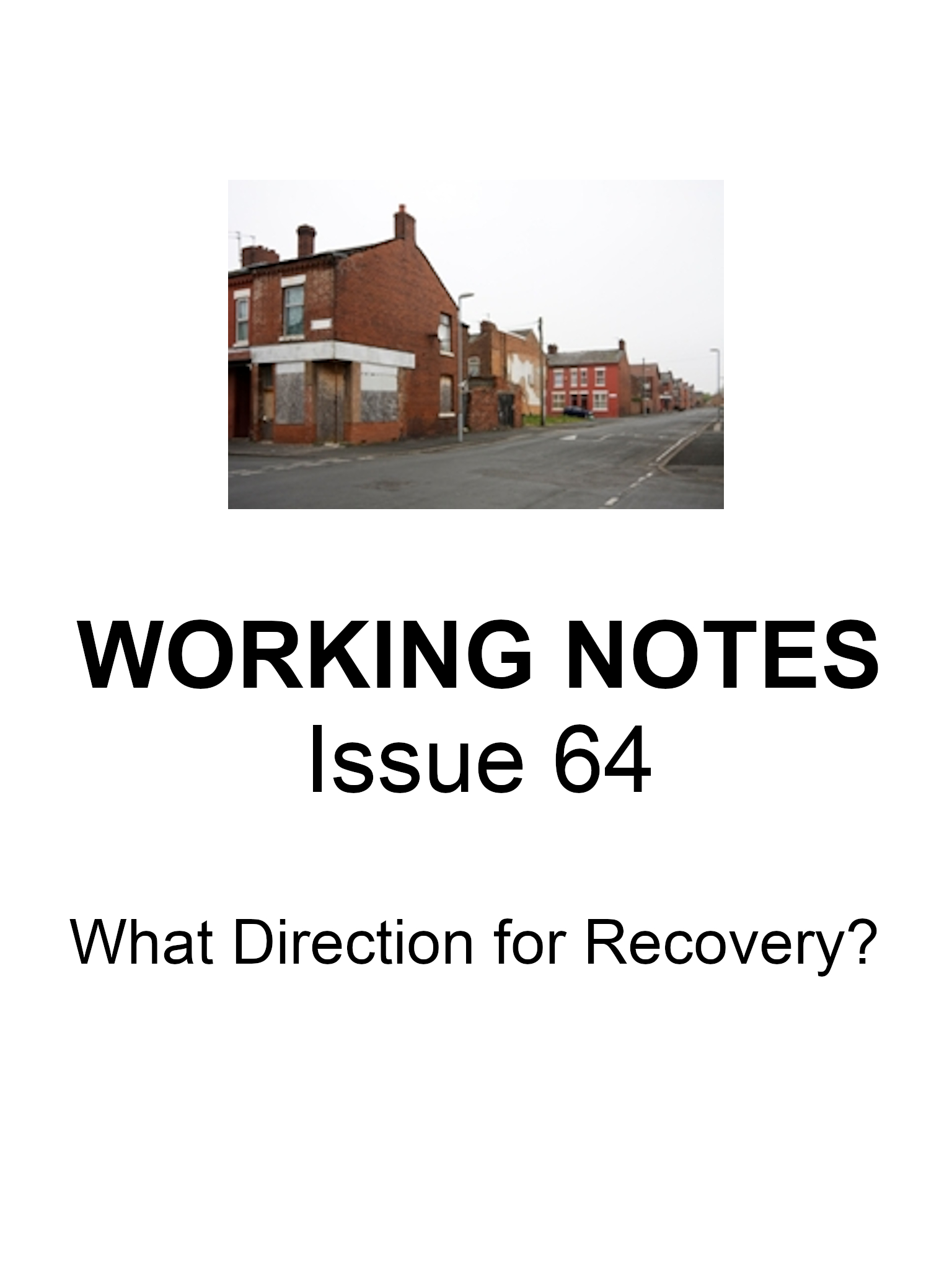 Even as the global economy shows signs of recovery from the financial and economic shocks of the past two years, worrying questions remain. Just how robust is the recovery: is it possible we may yet face a ‘double dip’ recession? How long until economic growth translates into a fall in unemployment? How severe will be the social, as well as the economic, impact of governments having to deal with the public debt incurred in order to prevent a deeper recession?

More fundamental questions are also emerging. The word ‘recovery’ implies a return to a desired state. However, it is increasingly being argued that resumption of a consumption-driven and environmentally-damaging form of growth is neither feasible nor desirable. Commentators coming from very different starting points are drawing attention to the need for radical change in our thinking and policies if we are to achieve just and sustainable development.

Different aspects of this quest for alternatives are explored in this issue of Working Notes.

In ‘A New Economic Paradigm?’, Gerry O’Hanlon SJ points out that the notion that economic growth automatically represents human progress is increasingly being challenged. He notes various initiatives to devise measures of ‘growth’ that would take account of the damage caused by some economic activities but also recognise a range of factors that are integral to real progress.

He suggests that there is no technical solution to the current economic crisis, and so concern cannot be fixed solely on legislative and regulatory reform or specific social policy measures. Rather, there is need to focus on bringing about a change in culture and politics that will enable a radical reformulation of the goals and priorities of economic activity. Drawing attention to the potential contribution of religion to this process, he looks to the possibility that in Ireland we may even now find a space ‘where reformed Catholicism can join with other strands of Christianity, and other religions … [and] all people of goodwill’ in a common search for more a holistic form of development.

In ‘Bad Business’, Séamus Murphy SJ argues that a critically important, though often overlooked, factor in the crisis was the failure of many people in business, financial institutions, government and regulatory bodies to act in an ethical manner. He argues that a lack of moral integrity was evident not just in behaviour that was outside the law but in actions that might not have been illegal but which displayed a disregard for the common good and were inspired by financial, sectional or political self-interest.

Challenging the excuse that ‘the system is to blame’, he points out that there is no such thing a perfect economic system, and says that resort to such an excuse removes the focus from where it should be – on individuals, corporations, and the state, in their specific roles. Precisely because no perfect economic system is possible, he says, ‘we are left with no option but ethics’, and our task is to develop an ethical understanding relevant to business, and to economic life in general, drawing on the great religious and philosophical traditions of the world.

The potential role of co-operative effort in addressing the economic and environmental crisis is the theme of the third article. Dermot McKenna SJ notes that co-operatives operate under values – such as self-help, democratic control, equity, social responsibility, solidarity – which mean their concerns and priorities go beyond a narrow focus on profit. He suggests that these values are central to the task of finding fairer and more sustainable ways of meeting economic and social needs.

Drawing attention to the fact that the United Nations has designated 2012 as the ‘International Year of Cooperatives’, he says that, as a UN Member State, Ireland is called on to respond to the opportunity presented by the ‘International Year’, and he expresses the hope that it will serve to inspire the government, the co-operative movement itself, and civil society organisations, including the churches, to seek ways of enhancing and expanding the role played by co-operatives in this country.