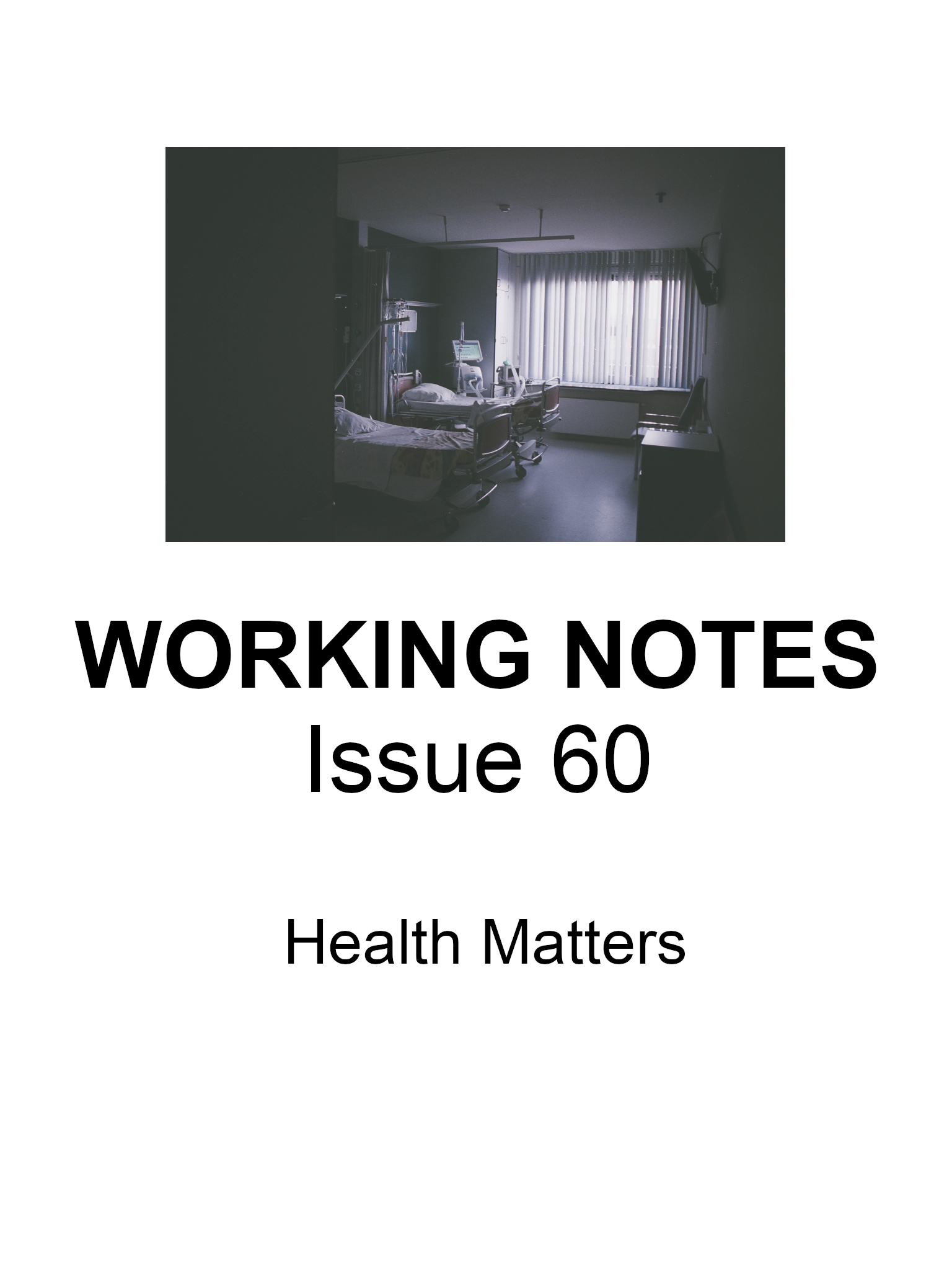 In a context of intense focus on the economic and financial difficulties facing the country, the Irish health system remains one of the few issues capable of taking centre stage in media and public discussion. We now find ourselves faced with not just the kind of health service crises that have characterised the past two decades but with new problems arising from the fact that the recession itself will have a major ‘health impact’.

On the one hand, poverty and financial worries, anxiety about the future, and the stresses associated with joblessness are all likely to take a serious toll on people’s health. On the other, the need to address the deficit in the public finances will mean it will be harder and harder to sustain, let alone improve, health service provision.

This, then, hardly seems an opportune time to advocate radical reform of the health system. Yet the now oft-quoted comment of White House Chief of Staff, Rahm Emanuel, ‘never let a good crisis go to waste’, is a reminder that economic and social upheaval can bring an openness to critically assess existing policies and practices and to explore alternative approaches that previously might have been dismissed as unworkable or politically unacceptable.

Two of the contributors to this issue of Working Notes, Sara Burke and Fergus O’Ferrall, suggest that the economic and social crisis could provide the impetus to institute far-reaching change in the financing and delivery of health care in Ireland. They emphasise the need to seize the opportunity to finally move away from the current inequitable and inefficient two-tier structure and put in place a system of universal health care with equal access for all based on need, not income. Another of our contributors, Gerry O’Hanlon SJ, is also clear that change is  required  and says, ‘Our two-tier system in Ireland is a scandal: it offends against justice and the socially inclusive practice of Jesus Christ, and it requires radical reform.’

So is there any likelihood that this time of opportunity as well as crisis will be grasped? It is clear that the economic downturn in Ireland is forcing, however slowly, acknowledgment of policy failures across a range of issues during the past decade. There is already a growing recognition that a long period of unprecedented wealth has slipped past without achieving the degree of progress in terms of social justice that could readily have been realised.

The publication in late April by Fine Gael of a health reform strategy including a proposal for a system of universal health insurance means that all of the opposition political parties represented in the Dáil have now declared their commitment to ending the two-tier system of health care – though the specific mechanisms by which they would seek to achieve this goal differ.

So far, the parties in government have given no indication of an intention to embark on a process that could lead to a single-tier health system. However, a statement included in the announcement in early April of the establishment by the Minister for Health and Children, Mary Harney TD, of the Expert Group on the Allocation of Resources in the Health Sector is worth noting. The statement says that it is not part of the Group’s remit to examine ‘whether we finance healthcare through taxation or compulsory private or social insurance’. It then goes on to say: ‘However, if the very method by which finance is raised is shown by the Group to influence the best allocation of a given level of resources for the outcomes we want, then the Group is asked to make recommendations in that respect’. It will be interesting to see the outcome of the Group’s deliberations on this issue.

Over the years, official policy statements have consistently proclaimed that ‘equity’ is to be a core value underpinning Irish health care, while at the same time putting forward a rationale for the continuance, albeit with some improvements and reforms, of the two-tier system.

Perhaps this time of crisis in Ireland will see the emergence of a commitment, by both public and politicians, to finally move beyond the limited aspirations we have had for health care in this country and put in place a truly fair as well as efficient health system.