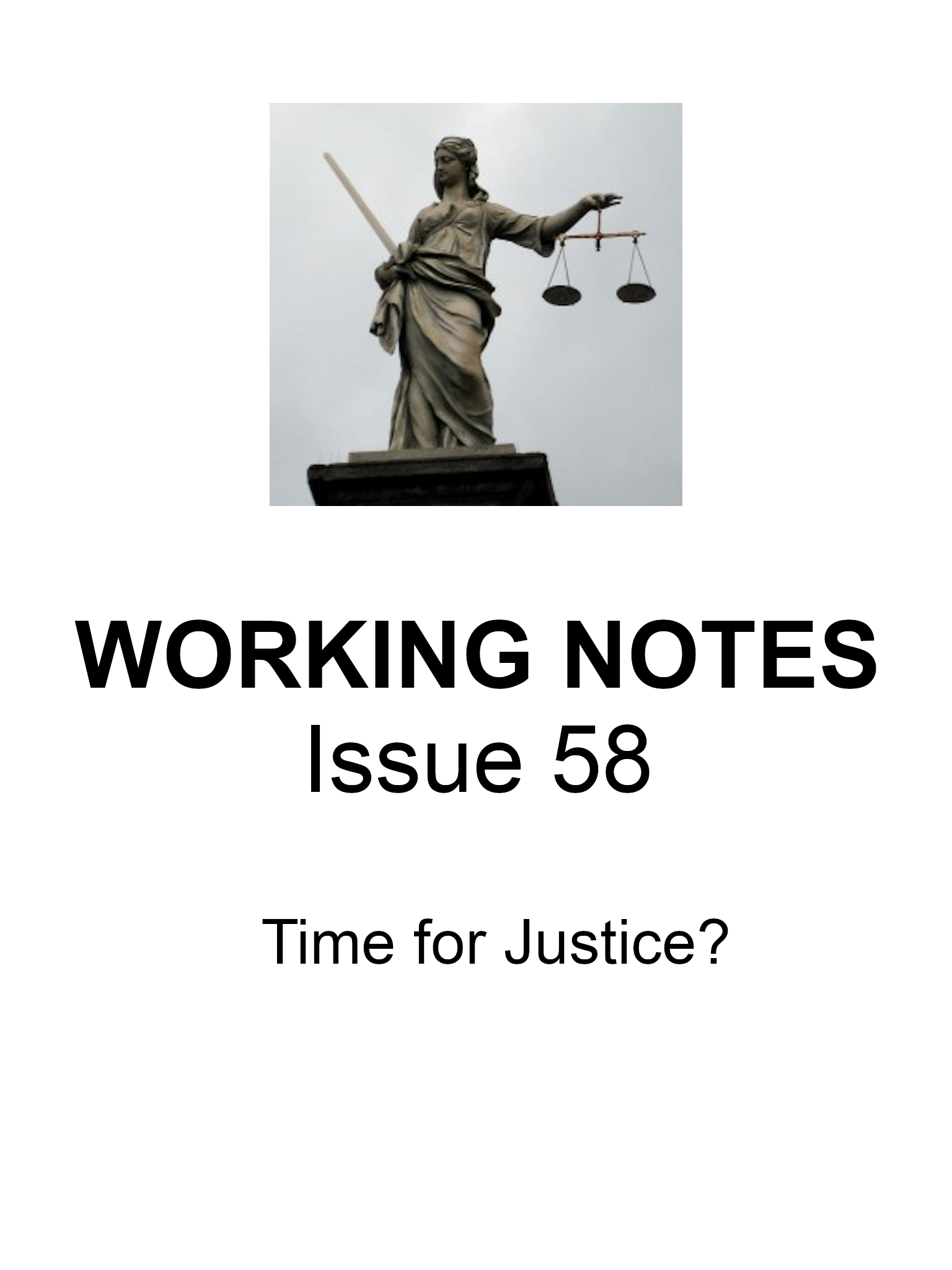 ‘Women should be imprisoned only if the offences they have committed are of such seriousness that the protection of the public, or the interests of justice, require that they receive a custodial sentence’; ‘where women need to be imprisoned, they should be detained in small, geographically-dispersed, multi-functional custodial units, not large prisons’; ‘both custodial and non-custodial penalties should try to address the complex social and personal problems that generally underlie women’s offending’; ‘women’s prisons should never be located on the same sites as prisons for men’.

These were some of the key conclusions of a review of the imprisonment of women in England and Wales conducted in 2006–2007 by Baroness Jean Corston, which she highlighted in an address to a seminar held by the Jesuit Centre for Faith and Justice on 22 May 2008. This issue of Working Notes opens with an article based on that address. The seminar, ‘Women in Prison: the Need for a Critical Review’, was held against the background of significant developments in policy in Ireland in relation to the imprisonment of women. The overall prison capacity for women is to be doubled – which inevitably means that imprisonment will not be reserved for the most serious offences. The main women’s prison, the Dóchas Centre in Dublin, is to be moved from its city centre location, which is close to services and is convenient for families wishing to visit prisoners, to the Thornton Hall site, which is ten kilometres from the city centre and will be much less accessible. Both the planned new Dóchas Centre, and the proposed new women’s prison at Kilworth, Co. Cork, will be located on the same sites as prisons for men.

These major decisions, which will determine the shape of penal policy in relation to women for many years to come, and which are so obviously at variance with the kind of approach recommended by Corston, were made in the absence of any independent review of the use of imprisonment in response to the crimes committed by women.The plans, and indeed those in relation to the development of new prisons for men, may not reflect independent analysis or the outcome of informed public debate but they do reflect the strongly punitive emphasis in penal policy in Ireland. In two other articles in this issue of Working Notes, Brian Grogan SJ and Gerry O’Hanlon SJ call for a change in approach. Both writers explore how the Christian vision of justice points us towards the possibility of developing a very different kind of criminal justice system. Brian Grogan invites us to consider the implications of ‘the outrageous emphasis on forgiveness’ in the New Testament, and he and Gerry O’Hanlon look at some of the issues involved in creating a justice system less preoccupied with the ‘retributive aspects of punishment’ and more with rehabilitation, restoration and reintegration. Such a system would certainly find less use for imprisonment and more for alternative sanctions.

Gerry O’Hanlon highlights too the importance of the criminal justice system being capable of responding ‘sensitively and effectively’ to the needs of victims of crime, and of society as a whole recognising and being prepared to address the social injustices that lie behind much of the crime that is committed in our society.

The question of policy falling short of the challenge is a central theme also in the final article of this issue, which focuses on the question of building sustainable communities. Peter McVerry SJ shows how some of the key features of Irish housing policy over the past decade – the entrenchment of social segregation, the promotion of the view that housing is an investment, rather than ‘a means of providing shelter, security and a sense of place’, the failure to provide an adequate supply of social housing – have greatly damaged the prospects of creating and maintaining sustainable communities.

In the conclusion of his article, Gerry O’Hanlon asks do we care enough to challenge the drift that frequently occurs in public policy? This drift, he notes, is apparent in many areas of policy, and frequently results in significant proposals seeming to emerge out of the blue – ‘with resultant adversarial recrimination and defensiveness’. We are, he suggests, capable of better.