45: Social Partnership - Is it a Just Structure? 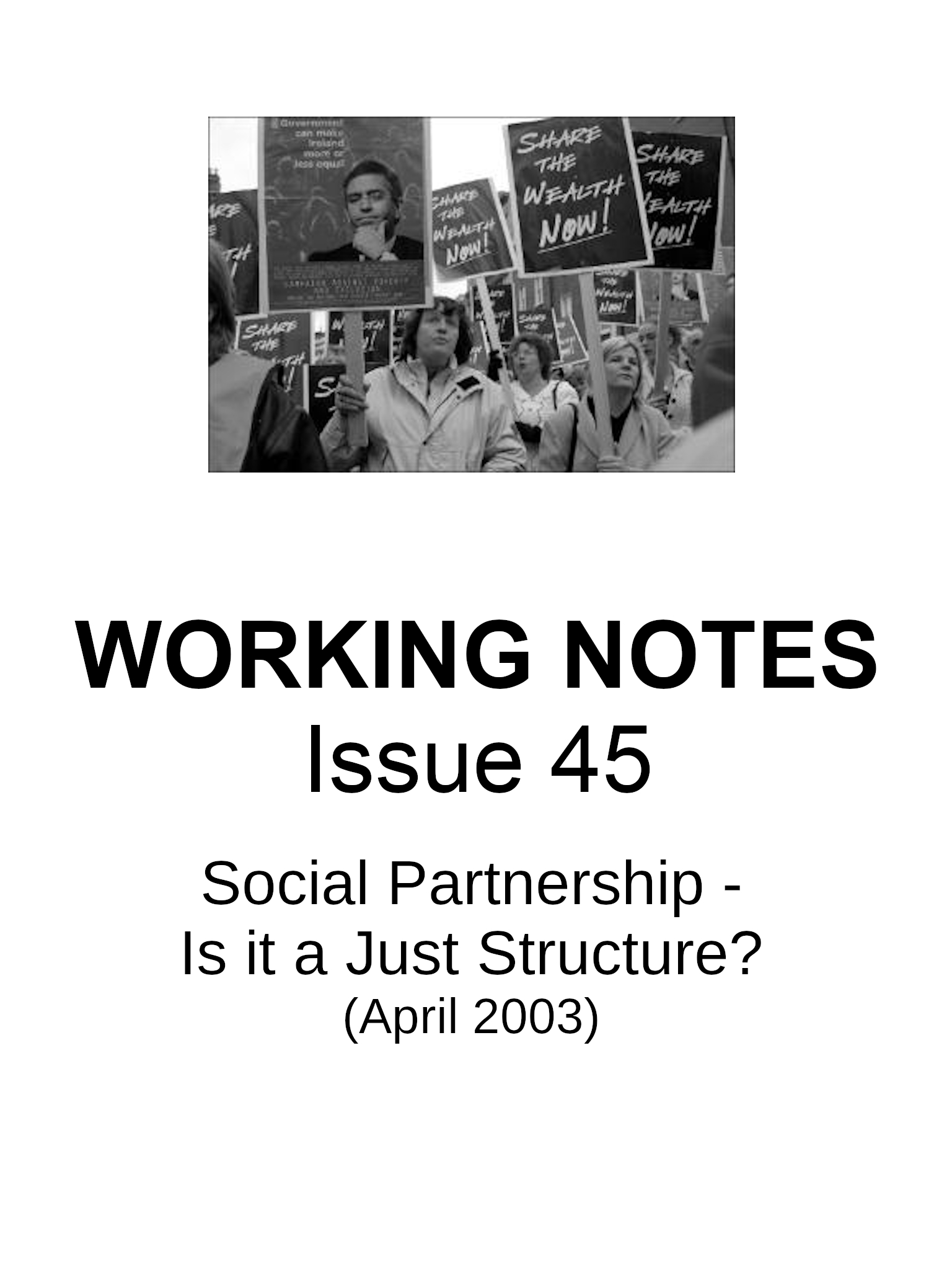 Ireland for the first period in its history is experiencing substantial immigration. Eugene Quinn in his article \’Integration: What\’s done? A lot more to do\’ assesses the policy response to date. He questions whether there is a disjuncture between the policy rhetoric and the practice. Two areas of particular concern are the scope of integration policy, it currently excludes the broader migrant population, and the negative consequences for integration of dispersal and direct provision policies.

Peter McVerry SJ examines how the homeless have fared during the Celtic Tiger years in \’A rising tide…but no boats to lift”. Against a backdrop of a chronic shortage of accommodation he examines the options now open to the homeless. He questions why, after five years of economic prosperity, the problem ofhomelessness has become so critical.

The issue of Clerical Sex Abuse and the response of the Catholic Church is considered in an article by Brian Lennon SJ entitled \’The Contradiction of Justice\’. As an institution that advocates justice for the weakest and most vulnerable in society he argues that the same standards of justice must apply within the Catholic Church.

Edmond Grace SJ in his article on \’Politics, corruption and Europe\’ reflects on the growing alienation of ordinary citizens from politics and politicians, and the danger this poses to the democratic process. He points out that democratic politics is not just about winning elections but about including all the people in the process of government. Electoral politics is geared towards majority rule, which, if unchecked, becomes unresponsive to the rights of minorities. A more inclusive style of democratic politics is needed and the European political arena, which badly needs to demonstrate its own democratic legitimacy, may provide a way forward.

Finally, if you enjoy what you read between these pages and find it useful we invite you to consider making a voluntary subscription to Working Notes. We suggest a sum of C 15.00 per year. This covers the cost of producing Working Notes. If you wish to contribute more to our work here we would be most appreciative.

We thank you for your continued support throughout this year.