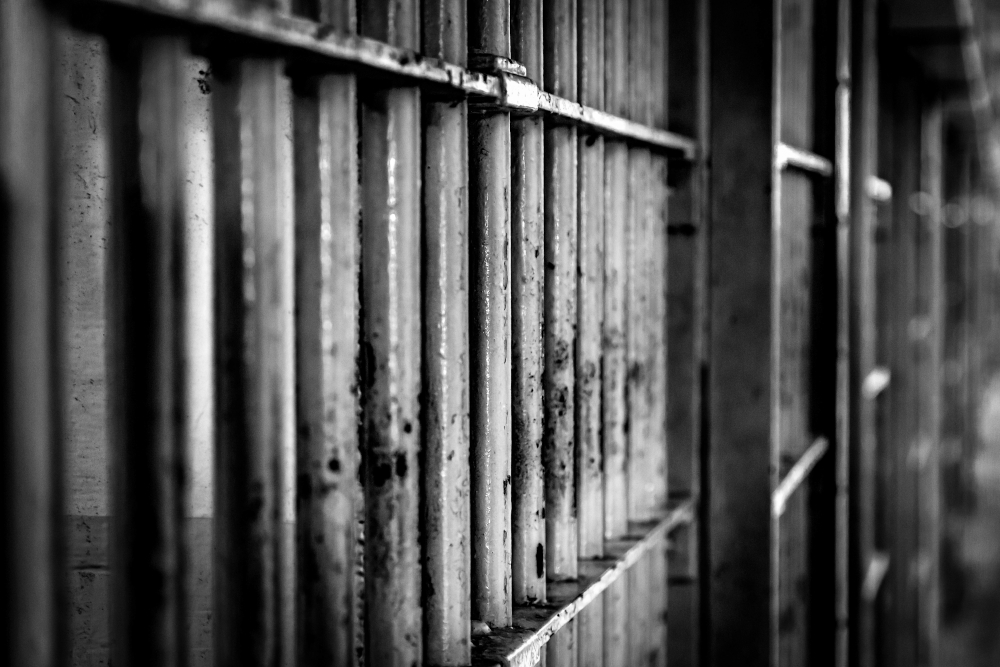 There are fourteen prisons across the Republic of Ireland, catering mainly for men but also women (who represent around 3.5 per cent of the prison population) and young offenders. Most of these prisons are high security facilities – there are only two open prisons in the State, which cater for just over 5 per cent of prisoners. The most recent annual report of the Irish Prison Service shows that 17,318 people were committed to prison in 2011, an increase of 0.8 per cent on the 2010 total of 17,179.1

Healthcare in the prisons is provided and regulated internally by the Irish Prison Service whose strategy statements outline a number of core standards that the Service aims to achieve, including the provision of a range of healthcare and rehabilitation services.2

There have been an increasing number of documents in recent years in Ireland on the issue of prison healthcare but there is little that is truly in the public domain or in which the general public seems to take an active interest. It is to be hoped that this is not as a result of apathy regarding the healthcare of prisoners, or a perception that prisoners are less deserving of good healthcare.

My own interest in prison healthcare was sparked when my colleagues and I were commissioned to carry out a review of the structural and support services in primary care in Irish prisons.3 Until that point, I had given the subject little thought. I could easily imagine the angry prisoner or the despondent prisoner, or the prisoner who had an addiction to drugs, but I had given little thought to the prisoner with diabetes, cancer, hypertension or other common illnesses. I had not realised that health problems in prisoners tend to be more severe than similar problems within the general population, and, moreover, that certain health problems are much more common within the prison population – for example, tuberculosis or hepatitis C.

As a part of the review process, we visited eleven of the fourteen prisons within the Republic. An independent expert medical evaluator inspected the medical facilities, equipment and relevant custodial areas. Interviews took place with prison personnel with operational responsibility for the delivery of medical care. Doctors working in the service completed a questionnaire on issues such as allocation of clinicians’ time, nurse and administrative support, and resources available. In compiling the review, we used as our main reference point for comparative purposes the World Health Organization’s guide to the essentials in prison health.4

We found wide variation in the standard of medical facilities and infrastructure across the Irish prison system. In older establishments, infrastructure dates from Victorian or pre-Victorian times and is inadequate for the provision of good quality modern medical care. The range of medical equipment available was generally below that of the equivalent general practice surgery in the community. There was inequality within the system with regard to the ratio of doctor-contracted time relative to the size of the prison population, indicating a need for a clear benchmark regarding the ratio of doctors to prisoners within the Irish prison context. There was limited administrative support, with the majority of prisons not having a medical secretary. In most of the prisons studied, there were ‘few available psychiatric sessions, and limited numbers of counsellors’.5

Health problems in prisons are diverse and complex. Prisoners’ mental and physical health is significantly worse than that of the general population.6 In addition, prisoners are more likely than the population as a whole to adopt risky health behaviours, including smoking,7 hazardous drinking,8 and substance misuse.9

The prison population is also likely to include people who may, when not in custody, engage in risky sexual behaviours (such as sex with sex workers or injecting drug users) with the attendant risk of contracting highly infectious diseases.10

Infectious illnesses remain a hazard within prisons due in part to the close confinement of a large number of people. In Irish prisons, hepatitis C has been shown to be endemic,11 and substance misuse is an underlying problem for a large proportion of prisoners.12 In the UK, the National Institute of Clinical Excellence (NICE) has recently advocated that there should be tuberculosis screening within prisons as part of a more active approach to detecting and treating the disease in hard-to-reach populations.13

The concept of ‘equivalence of care’ within prisons requires that persons detained must have the benefit of care equivalent to that available to the general public in the same country.14 Equivalence of care is also cited by the World Health Organization in the context of its ‘Health in Prisons Project’,15 the objective of which is to ensure that all prison health services, including health promotion services, reach standards equivalent to those in the wider community. The Irish Prison Service echoes this in a 2007 document on health care standards:

The aim of Health care within the Irish Prison Service is to provide prisoners with access to the same quality and range of health services as that available to those entitled to GMS [medical card] services in the community.16

Despite national imperatives to involve patients in the development of services, and numerous policy initiatives, there has been no systematic evaluation of changes in the delivery of health care from the perspective of prisoners and little published evidence of consultation with prisoners within the Irish prison system.

The prison population mirrors the changing demographics of the general population. In the US, it is estimated that older prisoners cost approximately three times as much as younger prisoners, largely because of healthcare costs.17 There is limited knowledge about the physical health, functional and cognitive status of older prisoners. Chronic diseases have received insufficient attention, but that may change as a result of two developing trends: the emergence of chronic conditions, such as diabetes, among younger people, partly stemming from the obesity epidemic, and the ageing of the imprisoned population.

The current Irish Government in its ambitious Programme for Government has acknowledged the need to move towards a comprehensive programme of chronic disease management to tackle the burden of such disease within the general population.18 In its Three Year Strategic Plan 2012–2015, published in April 2012, the Irish Prison Service recognises that ‘in line with the increase in prisoner numbers over the last three years, a greater number of older people with complex health and social needs are in prison than ever before’.19 In order, therefore, to facilitate the concept of ‘equivalence of care’ the Irish Prison Service will likewise have to move towards a model of chronic disease management if it is to address the health issues arising from having greater numbers of older people in prison.

Specific Issues in the Provision of Prison Healthcare

The prison system is designed with punishment, correction and rehabilitation in mind and these objectives may conflict with the aims of healthcare.20 Doctors working in prisons face problems that are different from those experienced by doctors working in the general community. Dual loyalty is an ethical dilemma commonly encountered by healthcare professionals caring for imprisoned people.21 There is a clinical role conflict between professional duties to a patient and obligations – expressed or implied – to the interests of a third party such as ‘the prison service’.

Custody reduces the prisoner’s opportunity for self-care and independent action, as prisoners have to consult nursing or medical staff for even the simplest remedies, totalling negating the concept of equivalence of care and to a large extent making personal autonomy impossible. This presents a major challenge in any prison system, especially where healthcare remains the responsibility of the prison authorities. The World Health Organization in a 2010 briefing paper presented strong arguments in favour of prison healthcare being provided by the ministry which is responsible for public health services.22

Over the last decade or so, the UK has been moving towards the NHS adopting responsibility for the commissioning of healthcare and health promotion in prisons, to bring prison healthcare to the same standard as services provided by the public health service. With the transfer of prison healthcare services to the NHS they become the responsibility of the local Primary Care Trusts.23 Under these arrangements, Primary Care Trusts are expected to develop prison healthcare delivery plans based on assessment and analyses of healthcare needs. Early, though limited, evidence indicated that, in a number of respects, standards of care and patient outcomes had improved following the change.24

For a similar transformation to occur within the Irish context would involve far-reaching changes in the management of healthcare within the prison system. Such a change would allow for the reorientation of systems, services and policies towards a public health framework in prisons. At the moment, the HSE and the Irish Prison Service have strategic alliances relating to initiatives such as the annual supply of all flu vaccines to prisons and the supply of methadone, but for the most part healthcare in prisons is still under the control of the Department of Justice and Equality.

To improve healthcare, policies inside prison need to be consistent with those outside. People in prison have a range of medical care needs and there is evidence to suggest that these needs are being met inconsistently in Ireland. Health issues relating to the prison population do not remain confined to prisons: the high level of mobility between prison and the community means that the health of prisoners should be a fundamental issue of public health concern. Prison can provide a unique opportunity for a group with complex health and social needs to access healthcare services.

Since 2010, when my colleagues and I carried out the review of structural and support services in primary care in prison, there have been some improvements in prison healthcare in Ireland.

In 2010, the Irish Prison Service entered into an agreement with the Hepatology Department of St James’s Hospital for a consultant-led hepatitis C Service at Wheatfield and Mountjoy prisons delivered by a Clinical Nurse Specialist on site. This represents a significant improvement within these two prisons for prisoners accessing treatment. It remains to be seen whether this service will be made available across all prisons.

In 2010, also, the ‘Prisoner Healthcare Management System’ was launched. This system supports electronic maintenance of each prisoner’s electronic medical record, which is then accessible across all prison sites, as necessary. Furthermore, there has been capital investment which should yield improvements in conditions for delivering healthcare services in prison. For example, in its Annual Report 2010, the Irish Prison Service indicated that newly-opened blocks in Portlaoise and Wheatfield have enhanced primary care facilities.25 The surgeries in Limerick and Mountjoy have also been extensively refurbished.

However, as is the case with other sectors, the prison service has been affected by the downturn in the economy and the consequent severe deterioration in the public finances. Economic constraints mean, for example, that there is little prospect in the short to medium term that out-of-date and/or overcrowded prison buildings will be replaced by centres that would meet best standards in terms of accommodation and facilities.

Overall, despite the improvements in services and infrastructure which have been implmented over the last decade, greater investment of resources and improvements in policy are required in prison healthcare in Ireland.

Specifically, such developments are needed to ensure the implementation of the recommendations regarding prison health services made by the Council of Europe’s Committee for the Prevention of Torture (CPT), following its 2010 visit to Ireland,26 and to provide for the realisation of the healthcare standards outlined by the Inspector of Prisons, Judge Michael Reilly.27 These, therefore, remain matters for resolution by the Healthcare Directorate within the Irish Prison Service.