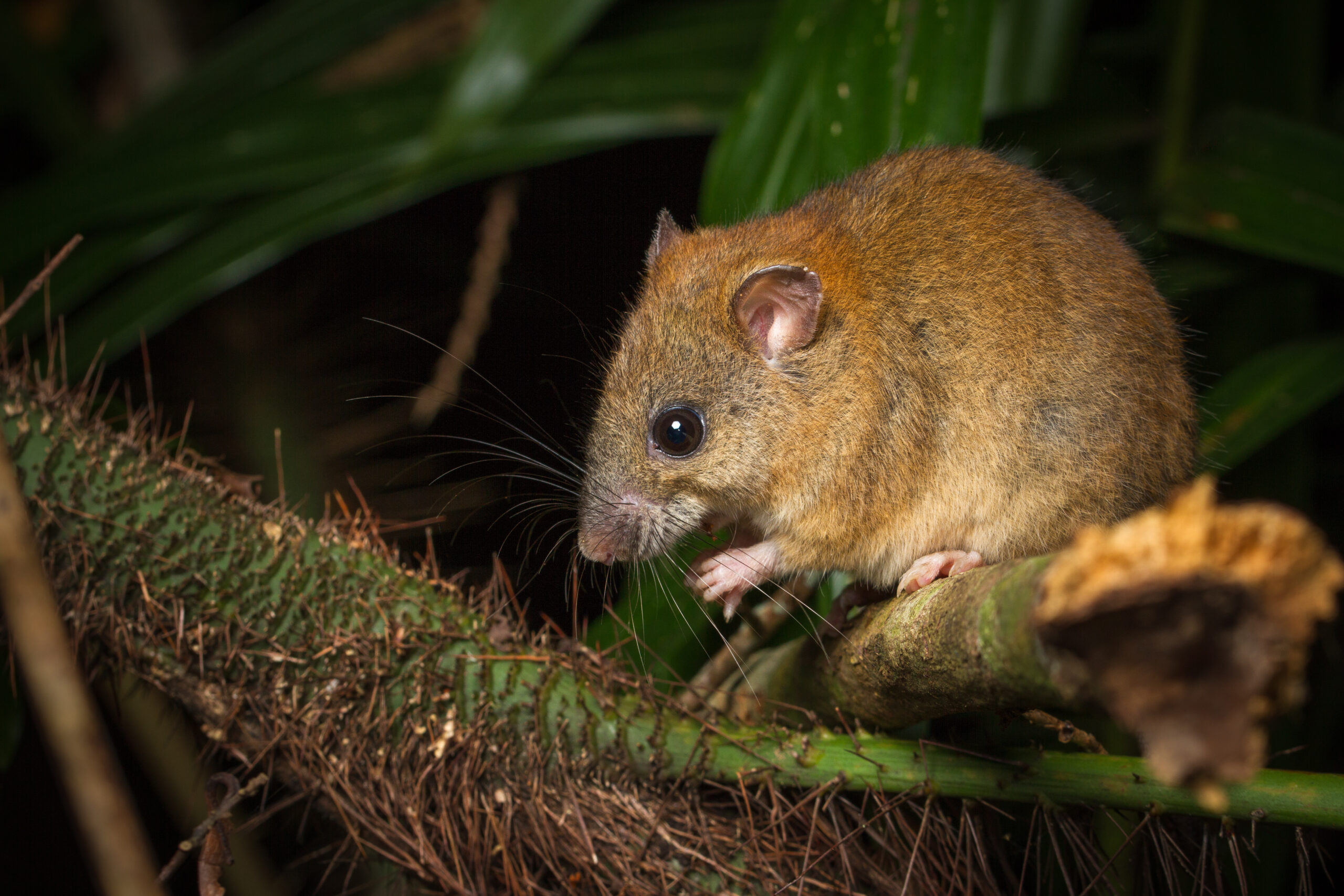 The Bramble Cay melomys (Melomys rubicola), is also known as the Bramble Cay mosaic-tailed rat. On Earth, there are over 2,200 rodent species comprising about 40 per cent of all mammal species. What’s one rat?

And the Bramble Cay melomys is amongst the most insignificant of rats. It is not particularly genetically distinct from a number of other similar species of melomys. It’s never been useful for any human project. We’ve never hunted it for fur or meat. No child has ever had one as a pet. No tourists have ever paid to see one. It may perhaps be considered the least of all mammal species.

Bramble Cay, from which this rat draws its name, is its only known habitat. And this is amongst the most insignificant of islands. Just a few hundred metres across, less than 4 hectares in area, the cay is a tiny dollop of sand in the Torres Straight, closer to Papua New Guinea than the Australian mainland. It is the northernmost tip of the Great Barrier Reef and the northernmost piece of land over which Australia claims sovereignty. And it is flat and basically featureless, never rising more than a couple of metres above mean sea level. No humans have ever lived on the island. It is amongst the least of all islands.

The Bramble Cay melomys was first described scientifically by Oldfield Thomas in 1924. It is not hard to find as the cay is so small. It is just that no scientists bothered to go there until then.

In the 1970s, it was recorded that there were several hundred Bramble Cay melomys flourishing on the fleshy leaves of the scrub that holds the sand together. A 2004 survey found just a dozen. The last official sighting was in 2007. A fisherman who often visits the island says he last saw a melomys – just one – in late 2009. This solitary animal may have been the endling of the Bramble Cay melomys, the last of its line.

Two official University of Queensland surveys in 2014, the last one involving multiple camera traps and intensive daytime searches, failed to find a single individual. A couple of months ago in an official scientific report, it was declared extinct. The report said habitat destruction from ocean inundation was almost certainly to blame for their extinction:

“Available information about sea-level rise and the increased frequency and intensity of weather events producing extreme high water levels and damaging storm surges in the Torres Strait region over this period point to human-induced climate change being the root cause of the loss of the Bramble Cay melomys. Significantly, this probably represents the first recorded mammalian extinction due to anthropogenic climate change.”[1]

This creature is not only the most recent extinction of which I’m aware, and not only is it another item on the embarrassingly long list of lost Australian mammals, and not only might it stand in as a terrestrial placeholder for all the (largely unrecorded) marine species lost in the northern Great Barrier Reef during the recent catastrophic bleaching also caused by a warming ocean, this insignificant rat is also a symbol for all the useless little species, the unknown earthlings winking out all over the place on a rapidly changing planet, whose lives and existence precious to God.

Tonight, we mourn the Bramble Cay melomys, a gift we were largely ignorant of having received, a creature whose loss doesn’t threaten us, yet whose demise was pretty much entirely our fault.
This too was one of the creatures called to praise their Creator in the great choir of life (cf. Psalm 148). Its voice is now stilled. Let ours fall silent also.

This article was taken from a blog post entitled ‘Day of Remembrance for Lost Species: The Bramble Cay Melomys’ which Dr Byron Smith, rector of St George’s Anglican Church, Paddington, New South Wales wrote on November 30th, 2016, and is republished here with his permission.

[1] I. Gynther, N. Waller, L.K-P. Leung, “Confirmation of the extinction of the Bramble Cay Melomys Melomys rubicola on Bramble Cay, Torres Strait: results and conclusions from a comprehensive survey in August–September 2014”, Unpublished report to the Department of Environment and Heritage Protection. Queensland Government, Brisbane, 2016.