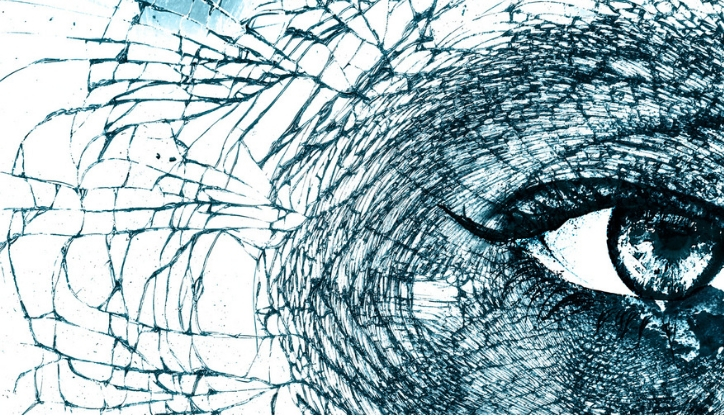 INTRODUCTION
Ireland stands at an important historical moment. We live in an era where the world is endeavouring at last to get to grips with what philosopher Noam Chomsky, recently deceased physicist Stephen Hawking, and many others have described as one of the greatest problems facing humanity, that is, anthropogenic (human driven) climate change.1 Ireland has the capacity to make a world-leading contribution towards overcoming this challenge. However, its current performance is extremely poor given the diminishing time available to prevent dangerous climate change.

Writing six years ago in the Cork Online Law Review, produced out of Cork University, I made some general observations on Ireland’s overall performance in the sphere of climate governance, and ended with a question.2 Alluding to W.B. Yeats, I invited the reader to “call to the mind’s eye”3 from out of the grave John Tyndall (1820–1893), the Victorian scientist, and ask what he would make of Ireland’s climate commitments and performance if he were alive today (?). Tyndall was chosen not only because he was Irish (from County Carlow), but because he made essential contributions to the unfolding understanding of the science behind climate change.4 His most important contribution to science was to demonstrate and measure how atmospheric greenhouse gases absorb heat to different extents. This work made a vital contribution to our understanding of the greenhouse effect that underpins climate change.5

One can only speculate on what Tyndall would make of Ireland’s endeavours in this area. It is useful to remember however, that through Tyndall, Ireland has already contributed significantly to building the historical foundations for the global scientific response to climate change.6 Tyndall’s scientific legacy can be an inspiration to Ireland’s response to climate breakdown. When one of our forefathers made such scientific advances, perhaps Irish legislators and activist groups can aspire to be at the forefront of sustainable and creative adaptation?

Having first made these arguments in 2014, it is clear today that no such opportunity has been seized. The “remarkable Irish example to the world”7 has not materialised. Quite the opposite.

Anthropogenic climate change is caused chiefly by a stock of greenhouse gases present in the earth’s atmosphere that traps some of the sun’s heat, serving to warm the planet — as demonstrated by the work of Tyndall, interpreted in concert with other key scientists from history.8 The modern industrial revolution, which was beginning to transform society across the late 1700s in Ireland and Britain, continued to expand throughout the Victorian period and onwards, driven by a radical increase in the burning of fossil fuels. This period of rapid growth served to raise the density of the earth’s atmospheric stock of greenhouse gases substantially. The global community continues to contribute to this augmentation today through the ever-increasing generation of heat and electricity, the ongoing use of fossil fuels in heavy industry, and an expanding global transport sector.9

It is clear that the anthropogenic increase in the stock has been driving a greater incidence of global warming,10 which has been generating in turn greater global weather extremes. If these matters and related knock-on impacts go unchecked, they will have profoundly damaging consequences for life as we know it on our planet.11 Indeed, a 2018 Report by the UN’s Intergovernmental Panel on Climate Change has set a 12 year deadline to halt the rise in global average temperature.12

The effects of human driven climate change have resulted in reduced Arctic sea ice, the bleaching of coral reefs, and incremental sea-level rise. If unaddressed, such impacts on the world’s waters, in conjunction with associated increases in dangerous weather extremes, will drive substantial population displacement in especially vulnerable places. Such places range from heavily populated countries like Bangladesh — pervaded by waterways and flood plains — to small nations like Tuvalu, composed of tiny low-lying islands in the South Pacific that are disappearing due to rising sea levels.

The international community has been moving to combat this problem through a variety of international agreements,13 and numerous bottom-up initiatives have also originated and been implemented to various degrees of success in the domestic setting within countries.14 Set in the context of international action, Ireland’s position and performance in the area of climate mitigation and adaptation is extremely poor.

An assessment by Oisín Coghlan, Director of Friends of the Earth Ireland, clearly highlights Ireland’s performance and attitude to climate change. Coghlan observes that Ireland initially agreed as part of the Kyoto Protocol to adopt promising international greenhouse gas emission reduction limits, then proceeded to take three years to develop domestic policy instruments appropriate to the task, and eventually abandoned the main policy initiative outright before it could have effect.15

Bearing in mind that Ireland is part of the EU, it is therefore subject to fairly extensive climate decarbonisation obligations.16 It is notable that after China and the USA, the EU is the largest emitter of greenhouse gases in the world. As such, it bears a particular responsibility to contribute to the international decarbonisation drive.

The EU has been something of a pioneer and leader on the international stage.17 However, Ireland’s performance in this area is highly concerning. In a major report published by Climate Action Network in 2018, Ireland was assessed as the second worst country in Europe, just ahead of Poland, in fighting climate change.18 Here it is reported that “Ireland and Poland rank lowest” in the EU, not merely because of their poor performance in the area of reducing actual greenhouse gas emissions, but also “because of their stiff opposition to climate action nationally and in the EU.”19

Poland’s administration has persisted in endeavouring to push back on important elements of the EU’s broader momentum towards reducing greenhouse gas emissions.20 In particular, it has doggedly privileged the protection and ongoing extensive burning of coal in dangerous and damaging quantities in a way that has undermined the EU’s wider mitigation strategy.21 In being placed on an approximate parity with the Polish administration, the Irish government has far from covered itself in glory.

Ireland is dogged by climate policy apathy, particularly in the area of agriculture, which is responsible for a disproportionately large share of emissions. It is a notoriously challenging sector to mitigate. Recent economic growth has also posed challenges, insofar as it has augmented energy-sourced emissions and made it more difficult to dampen down emissions from a bustling transport sector.22

In terms of various quantifiable performance targets that have been applied by the EU to its Member States, for 2020 the EU has legally obligated itself to achieve a collective overall 20% reduction in greenhouse gas emissions, with regulated industry and energy generation being specially targeted.23 It has also obligated itself to achieve an overall increase in renewable energy in the EU energy mix of 20% by 2020,24 and a cumulative 20% improvement in energy efficiency, also by 2020.25 These EU-level targets have been passed down to the Member States, including Ireland, with each country being apportioned different pre-agreed targets based on reasonable calculations, historic emissions levels, and each state’s perceived socio-economic ability to achieve the goals in practice. Here, energy generation and heavy industry in Ireland have become subject to an EU Emissions Trading Scheme (ETS). This means that by 2020 Ireland has to source 16% of its gross final energy consumption from renewables, and must reduce non-ETS emissions by 20% from 2005 emissions levels.26 As of 2009 Ireland has also been required to improve its energy efficiency levels by 20% come 2020.27

More recently, David Boyd, UN Special Rapporteur on Human Rights and the Environment, has stressed that the “Government of Ireland has clear, positive, and enforceable obligations” under international human rights law to “take additional actions on an urgent basis” in order to meet Ireland’s climate change responsibility.28 Yet Ireland continues to be apathetic to necessary climate policy change.

Ireland’s performance is currently massively off track. Indeed, it was announced by the Irish Environmental Protection Agency in May 2018 that Ireland’s emissions trajectory has been substantially increasing rather than decreasing since these obligations were announced.29 The EU’s 2020 targets have been ratchetted up and extended for the more distant date of 2030, and it is already clear even at this early stage that Ireland is so far off the pace that it cannot meet even its 2030 targets without taking radical action.30 The situation is not greatly helped by Ireland’s domestic legislative regime, which is drawn together under the terms of the Climate Action and Low Carbon Development Act 2015. Although the passage of this Act was a positive development of sorts insofar as it signalled a commitment to some degree of meaningful legislative action, there is no doubt that it could be considerably more robust and stringent.31 Most particularly, it neglected to include national long-term legally binding emissions reduction targets.

WHAT CAN BE DONE?

In order to reverse Ireland’s poor trend, the Irish government needs to take action and minimise projected environmental harms for present and future generations. This must involve placing climate mitigation and adaptation as a top priority across all relevant departments. Flagged ahead of Budget 2019 was an indication that there would be an increase in carbon tax in order to better mitigate emissions; however, the budget failed to include the measures.35 Society needs to be part of the pressure, holding the government to account in the process. Some recent actions taken in the public interest have been encouraging. For example, and importantly, in 2017 Friends of the Irish Environment brought a major case before Ireland’s High Court. It was determined by the Irish courts for the first time that, although the Irish Constitution does not set out an explicit fundamental environmental right, such a right can be said to exist.36

There are many ways that a general environmental right of this nature can be articulated. Ben Boer usefully suggests that it can be summarised in the broad context of environmental law as “the right to a quality environment.”37 Friends of the Irish Environment has since sought to extend this positive outcome by receiving permission to bring a further case before the High Court, this time related directly to climate change.38 Here, the group is arguing that aspects of the Irish government’s climate mitigation plan and policy strategy for 2040 neglect climate change obligations by permitting Irish greenhouse gas emissions to continue to rise. The judicial review process is ongoing at the time of writing.39

As with all sections of Irish society, religious communities also have a role to play in advocating for climate action. The signals here too have been frequently encouraging. For instance, the leadership of the Catholic Church has accepted the consensus view on climate change and has summoned Catholics to action. This call has been personally underscored by Pope Francis, expressed for example in the encyclical Laudato Si’.40 Immediately prior to Pope Francis, Pope Benedict XVI had attracted the moniker of “The Green Pope” for championing climate change and other issues.41 Religious communities have also played an important role in driving forward the global fossil-fuel divestment movements. These kinds of positive religious examples have had a useful impact across the landscape of national Irish and broader international affairs.

If society and government alike are to succeed in effectively combatting one of the greatest problems of our times, it will be through recognising that we are cast as stewards of this precious planet. Moreover, as creatures of this planet ourselves, both the earth’s wellbeing and the wellbeing of humanity itself over the course of present and future generations are intimately bound together as conjoined interests.

Dr Thomas Muinzer is Lecturer in Energy Law at University of Dundee. He was previously Lecturer in Environmental Law at Stirling University and Co-Director of the Law School’s LLM/MSc Masters programme (2016–2018).