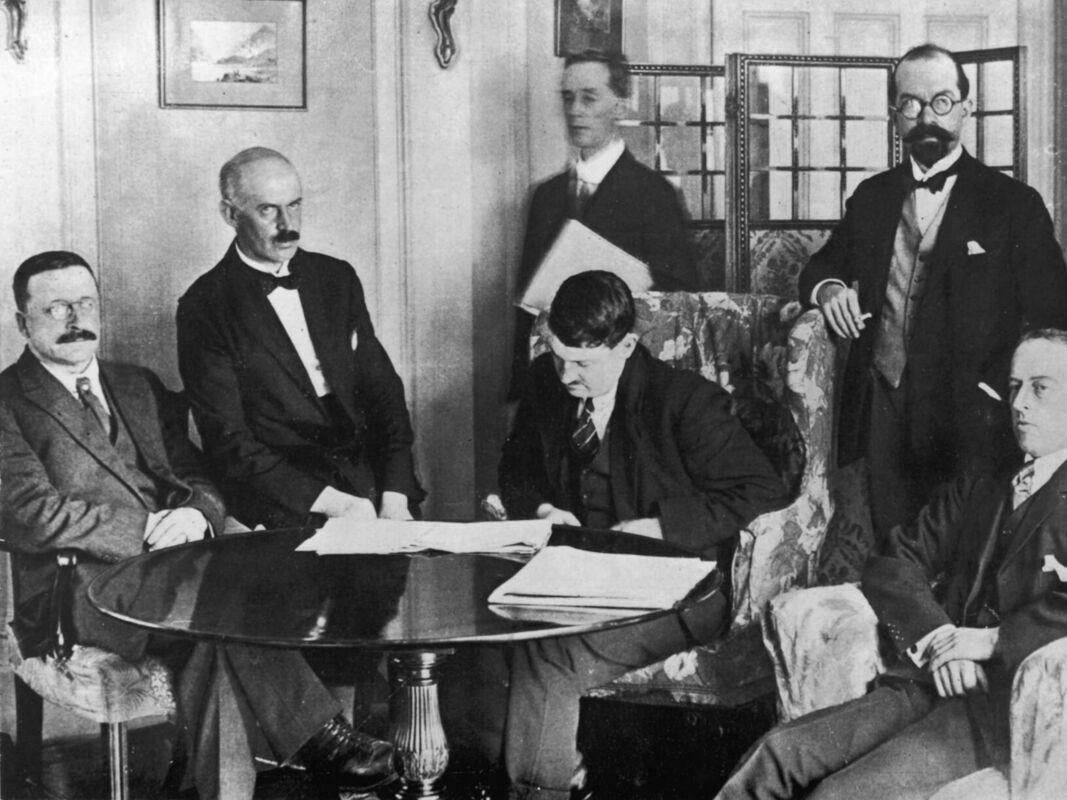 2021 marks the centenary of the signing of the Anglo-Irish Treaty. It is an apt moment to take stock of the history of policies pursued in the State since then, focusing particularly on the areas that comprise the core of our work in the Jesuit Centre for Faith and Justice.

We begin with a masterful account of Irish housing policy from Professor Padraic Kenna of NUI Galway entitled “100 Years of Irish Housing”. By considering housing policy across the span of a century, Prof. Kenna allows us to get above the (appropriate) fury surrounding the contemporary housing and homelessness crisis to see that the challenges we now face are, in some ways, a consequence of our long commitment to expanding home ownership as a means to support the values of “civic republicanism … and self-reliance.” This essay is an invaluable contribution to an issue which is so pressing for thousands of people today who are either homeless or facing housing precarity and our sincere hope is that it will be widely read and digested by those in positions of influence.

Dr Louise Brangan of the University of Strathclyde and Keith Adams of JCFJ have collaborated to produce “How I[reland] Learned to Stop Worrying and Love the Prison”, which is one of the most striking pieces of analysis thus far offered in the decades in which Working Notes has been published. Drawing on  Brangan’s recently published work on the politics of punishment[1] and  Adams’ long-standing interest in how the social sciences are marshalled for political effect,[2] they offer a fresh account of Irish penal policy, disputing the idea that it was static through the initial decades of the State and instead proposing that a policy of “humane pastoral penality” held sway, particularly in the middle decades of the 1960s and 1970. Decisively, they propose that returning to consider the strengths and the humility of this approach may offer a more positive path forward for penal reform than the liberal incremental approach that is presently dominant.

The Jesuit Centre for Faith and Justice has, for over forty years, pursued social analysis of Irish society informed by Catholic Social Teaching, the Ignatian tradition, and the wider riches of Christianity. Theological reflection has always been the nexus of the Centre’s work. And while we endeavour to serve wider, secular audiences with critical, rigorous research and policy proposals, we also are always writing with the hope of informing the institutional church and ordinary Christians committed to social justice. With this in mind, it was impossible for us to consider policy in the first century of the Irish State without commissioning an essay that explored the role of the church in that story. We are deeply grateful to Dr Daithí Ó Corráin of DCU for his piece, “The Catholic Church, the State and Society in independent Ireland, 1922-2022”. Written with an encyclopaedic grasp of the detail but with a keen balance, Ó Corráin “surveys the position and influence of the Church over a century and explains how its once dominant influence was gradually eroded.”

Housing, prison, and the place of religion in public life were all live issues at the founding of the State. The same cannot be said for environmental concern. In our final essay of this issue, I have worked with my colleague Dr Ciara Murphy to present an account of the history of the emergence of environmental policy in Ireland entitled, “Greening Ireland’s Second Century”. We argue that environmental concern was present in the practices of the citizenry and the arguments of legislators in early decades, but in a fashion firmly subjugated to trade, agricultural yield, and economic growth. With membership of the European Economic Community and the growing global recognition of the environmental crisis, this slowly shifted from the 1970s onwards, especially informed by local, grassroots activism. Ireland now has a mature and sophisticated array of environmental law, policies, and regulatory frameworks, but there is a clear anticipation among the electorate that this policy domain will become increasingly central in the decades to come.

Michael Collins famously interpreted the Treaty as the path to freedom – “not the ultimate freedom which all nations hope for and struggle for, but freedom to achieve that end.”[3] This issue of Working Notes bypasses the old contentious questions the Treaty itself and instead offers an assessment of what Ireland has done with that freedom in the decades since. Policy is the mundane ground on which our grand visions land.

Our hope is that these pieces will stand as useful guides to students and newcomers to each of these areas but that they will also provoke fresh thinking in those who are already familiar with these narratives. For all that is awry with our society, the first century of our State has produced some remarkable achievements. It is appropriate to press our leaders and ourselves to ensure that our second century goes further to secure justice for all.

[1] Louise Brangan, The Politics of Punishment: A Comparative Study of Imprisonment and Political Culture (Abingdon: Routledge, 2021).