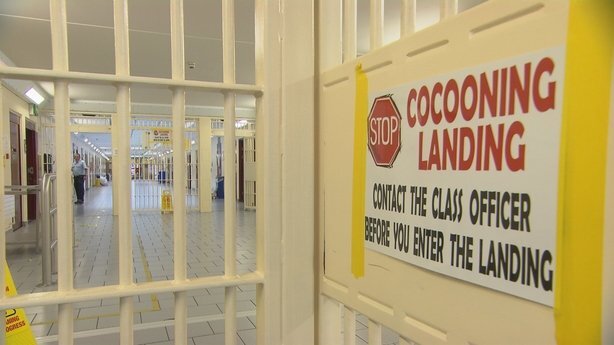 With the emergence of multiple vaccines, Ireland is in a very different position today compared with five months ago, when we entered into the highest level of lockdown just after Christmas. Yesterday, the Minister for Health announced that more than half of the adult population had received their first dose of a vaccine, with over half a million adults fully vaccinated.  More positive news followed this morning with the possibility of those who have previously being infected with Covid now being considered fully vaccinated with a single dose.

It is natural for our attention on particular issues to ebb and flow. When we were in the midst of various waves of infection, and accompanying lockdowns, we were aware of the most recent outbreaks, whether in meat plants, direct provision centres or nursing homes, and regions with high infection rates. Maybe seeking desperately for signs of hope and optimism, we scoured the news. But maybe we were more attuned to the suffering and fears of others. Now, as the epidemiological tide is turning, we are beginning to plan again, even beyond the long-awaited first holiday. It may take months before we say ‘no’ to any social invitation again. Yet as we turn from the collective lens to the individualised lens, there are things we miss. Not because they are unimportant but times change.

Last month, a Covid-19 outbreak occurred in Mountjoy Male prison where a total of 38 prisoners were infected, along with a large number of staff members. This is the single largest outbreak within the Irish prison system. It represented a sizeable proportion of the overall prisoners who have been infected since March 2020 (most recent figures were 133 prisoners had tested positive by May 10th but will be higher now).

Yet, to our confusion, only two per cent of prisoners have been vaccinated. Of the 82 prisoners who have been vaccinated to date, only 23 qualified because they were considered medically vulnerable, while 67 prisoners qualified because they were over sixty years of age. As of today, 43 year olds in the community are able to register for a vaccine appointment while, within Irish prisons, the youngest age-based cohort to be vaccinated are the over-60s. Based on April prison figures, there were 484 people over 50 years old under sentence (excluding those on remand) in Irish prisons.

The idea of only 23 prisoners qualifying as ‘medically vulnerable’ would be laughable if it were not so unequivocally serious. The Department of Justice have not published a health needs assessments of prisoners in all prisons, despite that being recommended in a 2017 Inspector of Prisons report on prison healthcare. As such, it is difficult to surmise the true number of those who are medically at-risk. But, using comparable UK numbers, the presence of respiratory conditions among prison population alone is double the community rate.

The argument that prisons and other congregated settings can act as ‘reservoirs’ for infection and seed further infection into the community has failed to gain any traction in Irish policymaking as we exit lockdown. It would likely be dismissed as, at best, hyperbole and, at worst, catastrophising. Yet, other signs exist beyond the recent outbreak in Mountjoy.

When the entire population of Arbour Hill were tested back in February, there was a 10 per cent positivity rate. What distinguished the most recent outbreak in Mountjoy to previous outbreaks was the identification of positive cases in most areas of the prison compared with specific units or wings, as before. The increasing virulence of the dominant strain was suggested as the reason for this distinction.

Finally, the almost 50:50 split between prison-based transmission and community-based transmission of prisoner cases underlines the porous nature of prisons, regardless of the level of security, as staff members still live in the wider community. Despite the visuals of a prison, neither a prison or the community are quarantined from each other. (This is why we must resist the knee-jerk reactionary period that imagines we should defer vaccinating prisoners because their crimes should demerit them. Even the coldest, harshest interpretation of justice must recognise that a dire outbreak within a prison will, eventually, have dire consequences outside the prison too.)

If prisoners and prison staff are at the end of our national vaccine rollout, the risk of future outbreaks remains high. Previously, the only tool at the disposal of the IPS and the HSE in response to prison outbreaks were measures such as quarantining, cocooning and restrictive regimes with high in-cell time. Despite the effects on individual prisoners in relation to isolation and the exacerbation of mental health difficulties, these were deemed necessary as increased decarceration was not politically acceptable. However, our thinking must now change in light of the rapidly expanding community rollout and the additional tools at our disposal.

Initially, within the original vaccination plan, it appeared as if those who lived and worked in prisons would be included in Group 9—people aged 16-64 living and working in crowded settings—before the plan was reconfigured. The descending-age structure offered a high level of political cover once the initial cohorts—staff and residents of long-term care facilities, frontline healthcare workers—which nobody demurred on were vaccinated. Along with other workers, this reconfiguration has caused ongoing labour disputes and acrimony between prison officers and authorities which has impacted upon prison life and other services.

While the revised vaccine schedule offered a degree of simplification for both logistics and messaging, it was a sidestep by a Government and Minister under pressure who, following a failure to communicate the original plan focusing on identifiable vulnerable cohorts, decided to favour technocracy over justice. Prisoners (and prison staff) were always going to be disadvantaged by the reconfiguration, as their ages tend to be on the younger side due to the crimogenic life-cycle and demands of the job respectively. The fall-back option of in-prison lockdowns always remained in play.

The WHO, briefing on national vaccination plans, argue that prison staff (both health-care workers and officers) should be prioritised for vaccination as health and care workers. The number of prisoner officers alone totals just over 3,200 staff members, yet only 360 prison staff have been vaccinated, primarily those who are involved in the transport of prisoners to hospital. There is a way to go here too. This is surely a labour issue that warrants much wider support.

We should not find it acceptable that those who live and work in prison will be among the last for vaccination. A key distinction between the wider public environment and that within prisons is the level of community vaccination. As the level of vaccination increases in the community, even those who are unvaccinated gain an additional degree of protection and this is increasing with every passing week. Increased vaccination rates offer a circuit breaker for outbreaks. While, inside a prison with only two percent vaccination, those who are unvaccinated gain no benefit. Outbreaks remain a very real concern.

Similarly, we should not find it palatable that the Covid-19 related regimes go on one day longer than is necessary when vaccines are available. Logistically, vaccinating those who live and work in detention facilities and other congregated settings is likely the easiest population to target. Maybe the Irish Prison Service, prison staff and prisoners have been victims of their own success in suppressing viral transmission, but this effort and ongoing sacrifice should now be recognised. For many prisoners, physical family visits have not resumed since March 2020. This exerts a toll and a cost into the future. We can’t tabulate it easily in an Excel document but it is very real. Norwegian sociologist Thomas Mathiesen, who died last week, wrote extensively about prisons and suggested that the pain of imprisonment emanating from the loss of liberty is most acutely felt when the prisoner is cut off from family, relatives and friends.

The lockdown endured by prisoners has continued long enough. It is time to accelerate the vaccination of those who live and work in prisons to allow life to resume as soon as possible. Family visits, chaplaincy visits, classes, attending funerals, workshops and communal worship are all easily taken for granted as our freedom is restored but are central to those who live in captivity.