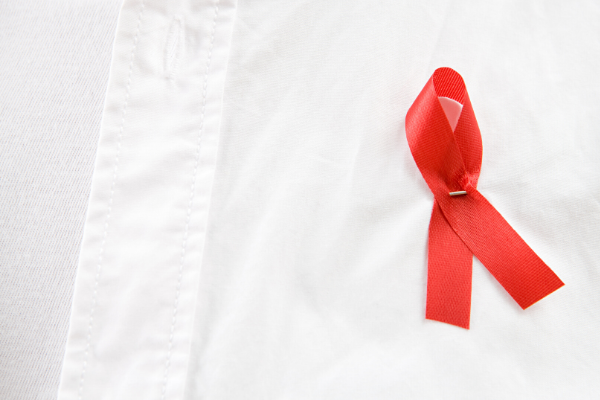 While our thoughts naturally turn to the Spanish Flu pandemic when trying to make sense of Covidtide, remembering the much more recent AIDS epidemic is also essential. More than a generation ago, the Irish moral theologian, Enda McDonagh, wrote an essay about the theological implications of the AIDS epidemic that still resonates today.

AIDS, after all, like Covid-19, hitched a ride on globalisation’s coat-tails. Scholars believed it emerged in Kinshasa in the Democratic Republic of Congo and spread via the transport networks that ferried natural resources from the African interior to the outermost reaches of the earth. Like Covid-19, it was incurable when it first emerged. Even now it is arguable whether we can yet declare it ‘curable’ and for most people who contract it, it is safer to say it is now treatable.

The spread of AIDS was much slower than Covid-19, but the scale of devastation it wrought was on a different level in terms of its death-toll. Writing in 1992, McDonagh notes that there were 2.5 million people with AIDS and 14 million categorised as HIV-positive. “These figures,” he notes, “almost certainly suffer from under-estimation.”

At that point in time, each diagnosis was terminal. The only question was how slowly or quickly the condition would take hold. McDonagh cautions against retreating to numbers, imagining the scale of the problem in terms of bar charts and line graphs. We must remember, he cautions, that each of these many millions of diagnoses are human beings embedded in networks of love and community:

“The meanings emerge in the stories of individuals, families and whole societies devastated by the fears, the sufferings and the deaths experienced throughout the world over the last decade and more.”

For McDonagh, this is where theological reflection must go. The epidemiological models or biological investigations are essential, but the lived experience is the first priority for Christianity. There was a great fear around AIDS when it first emerged, with stigmatisation of the victims under the impression that it was a “gay disease” or something only contracted by IV-drug users.

He was writing at a time when much of this lamentable ignorance and bigotry had passed away, but is very clear that no Christian account of illness can attribute it to the judgement of God. He counsels that the response to AIDS must be marked by companionship, care, careful analysis of the social and moral problems as they apply to public policy (which he calls casuistry), and education. This four-fold approach is grounded in his reading of the bible, where he finds the foundational themes of freedom, justice, and a peace expressed as solidarity.

The piece was surely controversial at the time of publication – and in certain circles would remain so – because it suggests the Papal teaching known as Humane Vitae may need to change in the light of the AIDS crisis, to permit the use of condoms in cases where sexual intercourse is likely to involve transmission of the virus. This is not the place to rehearse those particular questions; they have no bearing on how his reflection might inform our contemporary understanding of living with the threat of Covid-19.

McDonagh finishes the piece, appropriately, by reminding us that theology is, by definition, unfinished.

“The stories, the caring, and the grieving, tragic and inspiring, continue; so must the theological reflection. And for all the suffering and the threat posed to the whole human community, the stories may also open up fresh possibilities of redemption and liberation by the inbreaking kingdom of God.”

Reading this piece as I cared for my baby and sheltered in isolation from my parents and my friends, this conclusion resonated powerfully. Physically distant as I am, I am engaged in constant contact with my siblings and colleagues, my friends and my neighbours. The stories that they have to tell about their anxiety, their coping strategies, their tedium, are the essential news items I seek out. It is already a cliché – and perhaps a weak one at that – to suggest that this period of quarantine might stitch us closer together. But a Benedictine monk emailed me today and closed with – fittingly – with a benediction: “I’m praying that the sense of community developing and manifesting itself everywhere will remain and come to recognise its roots in Christ.”

Where is this Christ in the midst of the plague? McDonagh reminds us that God is right beside us. The claim that God became human means many things, but right now, in the middle of Covidtide, it means that God can get the flu. Divine omnipotence has chosen to chart its:
“mysterious ways through creaturely and bodily fragility to a healing in love and life that may or may not issue in renewed bodily life and health. The inexhaustible loving which endured through Calvary does not abandon those for whom Calvary was undertaken in the first place.”

Theological reflection on the AIDS crisis was largely generated from the Majority world. In Africa, the slogan “the Body of Christ has AIDS” took on a literal meaning as the numbers afflicted rose into the tens of millions. We hope and pray that Covid-19’s reach is weaker, shorter, briefer, and much less lethal. But in the dark moments, we know we are not abandoned.

God knows sickness. He knows fear. He knows death. And the inexhaustible love which endured Calvary reminds us that even when the very worst happens to us, our loved-ones, our neighbours, or distant strangers living in Hubei Province, that is not the end of the story. Between now and then, McDonagh’s advice holds as true for this plague as for AIDS: companionship (even in isolation), care (even at a distance), casuistry (to inform our best political response) and widespread education (about the disease and how we can resist it) is what we are called to as individuals, as congregations, as wider communities.