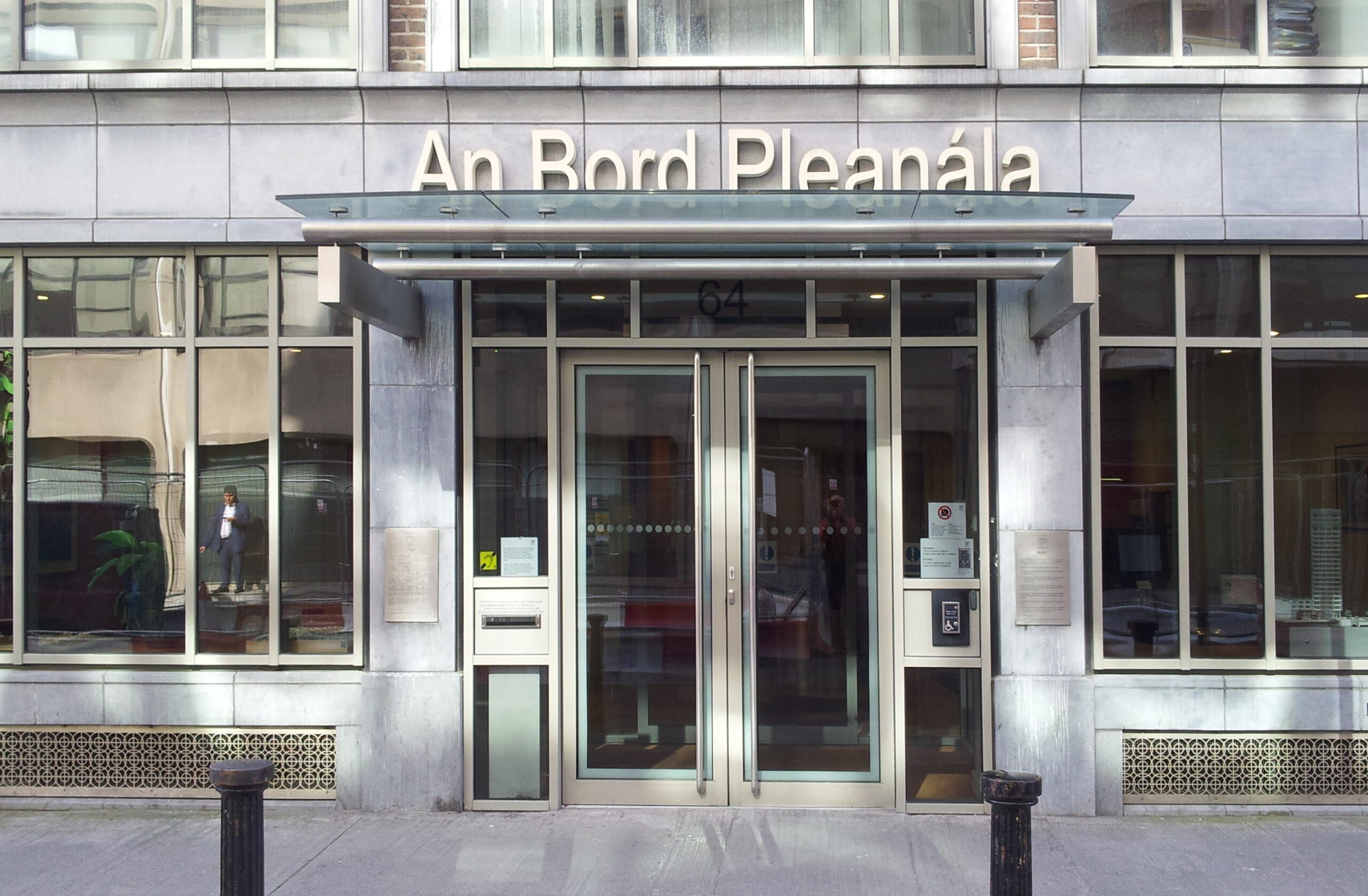 We are all painfully aware of the magnitude of the current housing and homelessness crisis, and of the need to quickly provide more affordable and social housing to mitigate the scale of the escalating catastrophe. But are the proposed reforms to An Bord Pleanála an unqualified positive step towards this? Or will the new streamlined planning process deliver housing and infrastructure more quickly, but at the expense of democratic rights and our climate and biodiversity commitments?

The fact that the proposed planning legislative changes have been welcomed by Ibec, a lobby group acting on behalf of private businesses, but have been criticised by environmental group An Taisce, indicates which interests the new laws are likely to benefit.

The Ibec campaign document from early 2019 ‘Better planning: reforms for sustainable development’ [In association with Property Industry Ireland] aims to make Ireland “a better place to live and work” and includes a five point action plan towards this, with recommendations to ensure a speedier, more efficient planning process.

The document criticises the current situation with judicial reviews, and recommends that these “baseless”, “vexatious” and “frivolous” claims be hindered in future. It advises that “Government should take legislative steps necessary to reduce the level of baseless legal challenges. These could include more restrictive locus standi for lodging challenges or a higher threshold for seeking judicial review.” It particularly takes issue with environmental regulations, saying “ the relative ease of virtually risk-free access to the High Court and the superior courts means that developers face an increasingly uphill task, particularly for projects that are subject to the EU’s complex and constantly evolving environmental acquis*.”

Earlier this year it was revealed that An Bord Pleanála was “mired in a number of controversies around practices and conflicts of interest; these concern individuals either on the board or working within the organisation” and its chair, Dave Walsh stepped down from the role last month. In light of these scandals and the often repeated complaints about the board’s lengthy and impenetrable procedural processes, an overhaul looks like a positive step. The new, improved planning body will be called An Coimisiún Pleanála and will have a different organisational structure, including a Governing Executive separate from the decision makers. Fourteen Planning Commissioners will replace the chairperson and board members.

While clearing out the ‘bad apples’ involved in conflicts of interests and starting with a fresh new team of people seems positive, this depends entirely on who the previous cohort is replaced with. The appointment of a temporary board by Minister O’Brien has led to accusations that the Minister’s appointments will make the new planning body will be even less independent of Government than the current one.

The length of the planning process is to be reduced, with set timelines for applications and appeals, something which is intended to speed up the rate at which housing developments are commenced. Given the current state of the housing and homelessness crisis, this should be something to be welcomed – if it means that the situation will improve and the delivery of more homes will be speeded up. But the influence of the business sector on legislation is a cause for concern and it remains to be seen whether the changes will benefit the status quo rather than mark the start of a new era, where people who are not wealthy, not powerful and unable to access housing at the moment have reasons for hope.

Making it more difficult to access justice through our courts for individuals and non-corporate groups to make it easier for development which is slowed by judicial reviews of planning decisions opposed by local groups or by EU environmental regulations is a threat to access to justice. The new legislation forbids residents’ associations to take cases to the High Court, which must instead be taken by an individual or individuals. This has been opposed by the Green Party, (without success) because of the impact it may have on due process. It also seems to reflect Ibec’s desire to make it harder for people to object, which is concerning, but this clear alignment with the business lobby group’s interests goes some way to explaining its warm welcome for the new planning rules.

The Better Planning document illustrates Ibec’s impatience with lengthy environmental assessments which hold up infrastructure building, recommending that “In the longer term the Regulator should also be given oversight of marine planning. ” Later on it continues with “Finally, it is worth considering whether the OPR should have a legislative mandate to promote better integration of land and maritime planning. Projects that involve foreshore development currently must go through two separate lengthy consent procedures each involving environmental impact assessment. This has the potential to hinder investment in our ports, in marine tourism, and aquaculture.”

This prioritisation of investment for trade and tourism overriding legitimate concerns for our natural environment further explains why these new business positive planning rules are not as welcomed by An Taisce and the Green Party.

Most people want a speedier, more efficient planning process, but we must consider the question of who it will be benefit most. Will it be better for local communities, for the environment, for biodiversity, for climate action? We need more housing, but we also need climate action and the former cannot compromise the latter.

But yet, we don’t really know what the impact of the proposed planning changes will be, should they pass legislative scrutiny next year. Only time will tell. We remain hopeful, and watchful.

*The European Union (EU) acquis is the collection of common rights and obligations that constitute the body of EU law, and is incorporated into the legal systems of EU Member States.