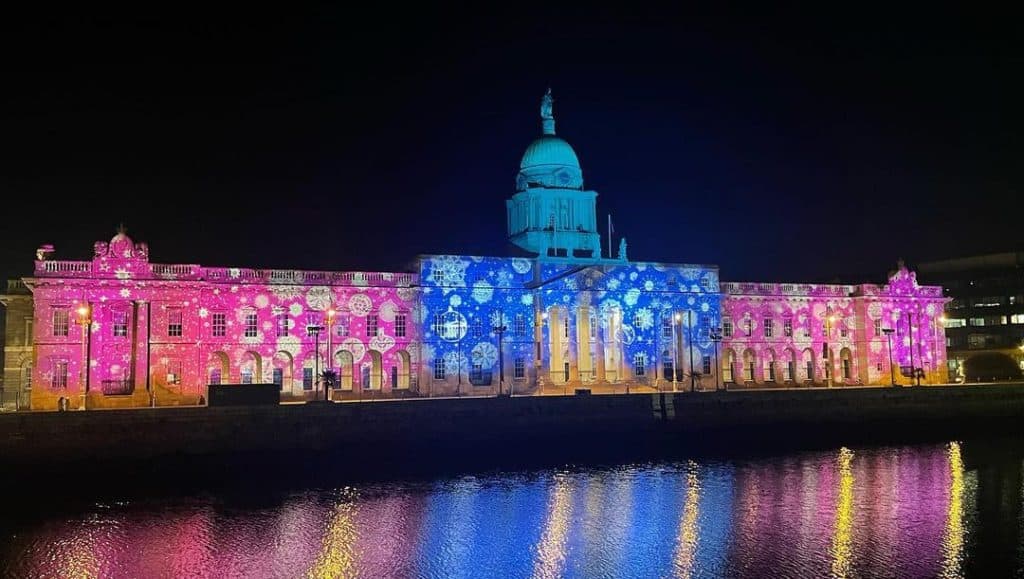 An increased openness to ideas from around the world has been one of the most positive developments in Irish society in the last generation. But that doesn’t mean that every cultural trend from abroad is one that we should adopt.

It seems that Charlie Flanagan, the Fine Gael TD from Laois and Offaly, has decided to import one of the more preposterous facets of the American culture war: the so-called “War on Christmas”. Deputy Flanagan took to social media over the weekend to complain that Bord Fáilte were running an advertising campaign that neglected “or refused” to mention Christmas.

It seems that, in fact, the campaign does mention Christmas. But even if there was some concerted conspiracy within the Tourist Board to silence the Christian calendar, is that really something that should concern us?

The idea behind the “War on Christmas” is that the hesitance of corporations to allude to religious festivals is part of a secularist drift in our society which is anti-Christian. I think that narrative is false, but even if it was true, I do not think that Christians would have anything to worry about.

There is no agenda that seeks consciously to remove the religious references from our society. In 2015, there was an outcry in the United States when the coffee company Starbucks released a red cup for the festive season that did not have any specific visual references to Christmas. Even if you think disposable coffee cups are potential mediums through which to promulgate the message of Jesus’ incarnation, you cannot believe that this was anti-Christian move. After all, the visual references that were removed were reindeer and tree ornaments. There may have been donkeys, goats, sheep, or even an ox at the nativity. The Magi likely brought camels. But we are still waiting on any evidence that Rudolf rocked up to pay homage to Christ the king.

And even if there was a vast corporate commitment to sell products and market services without making reference to the season that follows Advent, should Christians care? The real War on Christmas was the campaign waged by early Puritans who wanted to dampen what they saw as the material excess (and Catholicism) of the tradition. Our phony war may occasionally display a hesitance to use religiously specific terms, but that is positively driven by a desire to include the significant proportion of the population who are not Christians and by the utterly pragmatic concern for profit.

This is what is particularly baffling about the objection to Bord Fáilte advertising possible holidays to Ireland from November to January in terms of “winter”. How would it be more respectful to Christians to include reference to Christmas, exactly? Is that what respect for religious values in our society has been reduced to? That we seek out hoteliers who will piggyback on our second most sacred festival to sell B&B-plus-dinner deals?

The problem for Christians is that though these festival are basically diametrically opposed to each other – one says the good life is found through presents and the other says the good life is found through presence – the retail rampage rather swamps the revolutionary tale of the nativity. Christians don’t need to wage any wars in defence of Christmas. They do not even need to secede from the happy holidays that surrounds and sometimes drowns out their festival. But we do need to find new ways to sustain the transformative message of Christmas in our contemporary age.

In our new book, Parish as Oasis – buy many copies for your friends this holiday season!!! – Ciara Murphy and I discuss one Dublin church’s attempt to achieve just that. Every Christmas they dedicate themselves to something they call the Advent Conspiracy, whereby the congregation is encouraged to divide their typical Christmas spending in half, diverting as much as possible into charitable giving, and emphasising hospitality and the circular economy. This cuts down the risks of debt, reduces waste, and creates many opportunities for firmer friendships. But what it also does is clear the ground to form a vision of Christmas that is distinctively Christian without holding a needlessly antagonistic, puritanical perspective on the merriment and fun that marks the secular holiday.

There is no agenda that seeks consciously to remove the religious references from our society. What there may be, however, is a refusal to think seriously about the religious values within our society. (And next week there is a chance to hear one of the world experts on how to relate secularity to religiosity as William Cavanaugh visits Dublin and gives a free public lecture.)

The nativity is a story about a young family who cannot find a home, reliant on a bit of ground never meant for human habitation offered up by some distant relative under pressure. It is a story about a family who are forced to flee their homeland under the threat of genocidal violence from a cruel tyrant deluded by his maniacal desire to preserve power. As Bord Fáilte market Dublin as a holiday destination, thousands of people are living in hotel rooms because of our systemic refusal to build public housing on publicly-owned land. And as the hotel industry gears up to offer a céad mile fáilte to visitors, harassing and intimidating crowds chant outside the windows of people who have come here seeking refuge from war, persecution, and oppression.

Regardless of the religious words we use, if our hearts are closed to those truths, we are neglecting and refusing the real message of the festival of Christmas.