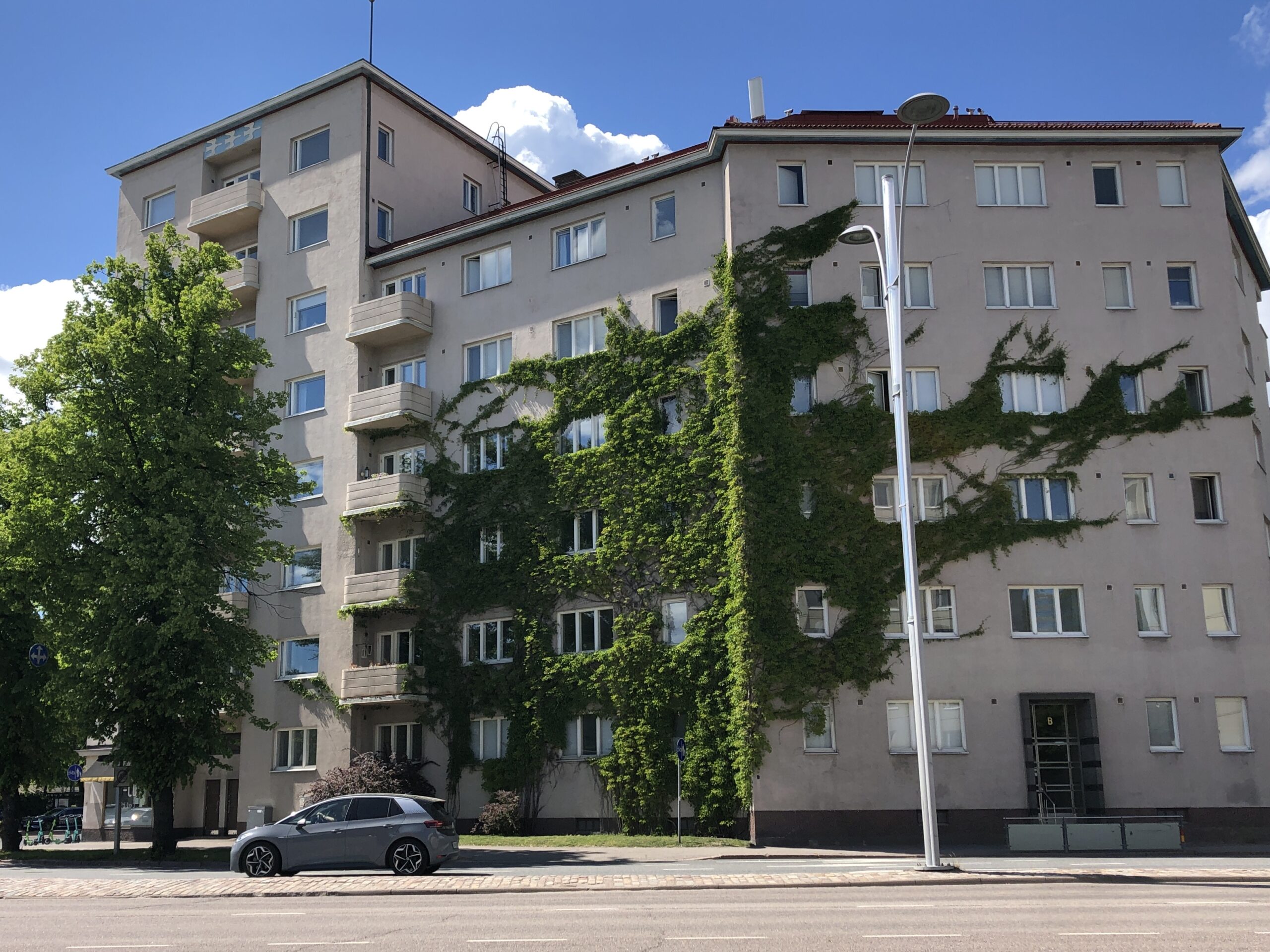 It seemed apt that on the week President Michael D. Higgins went rogue and decried the housing situation in Ireland as having gone beyond a crisis to ‘a disaster’, I was in Helsinki for the four-day International Social Housing Festival (ISHF2022).

I was there primarily to speak at an event organised by Philip McDonagh, Director of the Centre for Religion, Human Values, and International Relations at DCU. ‘Homes for All: A Theme for the Debate on the Future of Europe’ was a continuation of the work of the Centre’s Economics of Belonging project, which examines our political policies for their social value rather than their economic importance and explores how religious communities can contribute to the conversation about political values. Housing and homelessness policies are among the topics it covers, and the JCFJ is contributing a paper to this part of the project.

The festival itself comprised a diverse programme of events related to modern social and public housing, in various locations around Helsinki. Its 2022 themes were 1) People First: quality of life as quality of housing, 2) Achieving affordability and sustainability in housing, and 3) The right to housing: getting rid of the excuses not to guarantee it. These are aims we have advocated for in the Jesuit Centre for Faith and Justice, and ones I was keen to find out more about.

The Homes for All event took place on the second day of the festival [Wednesday 15th June], in the leafy and somewhat remote location of Aalto University. The campus is about 7km from Helsinki city centre, but thanks to the city’s impressive public transport system it was easy to reach on the underground. I was one of four speakers at the two-hour event, joined by three others whose wide-ranging knowledge and experience surpassed mine considerably.

The host, Philip McDonagh is a former ambassador to Ireland whose years in the Department of Foreign Affairs led him to live in cities including London and Helsinki. He is now involved in the Multilateralism and Methodology Project that submitted a report to the Conference on the Future of Europe after its conference in DCU last February. Philip spoke about the Conference and explained the underlying themes of the Economic’s of Belonging project, which includes profound questions about the interconnectedness of religion and the public sphere and the need to figure out a way to demonstrate the value of this. The need to look beyond Ireland to our European neighbours is a central tenet of the project, to find examples of policy that promotes human and societal flourishing.

I spoke next, giving the international audience at the event a brief overview of the Irish housing crisis, and its proposed solutions – all of which will be familiar to anyone in Ireland who knows the work of the JCFJ. We have long been advocating for cost rental housing to be built on a much larger scale, as one solution to the current crisis, and also to provide secure affordable homes for low and middle income earners, as it has done successfully for generations of people in other European countries.

The third speaker was Anne Barrington, Chair of the Board in O’Cualann Cohousing Alliance and also a former ambassador and colleague of Philip’s in the Dept. of Foreign Affairs. Anne spoke about housing in the context of European law, and what can be done to change subsidiary rules so that they are not an impediment to providing State aid for housing. She also focused on the recent European Parliament report which, she said, is an effort to introduce European values into the dialogue on housing that has been dominated for far too long by financial markets, property interests and transactional relationships, as well as an effort to show the inextricable link between the macro-economic framework in which the housing market works and the effects of this on the lives of real people in Dublin, Berlin, Helsinki and Paris.

The final speaker was Juha Kaakinen, former CEO [now Director] of the Y Foundation which developed the Housing First strategy that has almost eradicated homelessness in Finland and has been exported to many countries, including Ireland. He gave an overview of how Finland’s homelessness figures have decreased steadily since 1987 thanks to measures, including the implementation of the Housing First strategy. Housing First provides permanent secure homes for people who are homeless, with supports as necessary. This is in direct contrast to the previous model of care which recommended that homeless people deal with any additional issues they may have such as addiction, before they could be accommodated.

The success of Housing First in Finland – and its apparent failure to stem the tide of homelessness in Ireland – can be attributed to the commitment by all political parties to end homelessness, and to the network of cooperation that government departments and agencies in the housing sector have formed, from national to local level.

What linked all of the presentations was the theme that the Irish housing and homelessness crisis not only could have been averted but can also be solved. All that is missing from the Irish context and present in Finland, for example, is the political will to do so. It is a useful country to compare ourselves to as it has a population comparable in size to Ireland’s. Although Scandinavian countries have a reputation for being having wealthy citizens and being expensive to live in – something that is often used as an excuse for why we in Ireland should tolerate poor public services – Ireland has a much higher GDP per capita than Finland and a lower unemployment rate. We are the expensive country – our cost of living is 23% higher.

So why hasn’t our State solved homelessness, with all of this money?

President Higgins is right – the housing crisis is our ‘great, great, great failure’. The JCFJ’s Peter McVerry is also right when he marvels at the politicians who responded angrily to the President who “instead of listening to him and asking themselves what can they do, they attack him.”

It is beyond time for our politicians to listen, and to ask themselves what they can do, and to act. The presence of Minister Darragh O’Brien at the ISHF may indicate that he is willing to listen to solutions to the crisis, and see the results of a country that has solved it but only time will tell if he really got the message.