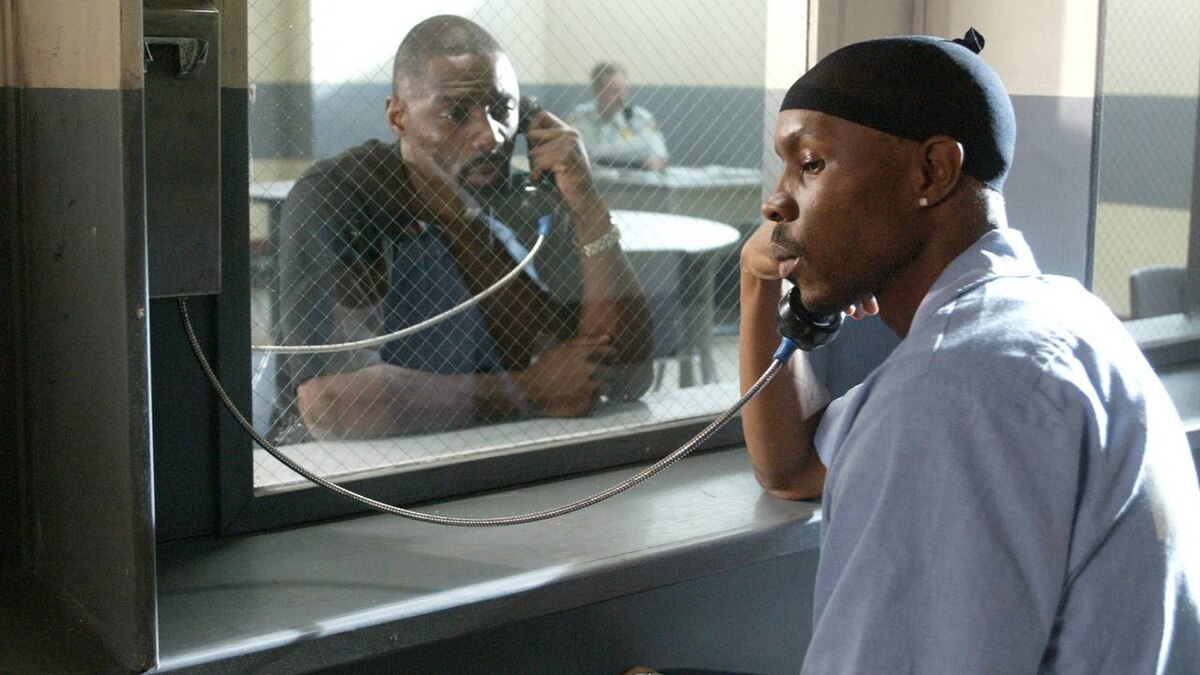 In season three of The Wire, Avon Barksdale walks across the prison baseball field to talk with Wee-Bey and Dennis ‘Cutty’ Wise. Cutty is due to be released on parole the next day, after spending 14 years in prison. Cutty is in a pensive mood but Avon and Wee-Bey glibly remind him that “you only do two days: that’s the day you go in and the day you come out.”

This sentiment of a prison sentence only being two days is repeated regularly throughout the early seasons of The Wire. Stringer Bell and Avon repeat their carceral maxim during a prison visit. Due to The Wire’s status as a global cultural phenomenon, this idea was repeated recently by Russian opposition leader Alexei Navalny, who was unjustly sentenced to nine years in a maximum security penal colony. In a tweet, Navalny claimed to have had Avon’s words printed on a t-shirt which was swiftly confiscated by Russian authorities.

The naturalistic dialogue in The Wire is often loaded with meaning. Simple one-liners, easily missed, are dense with sociological and criminological insights. There is much to tease apart in the idea of a prison sentence only being two days, from the perspective of how a person experiences imprisonment and the strategies they employ to endure it. The choice they make of engagement or disengagement. Others have considered more fully how people cope with the pains of imprisonment.

This piece is interested in this idea of two dates in the mind of the prisoner.

Time flows differently within a prison or institutional setting. Days can feel longer due to a highly-regimented schedule and the length of time which a person spends with their own thoughts or in isolation. While a person in prison has little control or agency over how their time is organised or how they perceive that time, they do know the start and end-point of their incarceration. They will vividly remember the day the door locked behind them. And irrespective of the experience of the time in between, prisoners will know their release date. This is the point being made by Avon and Wee-Bey, and later by Navalny; having a stable and knowable endpoint helps you to prevail. Seemingly infinite time is marshalled by a terminus.

Following a recently published Inspector of Prisons’ report into Castlerea Prison, it was discovered that “a large number of prisoners reported to the Inspection Team that their release dates had recently been extended without explanation.” In one case, a prisoner reported that his release date had been moved from January to June 2022. No formal explanation had been given to the prisoners as the change in release date only came to their attention when they sought to check personal information.

An internal review revealed that a total of 131 sentencing errors were made across the Irish prison system. Of the 131 prisoners affected: 102 had their sentenced extended; 29 had their release date brought forward; and, worst of all, the Minister for Justice identified that “six prisoners were required to be released immediately”.

The proactive nature of this statement hides the seriousness of what has gone before. In many ways, this incident of sentencing errors feels like a thought experiment. A barely believeable example created to stretch the minds of undergraduate criminology students as they ponder the fundamental foundation stones of imprisonment. Students would likely conclude that, as part of the tacit agreement we have with the State to perform our retributive function, when people receive a prison sentence, they should not serve a day more than that handed down by the judiciary. They may serve less time as a result of early release or parole but they should never serve more. Better to be released months earlier than serve one day more!

When the Minister for Justice said that “six prisoners were required to be released immediately,” this is either unintentionally erroneous or misleading. These six were not prisoners by definition. Yes, they were in prison but their legal status was profoundly different from that of a prisoner. The sentence they received had been served, they were free people who were being detained in prison with no legal basis or grounding. Their sentences had expired. Something as important as the calculation of released should have safeguards with as many checks as is needed to ensure that a person is guaranteed their correct day of release.

We can be sure that of the various dates (birthdays, anniversaries etc.) which a prisoner will have in their mind, their date of release will be there. The knowledge of an endpoint can help people to persist, to give hope and to plan for a future outside of prison. A release date being extended could be detrimental to a prisoner’s progression.

If all your mental energy is focussed upon a set date, to then have this extended by six months could inflict unbearable anguish. The unspoken agreement between the prisoner and the prison system—of both sides abiding by the rules of imprisonment— is fractured when the prisoner’s release is revealed to be wrong. A vital point of reference in a sea of unmoving time is lost.

This tale of sentencing errors likely has a way to run yet. The Minister for Justice has commissioned an external review of sentence calculations with a suitably qualified person being sought. We may be heading back down a familiar road of the Department of Justice, the Irish Prison Service and external reviews.

Another facet of this incident which may not be appreciated is the inability of the Office of the Inspector of Prisons to publish directly. The Castlerea Prison inspection report was submitted to the Minister on 23 December 2021 and published over four months later.  While we can agree that the inspection report was published, the delay serves an important political function in this case.

The opportunity to complete any ongoing internal audits or reviews allows the opportunity to both fend off any strong questioning of the Department of Justice and the ability to present an image of a Department and Prison Service in control of any incident which may become problematic in the future. Ability to delay publication of reports is a crucial tool for maintaining public perception and trust in the face of the most fundamental of errors.

If Avon Barksdale’s maxim is true – that the only important days in a prison sentence are the day you go in and the day you come out – the very least that prisoners deserve is being able to rely on the latter.