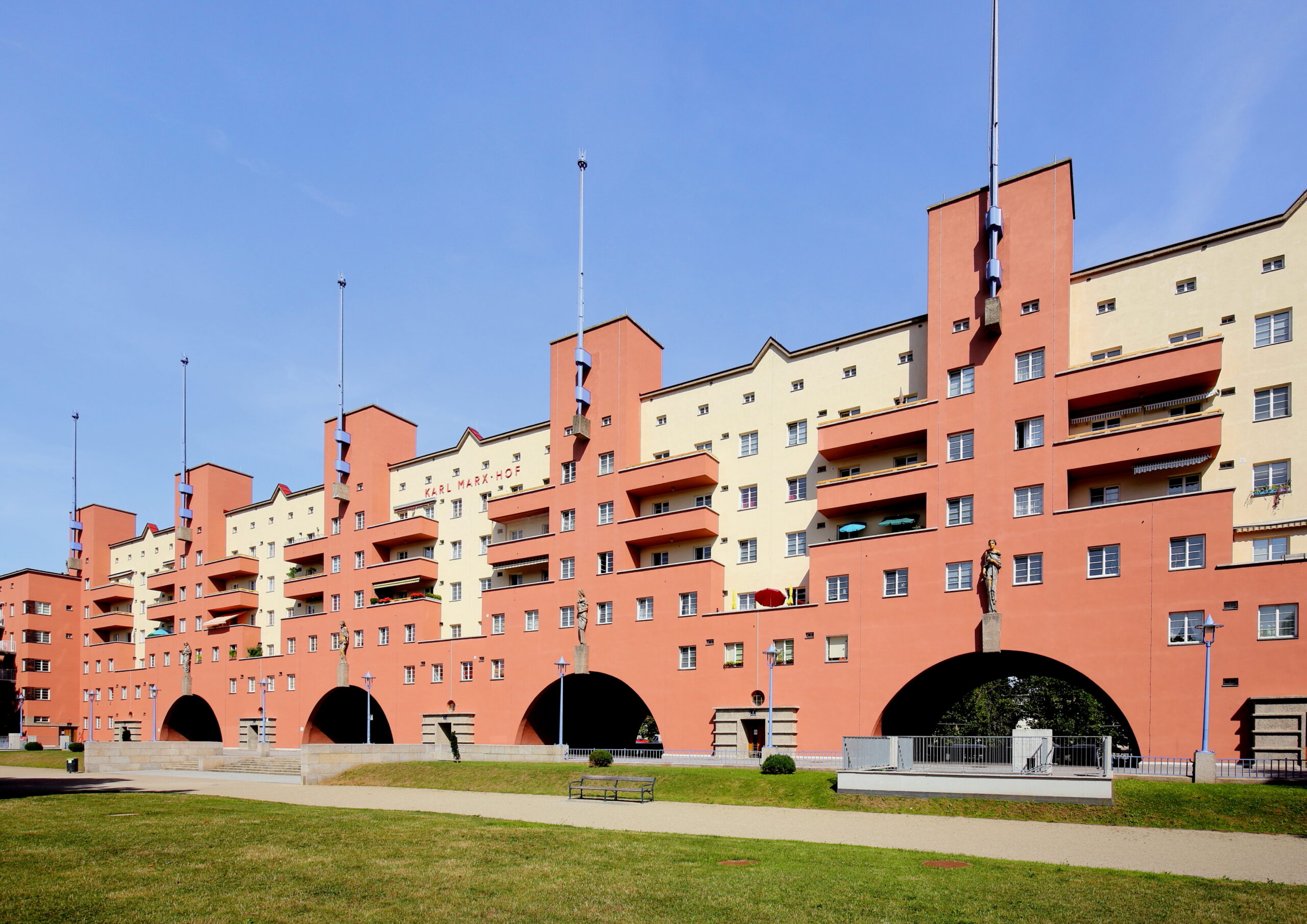 High-density housing has a bad reputation in Ireland, but it is a useful idea that can provide homes for high numbers of people while simultaneously preventing urban sprawl. It maximises the efficient use of shared resources including water, sewerage systems and public transport. If it is implemented well, it can be both affordable and desirable for people to live in close proximity to each other and also to amenities including shops, schools, hospitals and parks.

In the 1920s, the pioneering architect and urban planner Le Corbusier created a Modernist blueprint for high-quality, high-density living. The first and most famous Unité d’habitation housing development was unveiled in Marseille in 1952 and was the prototype for his vision of ‘streets in the sky’. The building has 337 apartments of 23 different layouts across 12 storeys, with corridors that have shops, educational facilities and a hotel. The communal rooftop space has a running track, a paddling pool and a theatre, with views across the city and out to the Mediterranean. The building still stands today and is (unfortunately) mostly inhabited by middle-class professionals.

A watered-down version of Le Corbusier’s vision was implemented in Ireland (and, in its own way, the UK). High-rise social housing apartment blocks can still be seen in cities across these islands today. But it can’t be said that Le Corbusier’s vision for a futuristic urban utopia was implemented in the tower blocks of Glasgow’s Red Road, or in Dublin’s Ballymun towers. These housing developments and others like them solved the city management’s problem, not the people’s.

In Dublin communities from inner-city tenements were forcibly moved out to high-rise developments, far from the city’s amenities. The flats were an improvement on tenement living, but the promised services never arrived. Poor implementation of a good idea ruined it. Cheap materials used in construction resulted in homes with poor soundproofing and insulation, as well as adding to the fire risk. High rise towers were built as housing but there were no amenities included for activities like shopping, sports or socialising. Placing people in close quarters in sub-par accommodation exacerbated existing social problems and created new ones. Decades later, Ballymun is facing its third redevelopment and doesn’t even have a local pub for its residents to gather in, never mind other more important facilities.

This time the social housing prototype that is being implemented half-heartedly in Ireland is cost rental housing. The ‘Vienna Model’ is considered the blueprint for public housing that is affordable, high-quality and desirable and – even though Dublin City Council hosted an exhibition about it in 2019 – to date its implementation here bears only a faint resemblance to the original. This failure to fully embrace the vision  is unlikely to result in success.

The years after WWI were tumultuous across Europe as the old order fell and new political and social movements emerged. In Vienna in the 1930s a Socialist city council was in power and it responded to the acute housing shortage by building high-density low-rise blocks of apartments for the city’s industrial workers. Class warfare between landlords and tenants was threatening social stability and a solution was needed, and fast. ‘Red Vienna’, as it was known, heavily taxed the wealthy to achieve its vision of a city that was for ordinary people, not just elites. In the interwar period the city council built 64,000 municipal apartments with green spaces and amenities on infill sites in the city centre.

Karl-Marx-Hof, the most well-known example of these complexes, is located in central Vienna. It was completed in 1930 and included 1,382 apartments with a capacity for approximately 5,000 residents. It is more than a kilometre in length – covering four tram stops. Its construction included laundromats, baths, kindergartens, a library, doctors’ premises, and business offices. Less than 20% of Karl-Marx-Hof is built up – more than 80% of the site is dedicated to gardens and play areas. The location and amenities included in the development are what make it more than simply housing. It is in itself a community, suitable for community and family life. Its location makes it easily accessible for the city’s amenities – for example workplaces, schools and shops.

Leaving aside for the moment the notion of affordability  (which in Ireland is interpreted as meaning housing that is of lower cost than the average market rates instead being linked to people’s income), the implementation of the Irish model fails to embrace the vision behind the concept just as it did with high-rise housing all those decades ago.

In Ireland, cost rental housing has been built and is planned for commuter villages and towns on the periphery of Dublin: Stepaside, Newcastle, Balbriggan, Newbridge.

The most recent Irish cost rental development which was unveiled in Stepaside in April 2022  has just 50 two-bedroom apartments, which is too small for the average family. There are no amenities included in the complex (although it does mention green spaces) and it is approximately 20km from Dublin city centre, without access to either Luas or DART lines. Simply put, these apartments are not suitable as a long-term prospect for anyone who wants to settle into a community and have a family.

It is a lack of attention to details like this which will make or break the success of cost rental housing in Ireland. The frequently cited ‘Irish obsession with home-ownership’ has been fuelled in part by the lack of suitable alternatives. Affordable, stable tenancies in high-quality homes located in communities with appropriate amenities for families have been largely absent from the public housing sector, and they remain so.

Cost rental could offer a viable – and desirable – alternative to the goal of home ownership by providing what people actually want when they sign their lives away to a mortgage institution – a home they call their own – without the underlying anxiety of eviction that accompanies renting in this country. How the Government implements this is crucial to its success.

The JCFJ recently published Tenant State of Mind and Cost Rental in Ireland – two documents critiquing the Irish State’s  current housing strategy, which suggest that the implementation of  cost rental housing at scale would make it more viable as an affordable stable option for tenants.