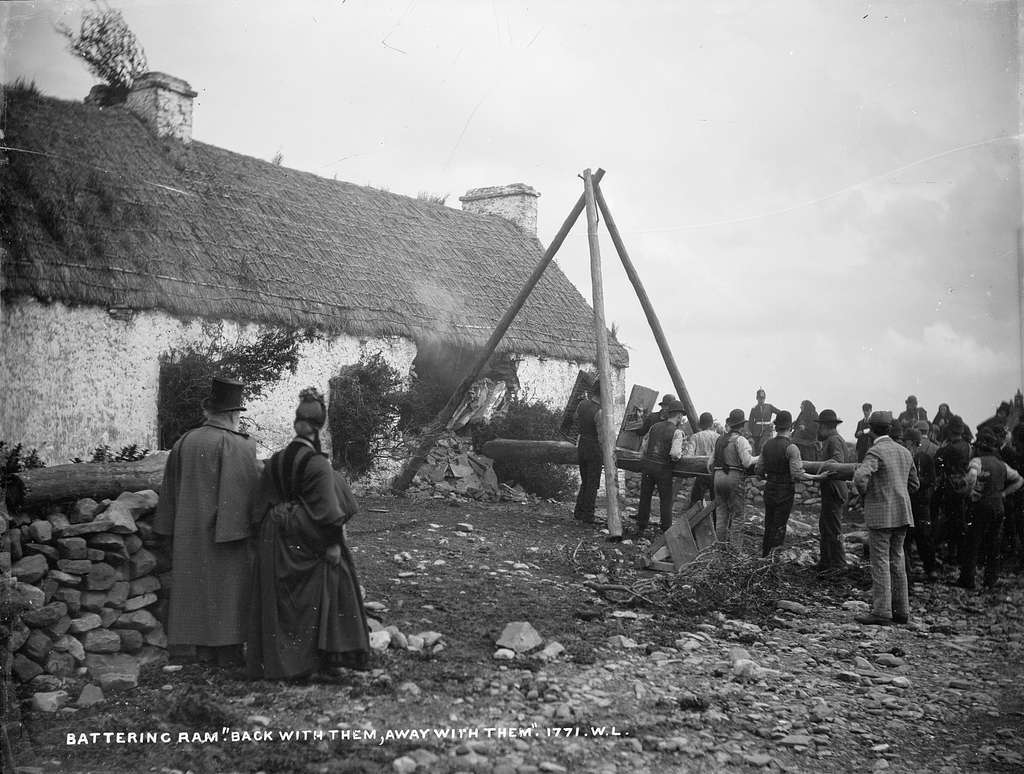 Last month, a number of homeless people were forcibly evicted from a property in which they were taking shelter. Gardaí offered extensive support to the private security firm, with roadblocks, dozens of officers, and a helicopter patrol. To protect the rights to vacant property, the men who arrived in vehicles did not merely remove humans without a home from the premises. They also destroyed the premises, shattering bathroom facilities and pouring oil over beds. The property has lain idle for seven years, in which time homelessness rates have risen by 225% in the city (2014: 1,868, 2021: 4,220).

The owner of the property intends to develop 170 built-to-rent apartments on the site. They justified the dispersal of homeless people on the basis of public health concerns: “to protect lives“. They hope to begin construction of their complex in autumn of next year. Whether that development contributes to the alleviation of the complex housing crisis that faces the capital city remains to be seen. Its location beside the TU Dublin campus and its reliance on one-bedroomed units suggests that  – after years of passive speculation – when the site is built upon, it will chase further easy profits instead of offering quality and affordable homes.

Eviction plays a significant symbolic role in the Irish political imagination. The Land League movement which sought to secure rights for tenants in the face of the dominance of the market by Ireland’s 19th century version of international capital (the aristocratic landlord) was central in forming the political momentum that would, a generation or two later, lead to independence. 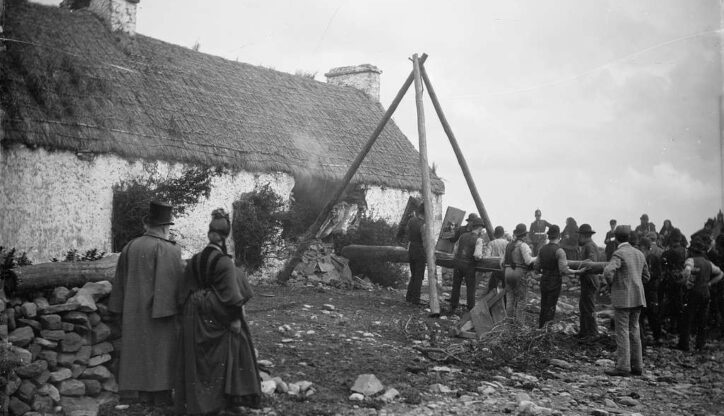 In the face of an earlier housing crisis, the Dublin Housing Action Committee was established in 1968 and engaged in strategic squatting of vacant properties around the city, intending to draw attention to the crisis of availability and poor housing conditions. When the leader of the movement, Dennis Dennehy, was arrested after orchestrating a squat in Mountjoy Square (around the corner from JCFJ’s present offices), he went on hunger strike and won the support of huge crowds of people who marched on the streets of Dublin.  RTE has archive footage of one such protest, which was addressed by the Jesuit priest, Michael Sweetman.

Fr Sweetman spoke of “the social sickness caused by the housing situation which is deplored by nearly everybody.” One could imagine any number of contemporary Jesuits using the exact same words today. Nearly everybody understands that a society which is among the wealthiest on the planet and yet unable to house its citizens is suffering from a deep sickness. Nearly everybody understands that when thousands of children are without a home, it is a crime for landlords to leave property to languish in dereliction as they speculate patiently on a rising market. Nearly everybody – even those who would uphold the a supreme importance for private property – will empathise with the people cast out of tents, camper vans, and caravans and out on to the cold pavement of Prussia Street.

But the reality is that not everybody recognises the sickness of this situation.  Formed to believe in the myth of homo economicus, whereby human beings should always operate according to their economic self-interest, there are many in Ireland today – especially in the upper echelons of our society – who believe that it is their sovereign right to pursue their private profit without regard to the common good. In this framework, questions about whether the work that is done or the developments that are erected make life better for others is casually dismissed as sentimental nonsense to be relegated to the past. What counts is the bottom line.

This perspective is all too often unchallenged in Ireland as “common sense”, which is curious because the sense commonly held is far more conflicted about the housing crisis and the role of profit in the provision of the essentials of human life. That kind of untroubled economistic view of life is utterly rejected by the Christian tradition, which holds that the good things of the Earth are gifts that are meant to be shared so as to meet everyone’s needs. The technical term for this belief is the universal destination of goods: the right to private property exists but is secondary to the needs of your neighbours.

This line of thinking is not marginal in Christianity. It was a major component of the early church’s proclamation. Ambrose of Milan famously declared that when a wealthy person offered charity, “you are not making a gift of what is yours to the poor man, but you are giving back to him what is his.” The earth and everything in it “belongs to everyone” taught Ambrose, underlining his point: “not to the rich”.

Thomas Aquinas is arguably the most important thinker in the long Christian tradition. He upheld the right to private property, as it encouraged good stewardship and encouraged the building of community. But that does not mean that Aquinas is an ally of the modern homo economicus. Private property is fundamentally conditional: your right to own a thing relies on your use of that thing. “Man ought to possess external things, not as his own, but as common, so that, namely he is ready to communicate them to others in their need.”

Modern Christian teaching maintains this commitment. How can it not, since ultimately it is sourced directly in the words of Jesus. The pretend common-sense of the ruling class holds that if you own a thing, it is yours to do with as you will. The sense held in common – on every continent and across millennia – by Christians is that you if you own a thing, that is a gift from God intended to be shared so as to serve your neighbour.

The Reality of Property

Ireland faces a complex housing crisis. We could explore this under any number of headings: Stratospheric homelessness; Rent-levels out of reach; Purchase prices returning to bubble-levels; Hampered supply; The distorting role of institutional investors; The dire long-term consequences of present State remedies; The insufficient regard to the climate crisis in development and planning; The intensifying pan-generational, systemic inequality fueled by asset-price inflation.  We could go on…

When the problems are so deep, it is easy to pass over a fracas like the one that occurred on Prussia Street. Legally, those people had no right to occupation – that is undisputed. “Move them on and let the developers build”, is a response that seems eminently reasonable.

But the problems are so deep because there is very little thinking done on how housing fits inside the bigger picture of an individual’s flourishing life or the common good of a society. By reducing the bricks and mortar of a building to numerical profit on a spreadsheet or rights guaranteed in law, we miss the point. We are left conceptually homeless by believing this is a “market” like any other. That logic means those who can’t afford the service cannot access it. Nearly everybody intuitively senses that is wrong. But we need ideas from outside the paper-thin common-sense of homo economicus to put words to that moral insight.

One place to find it is in this idea of the Universal Destination of Goods, which respresents a radical departure from the justification of profitable immiseration that passes for our shared reality. With a voice spanning centuries, figures like Thomas Aquinas contradict the landlords and their political proxies. Your right to profit does not trample your neighbour’s right to shelter. Squatting may be a crime, but the Christian tradition speaks with one voice: vacancy is a sin.