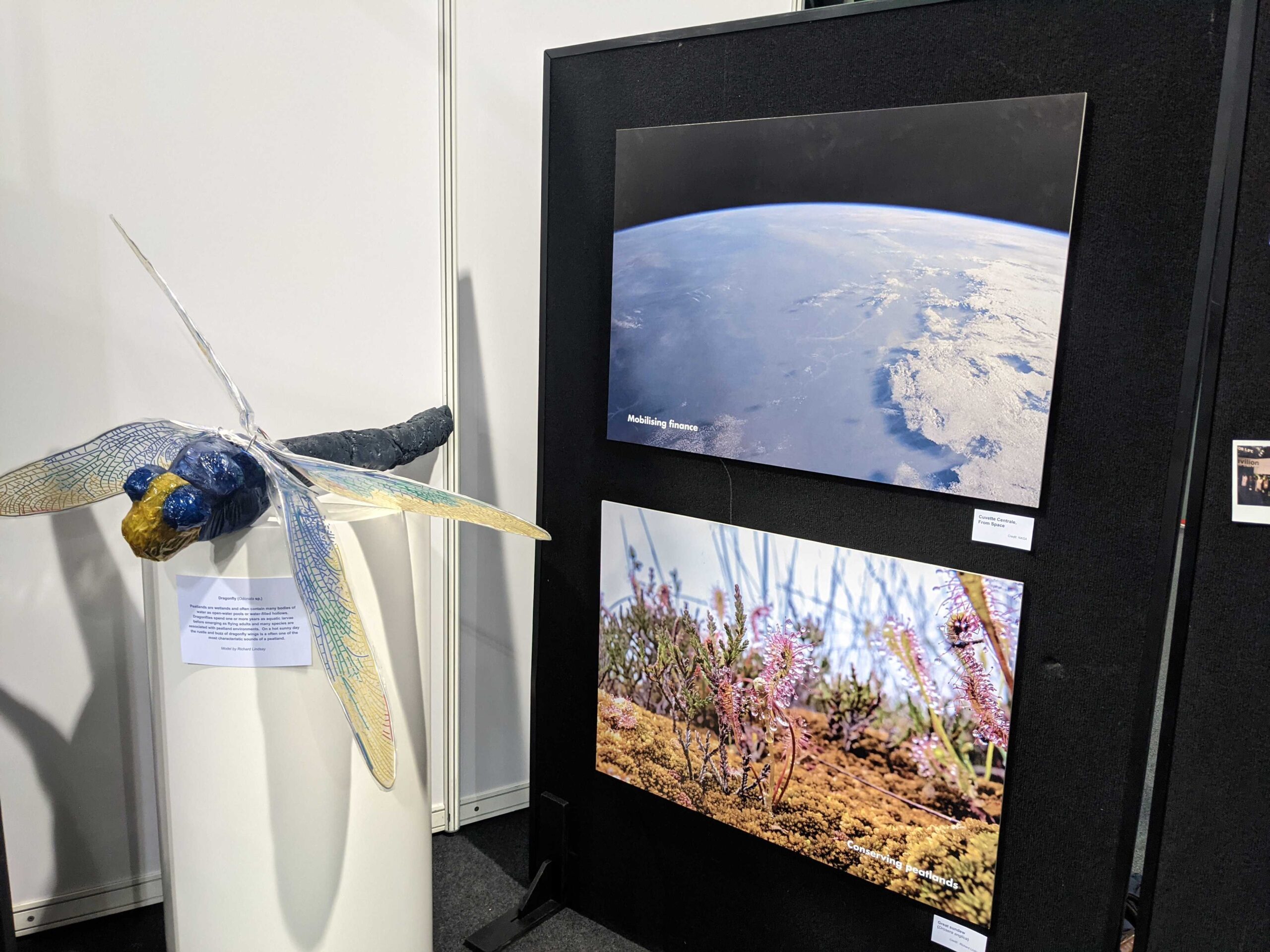 Wednesday 10th November was Transport day but I started out with a jaunt to the Peatland Pavilion to check out the Peatland Gathering event hosted by Catherine (Farrell) Wilkie. I don’t think the importance of bogs for climate action, especially in Ireland, can be overestimated. Restoring and rewetting peatlands is a vital tool in our tool box however I learned it is not as simple as blocking a few drains and calling it a job well done. The hydrology and the topography of the bog is vitally important, the exact restoration work needed would depend not just on the state of the bog but also the surrounding area. As one of the speakers put it ‘look after the hydrology and the ecology will respond’. The need to constantly learn from both our successes and failures in our restoration work cannot be over emphasised with high quality data, over a long period of time needed to get the entire picture. 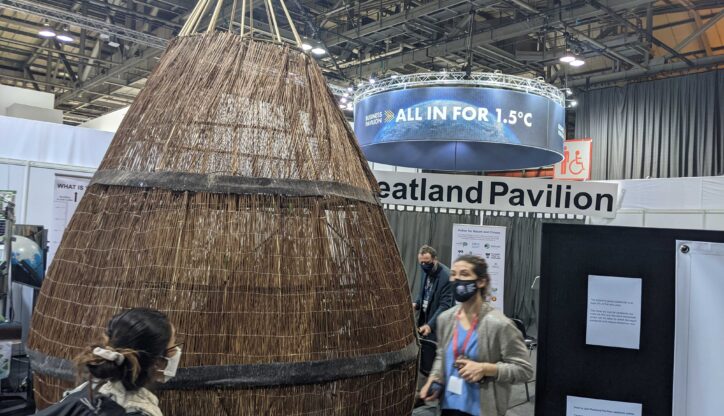 The Peatland Pavilion at COP26

While the importance of hydrology never comes into question, for the actual implementation of peatland restoration the methodology around restoring wetlands can only come after gaining the support and buy-in from land owners. This is where engagement, communication and effective policy development comes into play. One of the more effective programs in play at the minute is the Results Based Agri-environmental Schemes with the FarmPEAT initiative the relatively new version aimed at farmers on peaty soil.

With my peatland fix satisfied I went to a Plenary Room where announcements around zero-emissions heavy duty vehicles were made. One of the first questions in the session was ‘What is the benefit to the motor industry?’. It was around the time that my Jesuit Missions UK colleagues and I decided there may be more interesting events elsewhere.

The daily CAN press briefing again turned into an interesting summery of what was currently happening. The draft cover text landed overnight and its reception by the panel at the COP briefing was mixed with the fuzzy language around Loss and Damage deemed to be unacceptable. The mention of fossil fuels was welcomed in the text however all the panelists wanted the language strengthened with some hard deadlines included. The lack of acknowledgement on the failure of the $100 billion climate finance payment was also flagged. The trust that was damaged by this failure needs to be mended.

One of the frustrating aspects of some of the events in the pavilions is the tiny rooms. Turning up the AOSIS space ready to see a round-table co-hosted by Ireland on the role of oceans in climate action I saw a full room and could not hear a word. Giving it up as a lost cause I (unfortunately) wandered off…  I later learned that the amazing Mary Robinson attended drawing an even bigger crowd.

After a bite to eat and a delicious coffee from the Resilience Hub I decided I would give attending another meeting a go. This one focused mainly on finalising the text on the Adaption section. I lasted approximately 10 mins before I realised that no-one was benefiting from me being there – least of all me. It did make me think though. The main function of COP are these meetings around text and hammering out the details of agreements. It has however morphed into ‘the moment’ in the calendar for the climate movement. Success at COP is also required to keep momentum going in individual countries where failure to reach new ambitions could dampen the energy for climate action. The mixture of events and talks, as well as the opportunity to observe the negotiations all contribute to this momentum and could potentially be as important as the legal text itself.

In several events I attended over the few days I was lucky enough to be here, the role of grassroots and collective action was obvious. The subtext of this is that we do not need to rely only on the COP text to act. Communities are finding solutions to not only adapt to the changing climate but also mitigate their emissions. While I am hopeful for a text from the COP negotiations which will turn the tide from climate ambition to action, the important and sometimes underappreciated role of community and ground up action must not be forgotten.

With my musings finished for the day I headed to the pub for a glass of wine before catching the train to Edinburgh.