It was just a few ducklings at the start. I mean, everyone likes ducklings don’t they? During lockdown there was little else to do but go to the local park for interminable walks. So I took a few photos on my iPhone of some ducklings in the pond, posted them to Instagram and watched the ‘likes’ roll in. 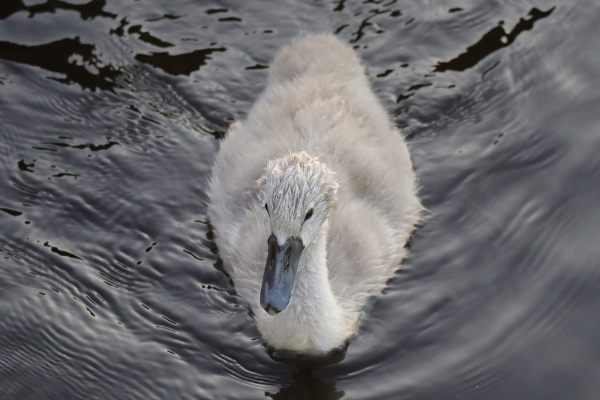 But then it was the fluffy little cygnets that caught my eye. They are kind of gawky, and grey, and not as conventionally attractive as the offspring of ducks, it’s true. But I’ve always been a sucker for an underdog. (Is there is such a thing as an underduck?) I began to take a photos of them, and put them on social media. There were a few ‘likes’, and a sense of growing consternation among people who thought they knew me.

As the long months of lockdown wore on, I ventured further afield (within my five kilometres), now armed with a camera. Walking along the canal near my home sparked my interest in Herons. They are elegant and poised. It is easy to see why they feature so much in Japanese art. But in Ireland they have a fearsome reputation as the oppressors of the local waterways.

And in fairness, it is hard to look at them kindly after witnessing one eat a duckling.

Outside the 5km Limit – The Saltee Islands

Even before the pandemic struck, I had wanted to see a Puffin in real life. So, as soon as inter-county restrictions lifted this year I set off to the Saltee Islands in Wexford. The Puffins did not disappoint. They are utterly endearing, and the hours spent on the island taking photographs and just watching them go about their business were happy ones. 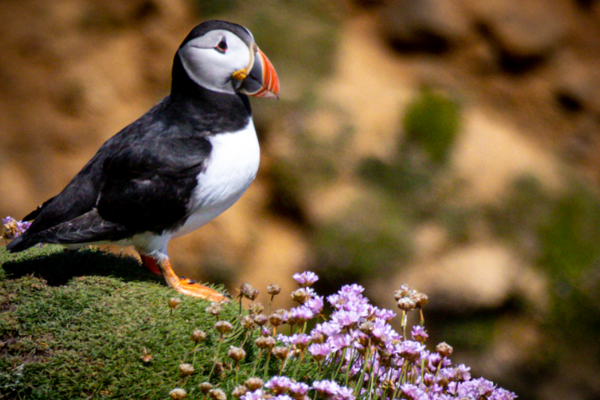 A Saltee Islands Puffin shows off his mating plumage 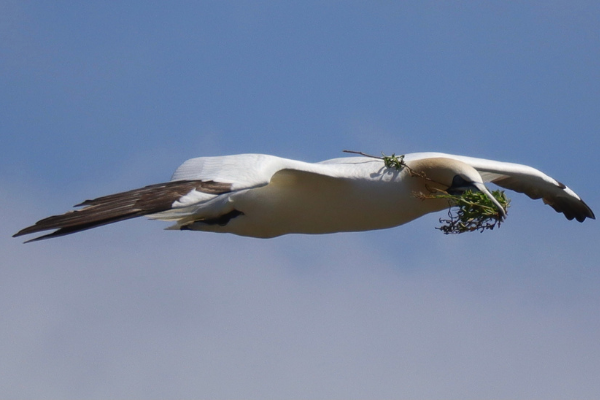 A Saltee Islands gannet carrying seaweed in its mouth

The islands are also home to colonies of Guillemots, Razorbills, and Gannets.

Boating on the River Shannon

Last month, I spent a few days in a boat on the Shannon. There were ducks, seagulls and swans of course. But the birds that really caught my eye this time were the Cormorants. 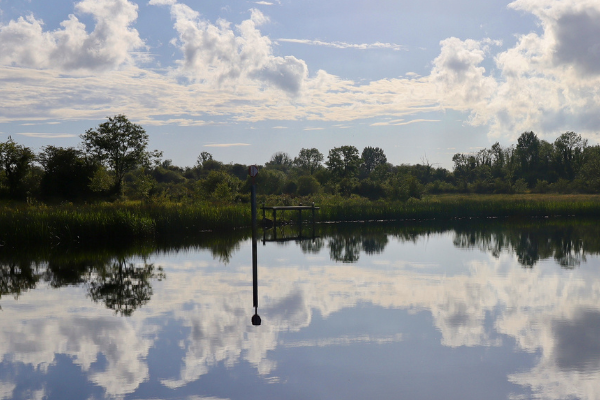 The peaceful water of the River Shannon

They sat on the red and green poles that guide boats to where the water is safe, drying their oily wings in the sunshine. The patterns on their feathers are intricate and unexpected, making them a new entry at the top of my personal ‘most underrated bird’ category. 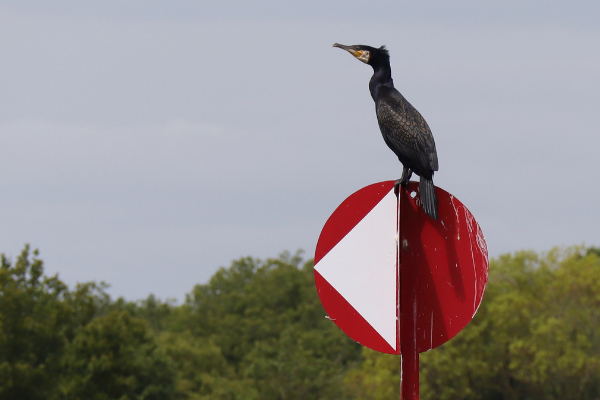 A Cormorant dries his feathers on a guiding pole

Some of the time, squinting at the river for hours in the sunlight seemed like a futile pursuit. But then one day a Great White Egret emerged, tall and majestic among the reeds near the riverbank. 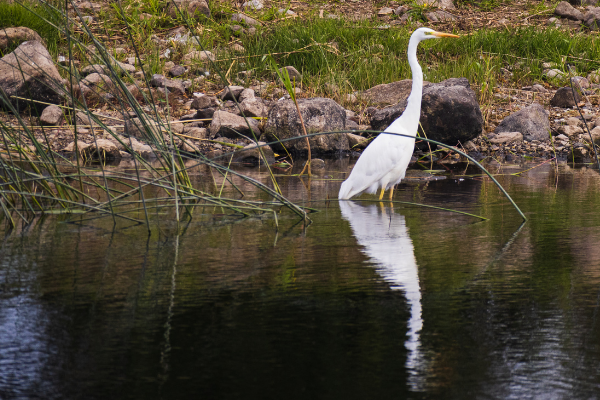 A Great White Egret on the banks of the Shannon

A few moments later I spotted a pair Great Crested Grebes crossing the river carrying their babies on their backs. This experience was almost the highlight of the trip, but even that was topped by seeing a murmuration of Starlings the next last evening – truly a magical end to the day.

So it’s fair to say that lockdown has changed me. Two years ago I liked to talk about books and politics, (and my cat). And while I still enjoy talking about those things, I also want to tell you about avian feet – how freshly hatched Moorhens have enormous feet that are too big for their bodies and are bright green, or to show you photos of the delightful orange webbed feet of Puffins, or my favourites – the bright red feet of Black Guillemots.

Connecting with nature in this way, first in the local park and then around the country has had not really had an impact on how I think about the environment – I was already a member of the Green Party and interested in issues around climate action and biodiversity – but has definitely affected how I feel about it. Like many city-dwellers, I had little contact with the natural world. Having the opportunity to pay attention to nature in my own neighbourhood and to appreciate the beauty within the country I live in was a gift of the pandemic that I could not have anticipated.

“So what?” you might well ask. Well, it has resulted in more concrete changes too. I have reduced my meat intake to almost zero, after dithering about it for years. And as someone who would previously have never passed up the chance to take a long-haul flight to another continent, I will now question my decisions to travel abroad with more rigour.

My years in the Jesuit Centre for Faith and Justice have taught me that although taking personal responsibility for environmental action is laudable, it’s simply not enough. So in addition to questioning my own actions, and I will take more of an active role in advocating for our Government to keep its commitments, as outlined in the recent Climate Bill.

In the meantime, I’ll be out with my camera, taking photos of the beautiful world around me. Instagram won’t feed itself you know.