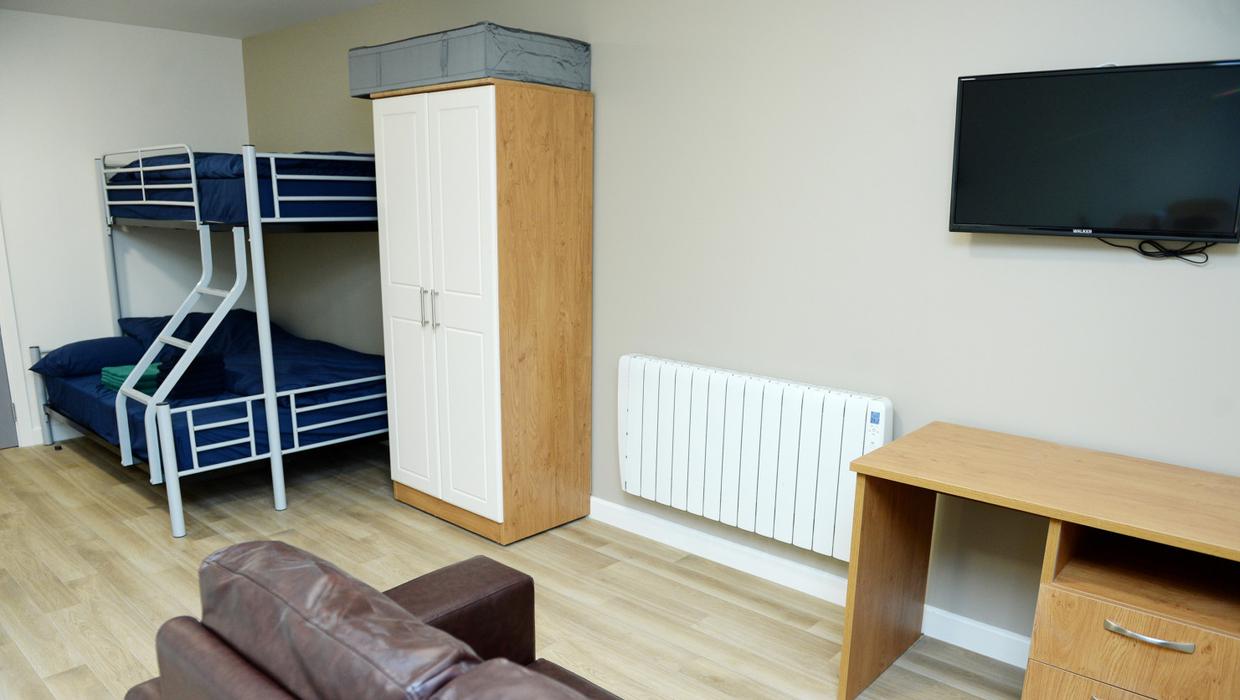 This blog post is the final of a three part series on policy-making as storytelling. In this week’s piece, Keith Adams considers how to make further sense of the stories around homelessness by looking at the sources of the housing which families enter into as they exit homelessness and how we can end homelessness.

We might like to think that crafting policy is a question of scientifically interpreting data. What we find is that it is a story we tell ourselves, in part to hide the inescapable role narrative plays in all political decisions.

As the homeless crisis intensified two years ago so too did the need for a positive spin around exits from homelessness and the temporary role of emergency accommodation. In an attempt to draw this series to a close, I will consider one more piece of data contained within the Quarterly Progress Reports—source of housing on exit from homelessness—and then I will outline the master story which I believe hides just out of sight among the various narratives of progress recounted by the Department.

A core aspect of the overall messaging contained within the Quarterly Progress Reports was to amplify other elements of Rebuilding Ireland; specifically the building and leasing programmes of local authorities. To this end, in the first report in Q2 2019, the Minister reported that more people nationally were exiting homelessness into local authority housing; an increase of 52 per cent for the comparable period in 2018. However, similar to other reporting decisions, this increase of just 181 exits to local authority housing was from a low base of 351 exits, naturally leading to a high proportional increase. Over the same period, there were a higher absolute number of exits (192) to private rentals, but that only registered an 11 per cent increase because it had a larger base number. This rapid expansion of local authority provision was key to the Department’s messaging. Focusing on that would deflect from the growing transfer of public funds to private landlords. In the following report, by comparing nine month periods in 2018 and 2019, the number of individuals moving to local authority housing was even higher, up 69 per cent.

It seemed as if real progress was being made!

However, by looking at the source of housing which people secured upon exiting emergency accommodation over the last five years, the growth in availability of housing by local authorities and approved housing bodies, while visible, is relatively modest. The private rental sector has been the key tenure to secure accommodation for homeless families and individuals.

All three sources provided more housing last year for people who were homeless than in 2016. Each person or family moving into a place they can call home is to be celebrated. Yet there is more to the story if we are willing to look more carefully.

When the three sources of housing are represented as a proportion of the overall housing secured, trendlines emerge which are readily identifiable and all too familiar. When any system of social provision in committed to a neoliberal approach, a widening chasm between public and private provision becomes evident. Of the three sources, only the private rental market increased its “market share” while local authority provision had the largest decrease contrary to the 52 and 69 per cent increases.

By teasing apart the source of housing for exits on a quarterly basis and adding an additional metric—percentage of children spending more than two years in emergency accommodation—a much starker story emerges. Anyone trading their wares as a policy or data analyst will no doubtedly have a college lecturer’s maxim of “correlation does not mean causation” seared into their brain so I will tread carefully in my conclusions.

A quick caveat first. Covid-19 had an impact on the provision of housing for homeless households in two main ways: the interruption of building by local authorities; and the rapid availability of short-term lets to the private rental market. So these effects no doubt extenuated the degree of variance between private rental and local authority provision recently but it can be easily argued that the ideological underpinnings of our housing system were shifting towards this disparity, with the pandemic acting as a further catalyst.

The availability of short-term lets on the private rental market for households is a passing phase and they will most likely evaporate when the pent-up tourism industry resumes. Yet, this period of time can treated as an unintended social experiment where the private rental market has additional supply. We are regularly chastened that the market would, with the right conditions and incentives for developers and landlords, meet our societal housing needs. But with the proportion of children who are spending more than two years in emergency accommodation doubling to 30 per cent in 18 months, we see that commitment to the private market does not meet families’ housing needs. As larger households with more children are most affected by lengthening periods in emergency accommodation, suitably-sized houses and apartments in their local communities must not have been available.

The increasing institutionalisation of homeless families and the increasing dominance of the free market in the provision of housing leaves us with still more questions. How can they co-exist? And will emergency accommodation end?

On reflection, I don’t believe the department and various Ministers of Housing had the primary intention of establishing and maintaining another form of institutionalisation for those in poverty in Ireland. All would been aware and sensitive to the use of containment in Ireland during the Poor Law era and our more recent modern history, but ‘family hubs’ emerged nonetheless.

Is it then ideological in nature rather than punitive? We have been reassurred by the incumbent Minister for Housing that neither he nor his department is ideological. As he sees it, they are guided solely by pragmatism.

If we test this idea – that pragmatism is the philosophy that undergirds housing policy in Ireland –  what pragmatic purpose does emergency accommodation provide?

I suggest that the institutionalisation of homeless households in emergency accommodation is vital so the increasingly privatised provision of housing in Ireland can endure. In short, the institutionalisation of those excluded from the housing market is a buttress to the market. Neoliberalism is a broad concept with many faces: an economic theory; a political philosophy; a utopian project, etc. Foucault not only understood neoliberalism as an economic theory but as an answer to the “problem of government.”

One useful way to think about this all is to ask what story is being told?

Shards of a master story can be discerned amid the positive headline figures of exits from homelessness, decreasing families in emergency accommodation and exits to local authority housing. Neoliberal governmentality has many specific objectives but it primary aim is to ensure that neoliberalism as a political doctrine endures. Bearing in mind that capitalism will always leave groups on the margins, the chief task of neoliberal governmentality is to then compensate for its failures through the establishment of other institutions and practices, of which I suggest emergency accommodation is one such example. A byzantine range of housing solutions helps to tell a story that the apparently simple solutions to this crisis – large-scale direct local authority intervention – will not work. Disruptive entrepreneurial masters of the market must be in charge!

I contend that a realisation exists among housing policymakers that if the provision of housing exists on its current trajectory, housing stress will inevitably continue to increase for more of the population, while the poorest households will be permanently excluded from the housing system altogether. Home ownership is impossible and even when supply temporarily increases in the private rental market, their housing needs are still not met. But for Ireland’s neoliberal housing project to continue, with continuing faith and allegiance to the market, de facto institutionalisation of the poorest families is required to hide the failings and build resilience. This is the story which unlocks the disparate fragments spun about homelessness and housing exclusion in Ireland.

The good news is this story doesn’t yet have an ending. The way things are need not be the way things will be. No deus ex machina is required at the end. Simple and readily available solutions to end homelessness and housing exclusion exist; primarily the provision of high quality mixed-income public housing. Like our European neighbours, the private provision of housing will continue in our housing mix. But we are at a fork in the road, whether we seek a counterweight to the market in the form of publicly-owned, secure, and affordable housing or to continue to buttress the market with institutionalisation.