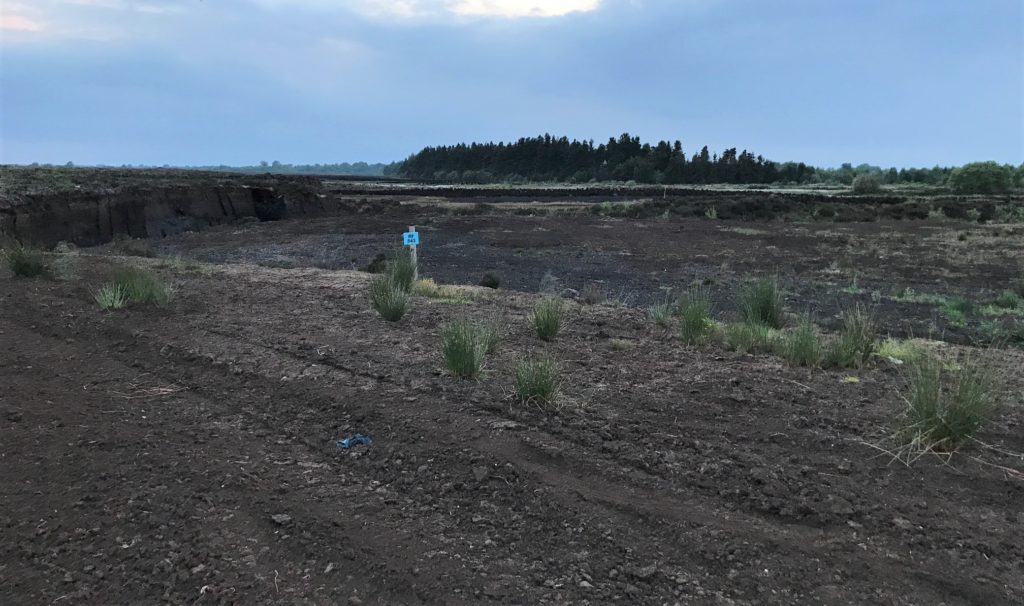 Ireland has been awarded €12 million by the EU for the LIFE-IP PAF Wild Atlantic Nature project that will focus on the protection and restoration of its blanket bogs in the western and northern parts of the country. While this news suggests the prospect of healthy, better-functioning bogs, what does it actually mean for these ecosystems?

The Importance and Function of Blanket Bogs

Blanket bogs are an important wetland habitat in Ireland. Low-lying Atlantic Blanket Bog is found in the west and north of the country while Mountain Blanket Bog occurs on relatively flat terrain at higher altitudes across the country. They are characterised by acidic peat soils spread over a large area containing plenty of different surface water features. Vegetation ranges from grass which dominates in the lower altitudes to shrubs (e.g. heather) at higher altitudes. They are distinct from the Raised Bogs found mainly in the midlands and the west which are discrete, raised, dome-shaped masses of peat that formed in ancient lake beds and depressions. The EU funding will specifically target blanket bogs and the issues associated with them. The ongoing restoration of raised bogs is already taking place across the country.

Far from being wastelands, as they are still widely regarded, blanket bogs are important wetlands that provide refuge to rich biodiversity including plant, bird and insect species. The peat soils that make up blanket bogs accumulate and store millions of tonnes of carbon, playing an important role in regulating greenhouse gas emissions. Their ability to store vast amounts of water also makes them a vital ecosystem which can help buffer the worst of the impacts of climate change including flooding and drought.

Blanket bogs are protected habitats under EU law, consequently the National Parks and Wildlife Service are obliged to carry out assessments every seven years. Assessments carried out in 2006 and 2013 returned an overall poor result due to the loss of their area, structure and function. Historically these systems were mainly used for fuel extraction, which became increasingly mechanised over the years. The consequence of this is increased devastation. Draining for agriculture and monoculture tree plantations, reclamation for development, burning and over-grazing have all taken their toll on this fragile environment, leading to erosion and landslides as well as general degradation of its environmental health. This mismanagement of blanket bogs typifies what Pope Francis tells us in Laudato Si’ that ‘Caring for ecosystems demands far-sightedness, since no one looking for a quick and easy profit is truly interested in preservation. But the cost of the damage caused by such selfish lack of concern is much greater than the economic benefits to be obtained’ (LS36)

Draining bogs destroys the natural hydrology of these ecosystems removing their ability to store water. This contribute to the mass flooding events we are currently seeing across Ireland. The lower water tables in drained bogs also exposes the carbon rich peat soil to the air allowing it to decompose releasing huge amounts of carbon dioxide into the atmosphere. In this way the degradation of our bog lands is both contributing to climate change and lessening our ability to manage its consequences such as extreme weather events. Drying this soil out creates a different environment causing the vegetation, which has evolved to survive and thrive in these systems, to change which again has knock-on consequences for the biodiversity that would naturally inhabit these areas.

While protected under EU law the conservation of these important ecosystems is chequered, with clashes in interests between turf cutters and sustainability and environmental protection hampering progress. The LIFE-IP project aims to address these major problems. Its main objective is to improve stakeholder communication and cooperation in the policy and governance of Natura 2000 sites [an EU-wide network of over 27,800 nature conservation sites], in addition to raising public awareness of the benefits to protecting blanket bogs. This will include developing a sense of community ownership towards local peatlands in the Northern and Western Region. As well as generating the necessary ambition to conserve these habitats, efforts will be directed to physically restoring these important wetlands by blocking drains to raise water levels and removing vegetation such as conifers and the invasive Rhododendron.

Our close neighbour, Scotland, is an example of what can be achieved by taking measures to restore blanket bogs. Scotland, like Ireland, has a history of mismanaging its peatlands; there is widespread turf-cutting for fuel and government subsidised tree plantations. Early peat restoration efforts began in 1995 and have gained momentum in recent years as the understanding of the role peatlands can play in carbon storage and sequestration developed. Effective measures largely consisting of removing trees, flattening the ground and blocking drains have been developed. These have been enabled by the monitoring the recovery of these habitats which has been done in tandem with restoration work. Misgivings about this work have been overcome and there is now widespread acceptance and support for this work as people recognise its importance and effectiveness. Thanks to these efforts, Scotland is likely to meet its 2020 aims of restoring 50,000 hectares, mainly on government-owned nature reserves and forestry land. In 2030 it has even more ambitious aims of restoring 250,000 hectares of blanket bog.

Changing the perceptions and management of these endangered ecosystems in Ireland will require a considerable effort, which the LIFE-IP project can hopefully catalyse. Our blanket bogs are more than a source of non-renewable energy; our history is steeped within their depths. Protecting and restoring their natural structure and function must be the next iteration of our relationship with them.