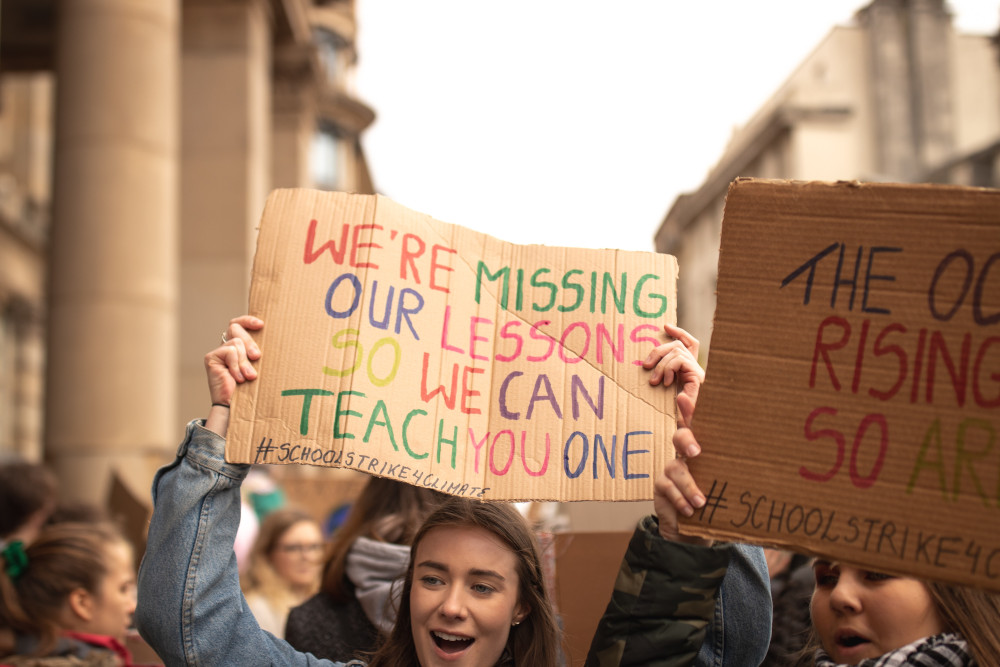 The Global Climate Strikes that take place this Friday (20th September) are about demanding that climate breakdown be addressed with the urgency it requires by governments. Part of this process is engaging with, and moving towards, a just transition to a low carbon economy.

A Just Transition*, according to the Climate Justice Alliance (CJA) is “a vision-led, unifying and place-based set of principles, processes, and practices that build economic and political power to shift from an extractive economy to a regenerative economy”. It is something that the organisations involved in the strike want governments to consider. The Irish and global economy urgently needs to decarbonise but this cannot be achieved with the business-as-usual model.

The CSA states that a Just Transition would involve “approaching production and consumption cycles holistically and waste-free. The transition itself must be just and equitable; redressing past harms and creating new relationships of power for the future through reparations. If the process of transition is not just, the outcome will never be. Just Transition describes both where we are going and how we get there.” The Jesuit Centre for Faith and Justice (JCFJ) echoes the call for this.

Unfortunately, this process is not apparent in Ireland. We have a National Dialogue on Climate Action that is mostly silent, an Action Plan that promised to set up a ‘Review Group’ on Just Transition and midland peat workers who, rather having a planned and organised transition away from harvesting, are being left in the dark about their future.

Understanding and Delivery through Dialogue

Transitioning from a carbon intensive economy will require understanding and cooperation from everyone in Ireland. If the Transition favours only the few and not the many then policies will fail. A Just Transition not only builds acceptance from the wider public but generates policy through dialogue with the people that it will impact most. This ultimately means that environmental policies are better, more understood and accepted by the public and fit for purpose. This participatory process, while undoubtedly be more difficult to do in the short term but will be a lot more beneficial in the long term.

A just transition protects the environment while keeping justice at the centre of all actions. An integral ecology approach with include humans as part of the ecology of an ecosystem is required. We need holistic thinking when working to combat climate change. A transition away from a carbon fuelled economy impacts every part of Irish society, either directly or indirectly. 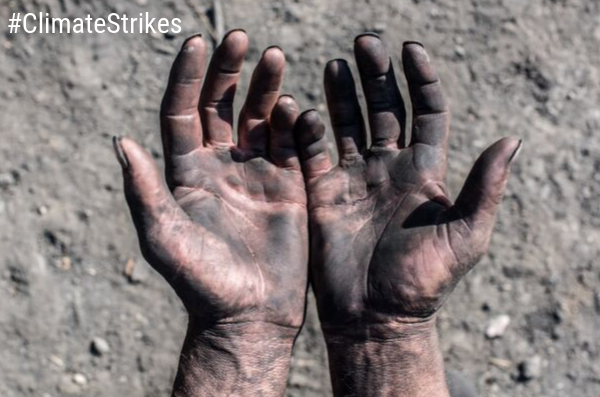 Consequently, while we first think of the Midlands peatlands worker, we need to look further and consider every sector and community that will be impacted and strive to reduce the burden and injustice prevalent in society. This means that groups not traditionally paired will need to work together to future-, climate- and environment-proof Ireland. Farmers, environmentalists, scientists, commuters, planners, peatland workers and businesses owners (to name but a few) will need to come together and develop strategies which not only protect the environment and climate but also our livelihoods.

Pope Francis in Laudato Si’ succinctly put it that ‘attempts to resolve all problems through uniform regulations or technical interventions can lead to overlooking the complexities of local problems which demand the active participation of all members of the community’ (§143).

This Global Climate Strike is demanding a Just Transition for everyone across the world. ‘The urgent challenge to protect out common home includes a concern to bring the whole human family together to seek a sustainable and integral development, for we know things can change’ (§13).

* Just Transition is a framework developed by the trades union movement to encompass a range of social interventions needed to secure workers’ rights and livelihoods when economies are shifting to sustainable production, primarily avoiding climate change and protecting biodiversity.