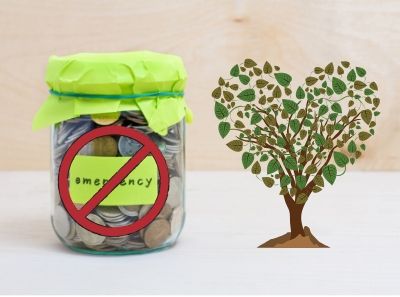 The Irish Government has resorted to using the ‘money message’ tactic to kill off the Climate Emergency Measure Bill which would have banned gas and oil exploration in Irish waters. This decision is a catastrophic error of judgement which demonstrates that the current Government does not have the required leadership capacity to face the global environmental crisis. If issues of this magnitude will not be discussed in the Dáil, our only hope is peaceful protest and appeals to the judiciary.

Dr Ciara Murphy, Environmental Policy Advocate of the Jesuit Centre for Faith and Justice is strongly critical of the procedural obstruction by Government, saying “The failure of the recently published Climate Action Plan is compounded by the obstruction of the Climate Emergency Measures Bill, and the declaration by Leo Varadkar on May 10th of a climate emergency in Ireland is exposed as mere tokenism.”

The Climate Emergency Measures Bill was a fundamental first step to make this pronouncement meaningful. It intended to ban issuing of further licenses for fossil fuel extraction. This basic measure – keeping it in the ground – is a bare minimum to achieve any kind of climate mitigation.

Friends of the Irish Environment under the banner ‘Climate Case Ireland’ is taking legal action against the Irish Government’s failure to take the required action to avert dangerous climate change.

Climate Case Ireland spokesperson, Sadhbh O’Neill highlights the failure of the Irish Government to prioritise climate policy ahead of political gain in her article ‘Carbon Crimes’ in this month’s edition of our journal Working Notes*. In this, an abridged version of her article, she outlines the conflict of interests that exists between a political caste that strives to remain in power, and the needs of the populace and the planet.

“Why do some crimes get punished but not others? The changing legal status of white collar crime, sexual practices and even street crime over time, reveal a cultural and legal bias where the State criminalises individual deviance from accepted social norms, yet in the main, turns a blind eye to crimes against society as a whole, or the environment, especially if they are committed by the powerful. But as green and other criminologists point out, there are a range of additional “behaviours” that also cause much harm, often far more serious than that caused by street crimes and the bulk of offences before the criminal courts. These small but significant acts – from foregrounding private car transport as the primary mode of transport to normalising a national diet heavy with red meat – when aggregated together, contribute to climate change and “ecocide”, defined as the contamination and destruction of the natural environment in ways that reduce its ability to support life.

In many ways, and from the vantage point of future generations, present action and lack of action around climate change will most likely constitute the gravest of transnational environmental crimes. These harms grow more evident every day, yet the main protagonists continue to support policies and practices that contribute to the overall problem. Even with foreknowledge and scientific proof in hand, powerful interests continue to dominate the climate change agenda to the advantage of their own sectional interests, and it is the poorest of the poor who currently experience the harbingers of things to come for the rest of us. Failure to act, now, is criminal. Yet, things continue much as they have, the status quo is maintained, and the harms mount up.

To bring those responsible for climate change to account, it is first necessary to think about what responsibility entails, from both a moral and legal perspective. Climate science is unequivocal: the extraction and combustion of fossil fuels, along with land-use change due to agriculture and deforestation are the main contributors to global warming. Because CO2 stays in the atmosphere for so long, however, and because of the systemic role of fossil fuels throughout the energy systems, the most rapid reductions in Greenhouse Gases (GHGs) can be achieved by reductions in fossil fuel extraction (supply) and use (demand).

Scientific research carried out by major fossil fuel companies as far back as the 1960s showed that steady increases in greenhouse gases emitted to the atmosphere would lead to global warming, and that this warming would be detectable by the 1990s. The companies were aware of this information at a high level, but chose to supress it and actively work to undermine efforts to regulate their sectors in the US. This set both technological and regulatory progress back decades.

Holding greenhouse gas emitters and climate deniers responsible for their actions in response to climate change is not only a political challenge best addressed by international cooperation. The law may provide the opportunities to hold carbon polluters to account, and crucially, to make them stop, in ways that the political process at the UN has been singularly unable to do. Ironically, it is the growing body of scientific evidence that climate change is already occurring that provides the opportunity for litigation. At the time of writing, in early June 2019, proof had recently published that the 2018 summer heatwave in Japan, which resulted in over 1000 deaths, could not have occurred without climate change. In the US, homeowners in Houston, Texas, who have suffered three devasting flooding events since 2009 are suing their city, and further lawsuits are likely over the failure by climatedenying city officials to prevent further storm damage in the wake of Hurricane Harvey. Here in Ireland, a coroner’s inquest decided recently that the death of a Dublin woman from an asthma attack was partly attributable to Hurricane Ophelia, which was an example of (if not definitive proof) of the indirect risks associated with increased frequency and magnitude of abnormal extremes as a result of climate change. An apparent paradox we need to confront is that the climate crisis is both apocalyptic and mundane.

Responsibility, and thus liability for death and damage due to climate change is difficult, but possible, to establish in law. Holding corporate emitters and producers of fossil fuels to account is vital, since many of the world’s top oil and coal producers are responsible for the bulk of all emissions, either because the emissions flowed from the companies directly, or from the combustion of their products: they are also responsible for decades of climate misinformation and denial. In 2015 the Urgenda Foundation, frustrated with the poor performance of the Dutch government on climate action launched a legal case under Dutch contract law against the government. In conjunction with 886 individuals Urgenda argued that the Dutch government was “recklessly negligent” by failing to bring emissions down to the levels agreed to by the international community in 2007 that would be necessary to avoid dangerous climate change. It was a bold, almost audacious argument. The Netherlands, while hardly a climate leader by any standards, had committed to cut emissions by 16% by 2020 under the EU Effort Sharing Decision, but Urgenda were seeking the court to order cuts of between 25-40%. The court’s decision to order a reduction of 25% by 2020 provided a unique and procedural interpretation of the precautionary principle, “whereby the onus of proving adequacy and effectiveness of climate policy is shifted on to the State.”

Inspired by the Urgenda case, in 2017, Friends of the Irish Environment launched a Judicial Review of the Government’s National Mitigation Plan in 2017. n in the High Court over the government’s failure to comply with the provisions of the 2015 Act, along with EU and international human rights obligations. Unlike the Dutch case, the Irish climate case was argued under administrative law provisions. What this means is that the case is based on the claim that the government did not follow proper procedure under the law when adopting the NMP, rather than challenging the substantive content of the Plan. If the challenge is successful, the court may order the Minister to redraft the NMP in accordance with the law, and represent it to the Oireachtas.

The legal issues involved here are complex and potentially far-reaching. The court is being asked to intervene in the policy process over a failure to adhere to what are, after all, rather vague commitments and “soft law” set down in the Paris Agreement around a set of scientific facts that do not yet have the status of legal facts. Regardless of the outcome however, the climate case is meeting a deep public need for environmental justice and for holding our government to account at a critical juncture. Political and policy progress will happen, eventually. The youth climate strikers, along with the new Extinction Rebellion movement show that the public appetite for change is growing, and that it is quite rationally motivated as much by a heuristic of fear as by a desire for progress. These new offshoots of the environmental movement, by articulating a frustration with incremental change, speak truth to power to all parts of the system that together are thwarting progress. Because their demands – zero-emissions by 2025 – are supposedly “unreasonable”, they challenge the dogma of least-cost incrementalism which constitutes orthodox public policy. No longer content with moving at the pace dictated by the political economy of insiders and captured elites, this new movement articulates the simplest and yet most radical of demands: to survive, and to have a future.

As Dale Jamieson puts it, moral progress is often “tentative and contingent, and as likely to lurch into reverse as to go full speed.” In the face of climate breakdown, we need a moral revolution and we cannot afford reversals. Just like the movement to abolish slavery and to secure women’s right to vote, only moral outrage can overrule the nihilistic propaganda of fossil fuel interests that tell us that “their selfless work producing electricity makes civilization possible”60 and that we need more rather than less fossil fuels to secure a decent future. If we believe that, we are on course to have no future at all.”

Sadhbh O’Neill is a PhD candidate and Government of Ireland scholar based at the School of Politics and International Relations, UCD. She is also spokesperson Climate Case Ireland.

To subscribe to our journal Working Notes please email us at [email protected], with your contact details and indicating whether you would prefer to receive as a hard copy or an email.