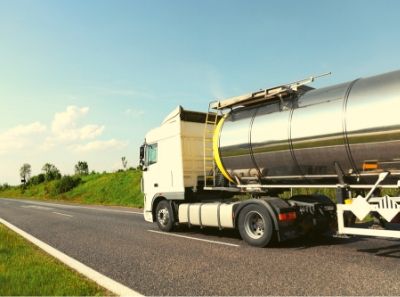 A response to the Department of Finance consultation on Carbon Tax, from the Jesuit Centre for Faith and Justice.

The Jesuit Centre for Faith and Justice welcomes the opportunity to make a submission to the Department of Finance on the options for use of revenues raised from increases in Carbon Tax. We recognise that a carbon tax is an essential aspect of a coherent policy response to climate and eco-system breakdown . It addresses the problem of the cost associated with carbon functioning as an externality to the market.

The definition of success of this tax will be a reduction in carbon emissions, which is the central goal of all our environmental objectives . Such a reduction represents a clear common good, spilling over into virtue cycles around improved air quality, public health, and climate adaptation.

It is almost a truism that a carbon tax can encourage reduced carbon consumption. It is also widely recognised that such a tax will be regressive . While there are strong arguments in favour of carbon pricing in general, the specific details of the tax are of immense importance. Unlike many other taxes, the goal of the carbon tax is its own redundancy. We support the government’s plans to considerably increase carbon taxes if it is recognised that:

a) Such a tax is implemented to maximise justice;

b) Such a tax is implemented to maximise efficiency;

and both those intentions together means:

c) that this tax must be implemented so as to no longer exist by 2050.

Consequently, The Jesuit Centre for Faith and Justice does not agree that the revenue raised as a result of the carbon tax should be used as per suggestions (a) – (i) outlined in the consultation document (section 3.1) . We have provided details of an alternative option (as requested in section 3.2) below: establishing a sovereign wealth fund with associated dividend payments.

Additionally, The Jesuit Centre for Faith and Justice recommends that:
(i) the revenue from the carbon tax should be directed in the Sovereign Wealth Fund in its entirety
(ii) the Department of Finance should strongly consider higher rates of carbon tax up to 2050 in line with more ambitious climate policies.

The costs of climate and eco-system breakdown will fall disproportionately on the poor. Similarly, carbon taxes tend to be regressive in their effect. While those with lower incomes spend less in absolute terms on carbon-emitting activities, the proportion of income so dedicated is larger . There is a need to construct a policy which maintains the longstanding Irish commitment to progressive taxation.

Climate and eco-system breakdown will incur costs to all in Irish society, but those with lower incomes are doubly vulnerable because they both have less money to begin with and they have less money to invest in measures that allow for mitigation. A carbon tax, well-designed and deployed, can serve to address this vulnerability.

It is easily overlooked that the carbon tax, like all Pigovian taxes, has a moral intention. It intends to reshape the foundations of the market, rendering that which did not need to be taken into account (carbon emissions) as a cost. In this sense, the carbon tax aligns Irish economic activity with reality. Collectively we share a resource – an environment where life is viable – and we are seeking to cultivate that common good through the tax. Since we all share this resource collectively, it makes sense that we all should benefit from the cultivation collectively.

A political justification flows from this primary argument. Since we all have a claim in the environment , we all should benefit from its cultivation. But that benefit should be shared in such a way as to preferentially centre those who are most vulnerable to the negative impacts of climate and eco-system breakdown. The Jesuit Centre for Faith and Justice maintains that the best approach to maximising justice is the utilisation of the revenue generated by an increased carbon tax to establish a sovereign wealth fund. This fund can be targeted towards investment opportunities which encourage broad environmental adaptation and mitigation, while generating a universally distributed cash dividend every quarter. As demonstrated by other examples of similar wealth funds, most notably Norway, this approach can win broad political approval, encourage economic virtue cycles, and soften the impact of climate and eco-system breakdown on the poorest in our society.

With the goal of decarbonisation by 2050, this fund can be planned to grow in a sustainable and productive fashion, even after the tax no longer exists. Its benefits will long outlast any direct-cash scheme, while also offering an insulation to those who most need it, against the economic challenges brought about by climate breakdown.

There is a necessary concern about the potentially regressive nature of the carbon tax. After the Yellow Jackets protest in France, there is heightened political sensitivity about democratic approval. A sovereign wealth fund promises the best results in terms of a carbon tax that functions well, meaning that it wins broad approval and does not harm the weakest in our society.

But the goal of this tax is not primarily that it would function well on those levels, but that it would be effective in encouraging a reduction in carbon emissions . The intention of the carbon tax is market disruption, aimed at factoring externalities into the system. Costs will inevitably rise. But those costs will not necessarily impact consumption.

The Jesuit Centre for Faith and Justice thus argues that the tax should be increased each year, even above projections . The tax must be seen as one (small) part in the wide-ranging transformation of Irish society and its economy demanded by the crisis. Even if it is widely accepted, and constructed to not be regressive, it will be a failure if it does not have at least the 10% impact that the ESRI predict .

The sovereign wealth fund represents an advance on a simple cash dispersal (tax and dividend) scheme because it allows deep accommodation against the regressive nature of the plain tax, while also directing revenue towards economic action which is environmentally progressive. Whether through investment in already-existing green industries or through more speculative seed capital offerings for much-needed, new innovations, a wealth fund effectively allows us to use the tax twice, subsidising technological transition through investment and softening economic transition through dividend. When allied with a range of other initiatives, this is the most likely approach to achieving an effective tax defined in terms of reduced emissions.

If it works, this tax will not exist in a generation, because Ireland will have decarbonised. This detail is an essential element of the plan and should be clearly communicated to the Irish public. Ring-fencing the fund for particular meritorious environmental initiatives runs the risk of creating a revenue dependency which would discourage the government from ambitiously pushing towards a zero-carbon Ireland. Allowing the revenue to flow into general taxation would be the most logical choice were it not designed to be a temporary tax. The dividend approach, which effectively means that the revenues are never put towards government spending, is an optimum approach.

The carbon tax is an example of indirect taxation intended to restructure market incentives. By successfully disincentivising carbon as to eliminate demand, the purpose of the tax becomes redundant. A sovereign wealth fund approach has moral significance , can be politically achieved, and has this positive characteristic whereby it will adjust to what we hope is the new normal of a (practically) carbon-free society. By directing that tax into a sovereign wealth fund, we maintain the dividend benefit , but potentially allow it to persist long after the present crisis is abated. For these reasons, the Jesuit Centre for Faith and Justice suggest that the Department of Finance consider utilising carbon tax revenues by establishing a sovereign wealth fund with associated dividend payments .