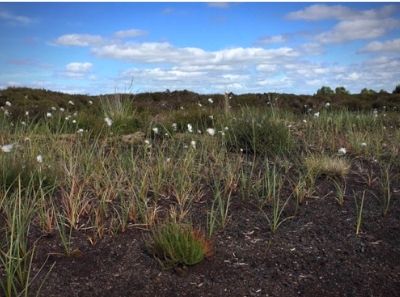 The Climate Action Plan completely ignores the fact that we need to adapt to climate breakdown now, not at some undefined future date. Ireland is already experiencing extreme weather events including flooding, drought and extreme snow-fall. But the Government’s plan for adaption is concentrated on building resilience through plans, strategies and support. It is a ‘plan of plans’ says Dr Ciara Murphy.

Promising to herald transformational policies and offer a clear path forward in the face of climate breakdown, the much anticipated ‘Climate Action Plan’ was released by the Irish Government last week.

The main objectives of the plan are to detail how we ‘reduce and manage climate change risks through a combination of mitigation and adaptation responses’. In other words, how do we stop climate breakdown and how do we deal with the consequences of what is already happening?

The plan arrives in response to both electoral and public demonstrations of citizens’ impatience with this and previous Governments’ ‘laggard’ response to climate breakdown. A recent declaration by the Government of a Climate and Biodiversity Crisis did not quell this impatience. The Climate Action Plan also forms part of Ireland’s commitment to the Paris Agreement and draws from the 2017 Citizen Assembly’s climate recommendations and the report from the Joint Committee on Climate Action in 2019.

All of this, in addition to years of scientific research, planning and campaigning, both nationally and internationally, has culminated in a plan which fails to deliver.

The plan concentrates on the first of the two main objectives. It outlines how to decrease our emissions in small increments, offering more than a hint of ‘kicking the can’ until after 2030. This incremental approach has been the focus of a lot of criticism, with the general feeling that the plan lacks the ambition of the preceding report from the Joint Committee on Climate Action – so far, not so good.

Most disappointingly, the Government’s plan has chosen to completely ignore the fact we need to adapt to climate breakdown now, not at some undefined future date. Ireland is already experiencing extreme weather events including flooding, drought and extreme snow-fall. However, the Government’s plan for adaption is concentrated on building resilience through plans, strategies and support.

This vague ‘plan of plans’ which is meant to guide and protect us through the worst of the impacts of the climate emergency is truly worrying and signifies that the Government is again ‘lagging’ behind. Perhaps when Irish politicians are budgeting for flood defences around Leinster House, they will realise the scale of the crisis.

The Climate Action Plan’s method of cost benefit analysis has failed to join the dots between land management policies that contribute to both mitigation and adaption as well as considering the co-benefits for biodiversity and wellbeing. Nature based solutions have been particularly ignored in this plan in favour of consuming better technology to shield us. Restoring and enhancing the natural environment can help both absorb excess carbon emissions and buffer us from the extremes in weather that we are facing.

Rewetting and conservation of bogs and diversification of agriculture are two obvious examples mentioned in the report where the potential benefits were not properly articulated. The plan mentions that these actions would play a role in carbon capture and are consequently important in climate breakdown mitigation. What the plan fails to deliver is the connection between how these actions could also play a vital role in climate adaption, both at local and national level. Restoring and rehabilitating bogs would lead to increased absorption capacity of excess water in times of flooding and be a source of water in times of drought, acting as a natural buffer to weather extremes. Diversification of agriculture, including agro-forestry, allows the farmer to adapt to climate breakdown by providing a range of possible income sources, reducing water runoff and soil erosion.

The benefits to biodiversity, overall quality of the landscape and human well-being are not even considered in this document. Instead we learn that ‘early adaptation planning for the impacts of climate change makes economic sense’. Omitting these benefits and opportunities from this document, and instead relying on cost-efficiency, has created a one-dimensional plan that will fail in its efforts to capture public support and buy-in that a crisis like this needs.

From a social justice perspective, the failure and deliberate reluctance to tackle climate adaption at the national level, pushing the responsibility instead to the individual level is both morally and practically troublesome. The impacts of climate breakdown in Ireland is felt very unequally, depending on: where you live, your occupation and how much money you make. Repeated flooding have left homes uninsurable, drought disproportionately impacts farmers who cannot feed their animals, and storm damage is more devastating to people who do not have the resources to repair the damage every year. This is putting people under increased emotional and financial stress. The plan commits to a ‘Just Transition’, but one is left asking ‘whose justice, which transition’? There are absolutely no practical measures mentioned in this plan of plans that would help alleviate some of these pressures.

Despite this, in a global context Ireland should be considered fortunate that while the weather is becoming more extreme, we can still call Ireland home. With holistic and immediate action, Ireland still has the capability to adapt to these changes and buffer itself from the worst of climate chaos. Other countries are not so fortunate.