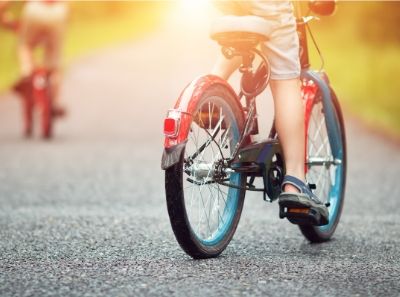 The Climate Action Plan considers the environment as a resource to be managed, not a gift to be cultivated, says social theologian Kevin Hargaden, who contrasts the Government’s approach with that contained in Laudato Si’.

“Ireland is way off course.” So begins the government’s Climate Action Plan, published last week. With such a direct opening, it is easy to understand why the initial response from many environmental groups was positive. As the days have passed, that enthusiasm has cooled and an increasing tone of dismay has spread throughout the green activism community.

The plan is a concerted attempt to grapple with the problem of climate breakdown that encompasses all Government departments and sectors of the public service. This is an important advance. It features a robust scheme for overseeing changes in policy, which is an essential component of any successful initiative. The fundamental disappointment is that it is vague on what those policies will actually be. It is astonishing how often promises are made within it that seem impossible to fulfil.

One example demonstrates how aspirational this document is. The Government has promised to establish a “Cycling Project Officer” within the National Transport Authority and it will be charged with publishing (note that publishing is far from implementing!) a five-year strategy to develop a coherent cycling network in each of the five cities. That report is said to arrive in “Q4 2019”. I lead a team of highly-skilled, highly-motivated researchers and we would struggle to produce any sort of substantial report in such a short time. To believe a new office would navigate the range of local authorities, previous policy commitments, engineering realities, and budget constraints to deliver such a plan by December requires a faith in the miraculous that would challenge the most ardent of Pentecostal Christians!

This Climate Action Plan is at least consistent. Each one of its 183 action points is borne of the same logic. The technique deployed is called a “Marginal Abatement Cost Curve” and the report declares that it is offers “a solid analytical foundation on the most cost-effective pathway to reduce emissions”. Each of the plan’s sub-sections feature elaborate curves displaying this cost-benefit analysis. It gives the impression of solidity. It looks responsible and serious.

It is also a devastating failure from an environmental perspective.

To clarify: there is nothing intrinsically problematic about using sophisticated costing tools to hone policy. In fact, they are essential aids. But when the underlying logic of the plan is universally committed to cost efficiency, it renders the entire plan irrelevant.

To understand this, we have to take a step back from the details of, say, fossil fuel displacement in the agricultural sector, to consider the shape of the problem we face. Climate breakdown is a consequence of fossil Capitalism. By making the economy the supreme measure by which we seek human flourishing, we have arrived at a poinnt where we are approaching environmental devastation. This cataclysmic situation is the consequence of a philosophical commitment to maximise our outputs while minimising our costs. Since this Climate Action Plan replicates this philosophy, we know in advance that it is no real solution at all.

And this is where found myself in a most surprising position. Reading this report, I found myself wishing that the Irish Government was as intellectually creative, as imaginatively expansive, as progressive as the 82-year-old Argentinian who currently serves as Pope. Laudato Si’ was published four years ago. In it, Francis weaves together a remarkably complete account of the concrete issues facing humanity. The conceptual superiority of the Papal approach is evident right at the beginning: Laudato Si’ weaves the problems of climate breakdown with ecosystem collapse, while the Government plan has practically nothing to say about biodiversity. The account offered by the church incorporates CO2 emissions and water provision, economic development in the majority world and the preservation of beautiful landscapes. It is a much more complete picture of reality than can be conceived when we are committed to reducing everything to a cost-benefit analysis.

The Government’s commitment to cost efficiency means that the plan is blind to anything that cannot be numerically modelled or monetarily measured. This has practical policy consequences. The report commits unrealistically to private electric car ownership, because the Government has concluded that it would ultimately be the cheapest option. Bicycles, including electric bikes are never seriously considered. The evaluation discounts entirely all the co-benefits that would arise from imagining our cities and towns differently. Whether in terms of obesity rates, or heart disease alleviation, or cleaner air, or true intangibles like the enjoyment of using our bodies to get us where we are going; none of these criteria are considered a “solid analytical foundation”. The future Green Ireland that the Government imagines is identical to today’s Ireland, but with fewer exhaust pipes. Children still won’t be able to safely cycle to their schools.

Against that, the theological approach to the crisis begins with an “openness to categories which transcend the language of mathematics and biology, and take us to the heart of what it is to be human” (LS §11). What the Irish Government has committed to, if it could be achieved, is just us continuing to do more of the same, but doing it even more efficiently. Francis appears to almost have our plan in mind when he says that “ecological culture cannot be reduced to a series of urgent and partial responses to the immediate problems of pollution, environmental decay and the depletion of natural resources” because when the response is not informed by an integral view of life on Earth: “even the best ecological initiatives can find themselves caught up in the same globalized logic. To seek only a technical remedy to each environmental problem which comes up is to separate what is in reality interconnected and to mask the true and deepest problems of the global system” (LS §111).

The Climate Action Plan covers the entirety of the Government, but it is holistic only in a formal sense. There is little connected thinking between proposals. The vision of justice that we discover in its pages is purely procedural. The environment is overwhelmingly depicted as a resource to be managed, not a gift to be cultivated. Francis’ humanistic vision ought to push Christians to a much more serious and robust environmentalism: “Our insistence that each human being is an image of God should not make us overlook the fact that each creature has its own purpose. None is superfluous. The entire material universe speaks of God’s love, his boundless affection for us. Soil, water, mountains: everything is, as it were, a caress of God” (LS §84).

It is not the place of a government policy to reflect, as the Pope does, on how “there is a mystical meaning to be found in a leaf, in a mountain trail, in a dewdrop, in a poor person’s face” (LS §223), but when it comes to climate breakdown, we do need a bigger vision than can be contained in a spreadsheet. A spiritual account of nature and humanity’s place in it can be easily dismissed as superfluous. But the attempt at cold reason we find in this plan which erects a mighty tower of impossible promises is far more unrealistic. Francis’ integral ecology remains profoundly relevant. If our engagement with the overwhelming problems we face are not truly transformational, they will surely flounder.