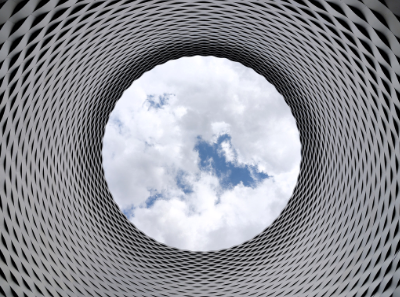 The publication of the Jesuits’ new Universal Apostolic Preferences offers a renewed mandate to the Jesuit Centre for Faith and Justice.

The Jesuit Centre for Faith and Justice has welcomed the recently announced Universal Apostolic Preferences for the Society of Jesus as an endorsement of the social justice work of the Centre.

A Universal Preference gives a horizon, a point of reference, an orientation to the whole Society of Jesus. It captures our imaginations, awakens our desires, and unites us in our service of mission.

The Preferences are the outcome of a two-year discernment process involving all Jesuits and mission partners. The Preferences are four areas vital for today’s world, which the Society of Jesus will give special attention to during the next ten years. They are: Discernment and the Spiritual Exercises, Walking with the Excluded, Caring for our Common Home, and Journeying with Youth.

The Universal Apostolic Preferences offer a renewed mandate to Jesuit Social Centres – like the Jesuit Centre for Faith and Justice – to deepen their engagement and study of the economic and social problems that continue to afflict societies.

The Preferences are remarkably forthright in how they describe the problems facing the world. While the Pope is clear that the first preference – to show the way to God through the Spiritual Exercises and discernment – has to be the primary preference, the second preference and fourth preferences are the ones which most directly affect our work in the Centre.

The Centre focuses on two of the most marginalised groups in society, people in prison and people who are homeless. The UAPs are an encouragement to us to continue; they also challenge us to be closer to people experiencing exclusion and marginalisation and to go deeper in understanding the root causes of social injustice.

The task of “walking with the poor, the outcasts of the world, those whose dignity has been violated, in a mission of reconciliation and justice” bears directly on the Centre’s work around theological ethics. The Preferences make the economic angle of this explicit: “We want to help counteract the pernicious consequences of the diverse forms of ‘neo-liberalism’.” Since the JCFJ Social Theologian, Kevin Hargaden, has in the last few months published a book entitled Theological Ethics in a Neoliberal Age, we cannot help but cheer such a manifesto. As Irish society seems to be hurtling again into an unsustainable bubble based on the misguided and harmful neoliberal ideology, we feel it is timely that we are so clearly licenced to explore how alternatives can be conceived. If this bankrupt political system is set to bankrupt the nation again, the only question is whether we can wean ourselves off the myth of the homo oeconomicus before the ravages of climate breakdown are felt more fully (and invariably by the poorest and most vulnerable in our society).

In that light, the fourth objective of “collaborating in the care of our Common Home” becomes the place where much of the Centre’s work finds cohesion. The environmental crisis is not just the biggest crisis facing the future generation (young people are a consistent focus in this document), it is the biggest crisis faced by any generation. Building on Laudato Si’ by seeking to develop “alternative models of life that are based on respect for creation and on a sustainable development capable of producing goods that, when justly distributed, ensure a decent life for all human beings on our planet” is the form that social justice will take in this century.

Catherine Devitt, environmental justice officer with the Jesuit Centre for Faith and Justice makes the point that the signs of the times and the scale of the challenge demand an urgent commitment and strong moral conviction to transform how we live. Because of their rich tradition and involvement in education and social justice, and guided by Laudato Si’, the Jesuits are in a unique position to bring about positive, transformative change around the world. There are a number of initiatives already happening in the Irish Province. The Jesuit Centre for Faith and Justice actively collaborates with other NGOs in Ireland to advocate for climate justice. The Centre engages with social centres elsewhere in Europe and Jesuit universities to explore the meaning of an integral ecology, and what this means for higher education, and there are also initiatives aimed at greening the local Jesuit parish. Considering the urgency and scale of the problem, there is more to be done – for example, in developing a Province-wide practical vision for integral ecology.

The Preferences as a whole represent an inspiring and expansive vision for the next ten years of Jesuit work. What possible response could better the words the document itself offers: “We want to be actively present in this process.”