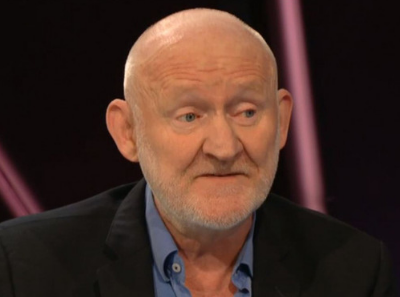 The former chair of the Housing Agency, Conor Skehan, appeared on RTÉ One’s Claire Byrne Live last night to discuss the ongoing housing crisis. A number of assertions he makes during the interview as well as his attack on services provided for people experiencing homelessness need to be challenged, says Kevin Hargaden.

In the interview Skehan lamented that advocacy groups – which he suggested would be better understood as “lobbying” groups – have continuously “goaded” political discourse into “recognising any human need that’s unmet as a crisis.” Soon after he described homelessness as “an incredible human tragedy.” How “an incredible human tragedy” is not also a “crisis” is a puzzle. These ideas are incoherent. They cannot be reconciled. They make no sense.

Skehan directed the attention of viewers to the charities charged with relieving the most immediate suffering of those experiencing homelessness. Taking on the tones of a 19th Century moralist, Skehan declared, “Go and have a look, all of you” at the headquarters of homelessness charity Focus and “then be outraged.” Without acknowledging that the increase in public spending on homelessness was due to an increase in the number of people being made homeless – a failure of government policy to provide affordable housing – he heavily criticised the annual spend of €152 million on front-line relief work done by charities: “€152 million of your money that’s being spent on their pension schemes, and their premises.” Such populist tones coming from someone who presents themselves as an advocate for technocracy, is baffling.

Normalising homelessness and misleading the audience

In the interview Skehan said that he has “been trying for years” to get the government “to recognise and normalise the [homelessness] situation.” He complained that all he got for depicting an incredible human tragedy as normal was “dogs’ abuse.” There is nothing normal about 10,000 people experiencing homelessness.

Skehan claimed that Ireland had similar or lower levels of homelessness than European peers. He cited a figure of 35,000 homeless people in Denmark, a nation of about 5 million people. If this statistic were accurate that would re-frame our discourse around the housing and homelessness crisis. However, this figure is both factually incorrect, and as presented, fundamentally mis-leading.

Danish politics is dealing with what they see as an increasing housing and homelessness crisis. In October 2017, the government initiated a 15-point strategy for alleviating homelessness backed with a budget of 250 million Kroner.  There is widespread conversation over the issue because homelessness has risen by 8% between the years 2015 and 2017. To put this into context, from 2014 to 2017, when Conor Skehan was at the head of the Housing Agency, homelessness in Ireland rose by 145%.

Skehan claimed 35,000 people in Denmark were homeless. In 2017, the most recent year with full statistics, the highest rate of homelessness recorded was 6,635. Statistics can be tricky. As Homer Simpson once famously argued, “Oh people can come up with statistics to prove anything; forty percent of people know that.” But there is no space for a calculation error or semantic distinction between 6,635 and 35,000.

Added to this error is the fact that homelessness in Denmark is understood in the much broader sense. Unlike Ireland where we have a narrow definition and only count those in emergency accommodation, in Denmark, as is common across Europe, they include those who are staying with family, friends, or acquaintances. If Irish figures included those who are couch-surfing, or people in their 20s, 30s, and older who would like to be living on their own but who are restricted to still living with their parents due to not being able to afford rent, our homelessness numbers would skyrocket.

Skehan not only got the figure wrong by a ginormous factor, he failed to inform his audience that “homelessness” is defined very differently in Denmark and if we had the same understanding of the term here, our numbers would be well past 10,000 and actually much closer to 100,000.

There will surely be much online-outrage about Skehan’s presentation, which at times can seem callous and careless. The much more significant problem is that his own advocacy – he is a keen proponent of a market-based rental system – is encased in claims which are factually false and fundamentally misleading. If he is right that our conversation needs more “independent” and “authoritative” voices, his contribution offers no solution.