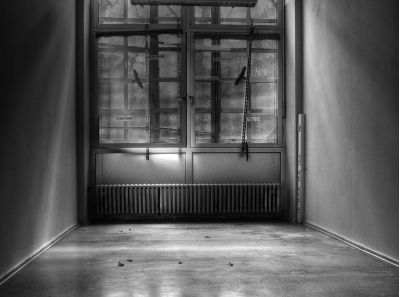 Eoin Carroll reviews the past year in prison news, in which the JCFJ discussed the needs of young adults in prison, prisoners sleeping on cell floors, and the reliability of prison statistics. To mark Prisoners’ Sunday, we also analysed the increasing numbers on extended lock-up (19-23hrs), the Oireachtas Justice Committee’s report on penal reform, the role of the Inspector of Prisons in establishing and monitoring standards and the visit of Pope Francis.

At the beginning of 2018 there were positive signs that the Irish Prison Service were going to provide tailored support for young adults in prison, including a dedicated accommodation wing in Wheatfield Prison. This move was a positive first step in recognising the distinct needs of young adults and a step towards further compliance with the Council of Europe’s European Prison Rules which calls for special attention for young adults, who they describe as a particularly vulnerable group. Their recommendations include accommodation separate from older adults. Unfortunately, any progress made towards a dedicated young adult accommodation unit has now been reversed. This has been a key recommendation in the JCFJ’s young adult policy paper, Developing Inside: Transforming Prison for Young Adults.

The Council of Europe also make specific reference to the educational needs of young adults in prison saying that special attention should be paid to them. The Prison Service’s Annual Report 2017, published earlier this year, notes that the participation rates in education averaged 37.2% of the prisoner population each month, September to December, while work and training averaged 24.5%. It is difficult to unpack what these statistics tell us as we know that some prisoners access education, and work and training simultaneously while others just access one or the other. They also do not give an indication of the level of engagement – a prison can be logged as engaging yet may have spent less than one hour a day in education. What it does indicate is that at least 38% of the prison population either does not have access to these services or does not engage with them.

From the published statistics it is not possible to disaggregate the numbers of young adults accessing education. However, as large numbers of young adults are serving short sentences and are on the lower regime level it is fair to assume that the numbers are considerable less than the average statistics noted above. Historically engagement in education was much better. Two former prisons, Fort Mitchel and Shanganagh Castle, both closed in 2002 catered for young adults, had education participation rates of 70-80%. Oberstown Children’s Detention Campus in Lusk has 100% participation. A young adult strategy, which includes specific actions to make education accessible for all, is clearly needed. The JCFJ report goes further in recommending that prisons partner with further education institutions to allow seamless learning from prison to community.

The central tenet of the Oireachtas Justice Committee’s Report of Penal Reform and Sentencing, is that a ‘one size fits all philosophy’ in the containment of prisoners is not appropriate. This is especially so for young adults. The Centre will continue advocating in 2019 for the needs of young adults in prison.

Sleeping on Mattresses and Masked Figures

Overcrowding and prisoners having to sleep on mattresses was synonymous with Mountjoy Prison before the introduction of one-person-one cell policy. For prison reform groups it was understood that the use of mattresses had all but disappeared (excluding Limerick Women’s Prison). Monitoring the Prison Service daily population figures confirmed this. However, and as a result of Parliamentary Questions by Deputy Clare Daily, we learnt that substantial numbers are being accommodated on mattresses. This means that the prison service is breaching their, and the Inspector of Prisons’, maximum cell capacity figure; either having two in a one-person cell or three in a two-person cell.

Written answers by the Minister for Justice showed that there were people sleeping every night on mattresses during April, June, July and August yet prison statistics show that the prison estate was operating at 92-94% capacity. Cloverhill Prison had the largest number of nights (429) where prisoners had to sleep on mattress for the month of May. On the 29 May, 33 were on mattresses, yet the prison was operating at 101% capacity, meaning there should only have been max 6 on mattresses.

Midlands Prison was the worst affected prison during August, there was an equivalent of 674 nights with prisoners on mattresses. On July 17 the prison had 865 prisoners, operating at 97% of its 870 capacity, yet 28 people slept on mattresses.

The Centre, earlier this month, called on the Minister for Justice to instigate a review to find out why so many people in prison are sleeping on mattresses when the system is operating at below capacity. We suggested that the Inspector of Prisons is ideally placed to conduct this review. A review would also need to examine how statistics are being presented. They are meaningless in assessing overcrowding if they do not adjust downwards when cells are being renovated or not being used. Advocacy groups like the Jesuit Centre rely on daily prison population figures in order to monitor overcrowding. There is an urgent need for the Inspector of Prisons and possibly the Central Statistics Office to step in.

A crowded prison results in only the day-to-day management of prisoners. A settled prison with an appropriate population size allows for meaningful engagement. Prisons now need to have a maximum capacity figure, set by the Inspector of Prisons, which is dynamic and adjusts to the number of available beds.

It is clear that 2019 will be a busy year for the new Inspector of Prisons and incoming Director General of the Prison Service. However, this is also an opportune time for medium to long term planning, to set a vision for our prisons not on three year cycles, but over the next 10 to 20 years.