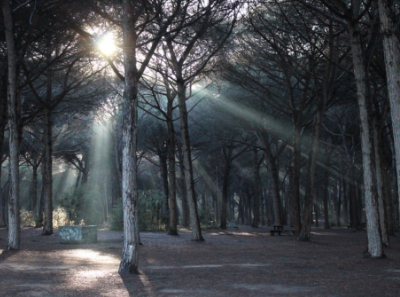 On many fronts, 2018 looks set to have been a pivotal year on climate change. Disruption and hardship here in Ireland caused by severe weather in the early part of the year and record warm temperatures during the summer months brought the impact of climate change into greater focus, says Catherine Devitt.

A pivotal year for climate action? 2018 in review

In particular, memorable dry conditions resulting in a prolonged fodder crisis on Irish farms prompted some policy commentators to question the viability of a continued expansion of the agri-food sector. On the nature policy front, the destructive Heritage Bill was passed through the Dáil, resulting in changes to the rules around hedge-cutting and upland burning, much to the concern of environmental NGOs. Since 1970, humanity has wiped out 60% of the global wildlife population, confirmed by the the biennial World WildLife Fund Living Planet report published in late Autumn.

A comprehensive report from the Intergovernmental Panel on Climate Change published in October, warned of the severe impacts of irreversible climate breakdown if countries failed to take rapid and far-reaching transformative change over the next decade. In response, the Jesuit Centre for Faith and Justice called upon the Irish government to accelerate action. Indeed, 2018 saw growing acknowledgement among political circles here in Ireland that climate change is the existential crisis of our time, and on a positive note, a new Joint Oireachtas Committee on Climate Action was established to consider the recommendations made by the Citizens’ Assembly, heralding a new departure for climate change policy in Ireland. Unfortunately, however, annual assessments from the Climate Advisory Council, the Environmental Protection Agency, and international groups of Ireland’s performance on curbing greenhouse gas emissions reflect the widening gap between rhetoric, policy action, and the scale of the challenge if Ireland is to do, at least, its fair share.

2018 was also marked by a growing civil society response demanding action on climate change and mass ecological decline. The Stop Climate Chaos Coalition, which the Jesuit Centre is a member of, ended the year with a lively meet your TD event. A total of 350 constituents from across the country gathered in central Dublin to demand action from their local TDs.

2018 is set to be the fourth hottest year on record. Is there much to look forward to in 2019? The 22nd January 2019 marks the hearing date for Climate Case Ireland, a legal action taken by Friends of the Irish Environment which, inspired by similar legal actions taken by citizens elsewhere, aims to hold the government accountable in its failure to implement a mitigation plan in line with obligations under the Climate Act (2015), the Paris Agreement on climate change, and human rights obligations. Around the same time, the Joint Oireachtas Committee on Climate Action is expected to publish its recommendations to Government. The JCFJ hopes their work will urge the government to, at least, implement or even better, go beyond the recommendations made by the Citizen Assembly. An all-government plan detailing climate actions to be taken by each department is also set to be announced. For 2019, the JCFJ calls on the government to follow through on new year resolutions, and provide a plan based on the principles of climate justice. This plan should set out intended and detailed mitigation measures that reflect the scientific context and Ireland’s obligations, that incorporates a carbon budget framework, and that can enable an ambitious and just whole society response to climate breakdown.