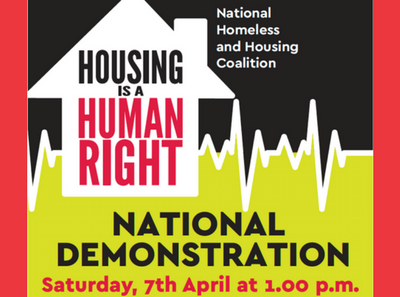 Fr Peter McVerry of the Jesuit Centre for Faith and Justice will speak at the National Homeless and Housing Coalition protest march this Saturday 7th April to reiterate the lack of confidence he has in the ability or willingness of this Government to end homelessness.

It initally came together to raise awareness about the rapidly worsening homelessness situation and demand that the Government treat it as an emergency. It now has a list of demands for the Government – solutions to the crisis that have already been stated by Fr McVerry such as a ban on evictions from the private rented sector, and a huge increase in building social housing.