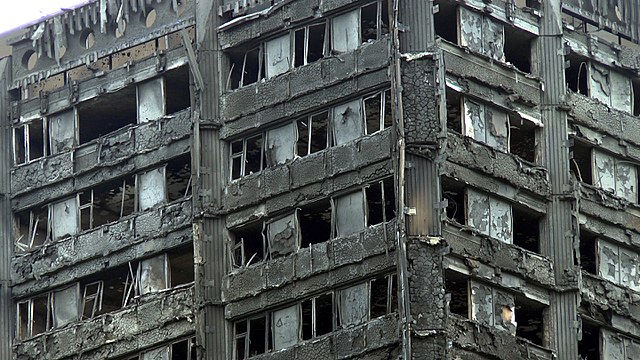 The second week of our Lenten Reflections series is called The Risk of Leaving our Father’s Home and looks at the unreality of a housing system dedicated to profit, not shelter.

The reader cannot fail to note the decisive break between the end of Genesis chapter 11, where we come to the end of the story about Babel with a family tree, and Genesis chapter 12, where a new character is introduced. God makes his presence known to Abram, a pagan who lived with his father Terah, in Ur, which is in what we now call Iraq. God’s call to Abe is terrifying: “Go from your country, your people and your father’s household to the land I will show you.” The divine voice summons Abe to an act of utter forsaking. We should not forget that this relinquishing is the beginning of the story that forms all three of the major monotheistic traditions. Jews, Christians, and Muslims, are all together the heirs of this enigmatic call. Abe is being called into a homelessness necessary to find his true home. In this land to which he pilgrimages, God promises: “I will make you into a great nation, and I will bless you; I will make your name great, and you will be a blessing. I will bless those who bless you, and whoever curses you I will curse; and all peoples on earth will be blessed through you.”

There is a rich Rabbinic tradition of commentary on this passage. In one of the most famous discussions, known as “Abraham and the Idol Shop” which we find in the Genesis Rabbah midrash, Abe’s background is illuminated. Terah, we are told in this story, made a living as an artisanal idol manufacturer. His son oversaw the front of house, dealing with customers and handling the sales. One day, presumably struck by a profound sense of spiritual conscience, Abe asked a prospective customer how old he was. “Fifty,” responded the man, which prompted Abe to say, “You have lived so long and still would squander time worshipping a man-made statue?” Soon after messing up that sale, Abe was approached by a woman who wished to make an offering to the idols in the house. Before her eyes, he shattered all but one of the statues with a stick, before leaving the offending weapon in the arms of the one remaining, largest statue. When Terah heard the commotion, he came out from the workshop and asked what happened. Abe explained that all the gods were squabbling over who should have the woman’s offering, until eventually the biggest of them decided might is right and eliminated the competition.

Terah, dismayed by this waste of good stock, shouted that statues cannot fight and compete, they have no knowledge or agency. Triumphant, the young son declared, “So you admit then that they are dumb statues, and yet you worship them still?”

Terah does what any sensible father would do when their son rebels against the common-sense of the day; he brings him to an authority to have him diagnosed and treated. Nimrod, the great hunter and chief of Ur, is consulted. Taking the young man aside, Nimrod lets him in on a secret. Sure, the idols are dumb statues and the religious system is a superstition. But the real force that agitates the world is fire, and it is this basic principle that warrants our worship. Abram asks if this is so, how come water puts out fire? “Fine then,” says Nimrod, showing the doctrinal flexibility common to many leaders, “worship the clouds as the source of water in that case.” But Abe points out that the wind controls the clouds. Becoming exasperated, Nimrod recommends that sacrifices should be made to the wind. But Abe reminds him that people withstand gales.

As is still the case, when someone thoroughly examines the reigning mythologies of their culture, and exposes the ways in which different pieces cannot fit together, they are cast as outsiders. Nimrod’s response to Abe’s relentless search for the truth is to condemn him to death, fittingly, by the fire that he himself worships. This is presented as a true test of the gods. If Nimrod is right, Abe will be consumed by the flames. If Abe is right, let his impenetrable god, who cannot be equated with any created thing and who remains resolutely invisible to natural sight, save him. Abe is thrown in the fire, and he is not harmed. The real God, the rabbis intend to remind us, saves us from all the false gods that our world worships.

What are we, modern readers informed by the Enlightenment and illuminated by reason, to make of these strange, ancient fables? The story is remote to us only in a superficial sense. After all, the average Irish child is raised to worship a host of idols. Productivity and efficiency are drilled into them throughout their schooling, most perfectly captured in that universal cornerstone of educational attainment – the Leaving Cert – where our efforts are solidly compacted down into a number we can trade against future possibilities. Health and well-being are encouraged through indoctrinating public advertisements and the constant inducements and admonishments that come with our food. For all the apparent changes in social mores around sexuality, the nuclear family remains a prime idol of our age. We are indoctrinated by countless romantic comedies and billboard advertisements as well as the threatening promises of magazine front-covers so as to take our place as men and women who fulfil our respective roles. The gods of this age are rarely named. But that we do not speak of Mammon, Eros, or Ares does not mean we do not make sacrifices to them.
And this is where these ancient fables become very real to contemporary Ireland. The spiritual, philosophical integrity of Abram, a man unwilling to sit quietly under the prevailing lies of his age, is still to be found in our society. And as it was for Abe, so it is for us. To quest for the truth of things means distance and alienation from the ways of our society. To search below the superficial entails a homelessness that we do relish.

But when we seriously consider the problem of homelessness in our society, when we look for the truth of that story, we are drawn away from the apparent comfortable answers. The real, concrete experience of homelessness, when we are truly confronted by it, alienates us from the society in which we can so easily make a home. The god called Mammon is served by our society in how we build and buy and sell our houses. The sacrifices we make to keep Mammon satiated – in the official language, cloaked in the language of reason and logic we talk of “the international markets’ confidence” or “shareholder value” – are to be found every night in the doorways of our cities and every morning in the B&Bs around the country that families are forced to call “home”.

The story of Christianity begins with the call of Abe, which was a call to reject the hollow answers offered by his forefathers and to step out into the terrifying prospect of seeking the truth. The task for the Christian in Ireland today is to be brave enough to confront the reality of homelessness. That reality exposes the unreality of a housing system dedicated to profit, not shelter. That reality leaves us in the wilderness because once we have seen the truth, we must refuse the lie that this is unavoidable, or that people bring homelessness on themselves, or that “the markets” will correct themselves. The market is one of the dumb statues that our society idolises. The lives of our neighbours are being wasted while we wait for these man-made ideas to “move”.

1. God calls Abram to “Go from your country, your people and your father’s household to the land I will show you.” Are there parts of your legacy which you have inherited from your parents, from your people, from your nation, that you need to get distance from?

2. In the story from the Rabbinic midrash, Abram confronts the sacred beliefs of his generation. How have you been formed by the common-sense of your peers? Are there places where you need to dispute the facts that everyone agrees on?

3. We live in a culture riven with narratives that blame those experiencing homelessness for their own predicament. How does the courageous example of Abram – called by God away from his home – inform how Christians should respond to the social crisis of our day?

The American writer Marilynne Robinson is remarkable for her ability to weave theological reflections into the beautiful prose of her novels. Her 2008 book Home, which ideally should be read along with Gilead (2004) and Lilla (2014), explores the consequences of leaving a father’s home in a striking fashion.