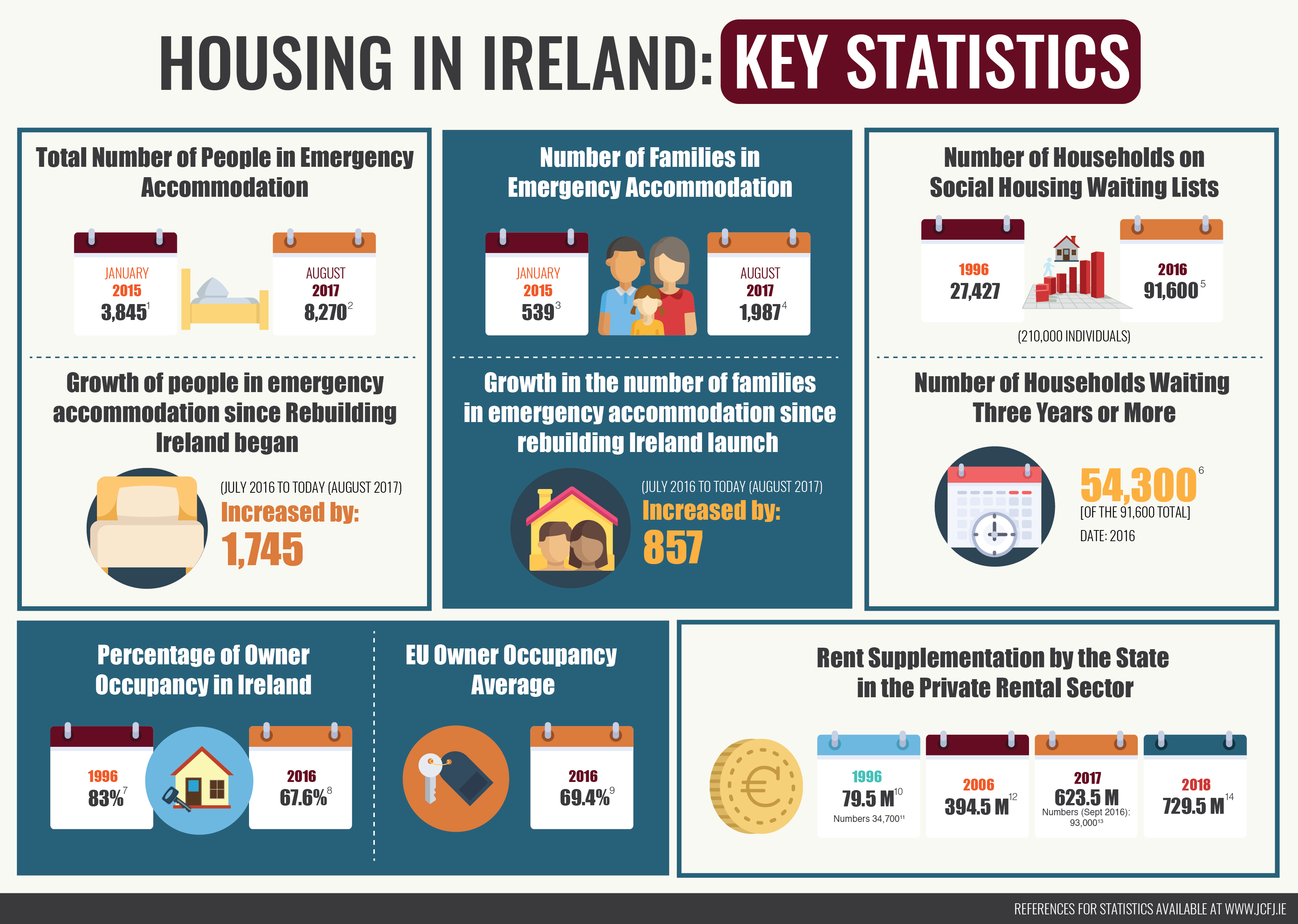 Rebuilding Ireland, the Government’s Action Plan for Housing and Homelessness, relies far too heavily on market-based solutions to the problems facing Irish housing. Because of this, it will fail in its stated objective of developing an ‘affordable, stable and sustainable’ housing system.

The Jesuit Centre for Faith and Justice, in a statement today [17 October 2017], says that Rebuilding Ireland, the Government’s Action Plan for Housing and Homelessness, relies far too heavily on market-based solutions to the problems facing Irish housing, and will therefore fail in its stated objective of developing a housing system that is ‘affordable, stable and sustainable’.

The Centre released this statement to coincide with the launch of ‘Rebuilding Ireland: A Flawed Philosophy‘ [available here] the October 2017 issue of its journal Working Notes.

Fr Peter McVerry SJ of the Jesuit Centre said, “While the Action Plan will undoubtedly bring some improvement in the current situation, which is obviously welcome, overall the determination to continue with the market-dominated approaches which have prevailed over the past twenty-five years means that unaffordable rents and escalating house prices will continue, as will the enormous difficulties created by a failure to provide an adequate supply of local authority and voluntary sector housing.”

In the fifteen months since Rebuilding Ireland was published, homelessness has increased by 27%; asking prices for houses rose by 12%, new rental prices increased by 11.8 %, and the availability of rental properties within the limits for the various rent supplementation schemes diminished.

Margaret Burns, Social Policy Officer with the Centre, said “As we mark the International Day for the Eradication of Poverty, we need to recognise that housing deprivation is one of the most serious forms of poverty in the Ireland of today and that in recent years the housing system has become the locus of some of the deepest inequality evident in our society”.

Social Housing: There needs to be a very significant increase in the provision of local authority housing, along with increased supply by approved housing bodies, cooperatives or some new not-for-profit entity.

The principle that social housing need will be met by housing of this type must become a central feature of Irish housing policy. This would mean reversing the policy of successive governments of increasingly relying on rent supplementation as a way to meet long-term social housing need. Rebuilding Ireland proposes the continuation and intensification of this approach.

Peter McVerry said “The policy of the past twenty-five years has resulted in a chronic under-supply of real social housing. It has resulted in the homelessness crisis we are now experiencing , and in the trebling of the number of households on housing waiting lists between 1996 and 2016. Moreover, it is an extremely expensive approach. The cost of the various schemes, including Rent Supplement and HAP, over the period 2011 to 2017 will come to around €3.8 billion. In 2018, €729.5 million will be spent on these schemes – a staggering €2 million per day. And from all of this expenditure, there will not be a single additional unit of housing added to the publicly-owned stock.

Obviously even if a decision to reverse the current policy is taken now it will take many years to provide the large-scale supply of social housing that is needed. But if that decision is not taken now, then the time for achieving a better, more secure and affordable system for meeting social housing needs will become never”.

Cost Rental Model: The development of publicly-provided ‘cost rental’ model of housing could ensure a more affordable form of rental than that provided by the private sector. If supplied on a sufficient scale, this type of housing could promote social integration and address the needs the large number of households currently having to spend a disproportionate share of their incomes on rent.

Private Rental Sector: Given the pace at which rents are rising throughout the country, rent regulation should now be extended to all areas, and permitted rent increases should align with the Consumer Price Index only. Further measures are needed to increase security of tenure and ensure that regulations regarding standards are met. There is a need for realism about how much of a role the sector can play in meeting Ireland’s growing housing needs – Rebuilding Ireland’s expectations of what the private rental sector can supply are inconsistent with the reality of how this it operates.

[14] This figure is based on the already-cited calculations by O’Callaghan supplemented by the commitment in Budget 2018. Department of Housing, Planning and Local Government, Statement from Eoghan Murphy, Minister for Housing, Planning and Local Government Budget 2018 (http://www.housing.gov.ie/housing/statement-eoghan-murphy-minister-housing-planning-and-local-government-budget-2018).