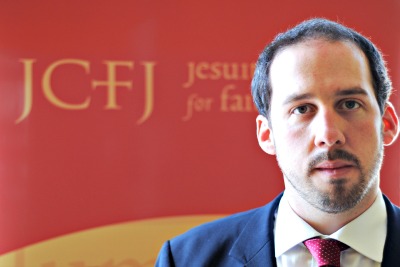 The latest report from the Central Statistics Office shows that half of young adults in prison re-offend within three years upon release. Clearly, a different approach is needed.
Community programmes allow those who have caused harm to ‘pay back’ for the hurt caused, to make reparation.

Responding to today’s (Wednesday, 9 November 2016) CSO statistical release on prison and probation recidivism, the Jesuit Centre emphasises that community alternatives have better impact than imprisonment in reducing re-offending. The CSO report shows that 50 per cent of young adults released from prison commit a further offence within three years.

“The fact that half of young adults in prison re-offend within three years upon release highlights that a very different approach is needed. For this age cohort we see that the probation service – the noncustodial option – is having a better impact in reducing offending. Therefore we need to use noncustodial alternatives and we need to make prison more effective.”

“As recommended by the Oireachtas Sub-Committee on Penal Reform we should be reducing the number of people being sent to prison and stop using short sentences as a form of punishment. Instead, we should find community alternatives for people to make reparation for the harm they have caused.”

“We know that young adults, aged 18 to 25, are more likely than any other adult age group to re-offend. An examining the CSO statistics shows that of the young adults leaving prison who do re-offend, 84 per cent do so within a year. This highlights the importance of supporting people transition back into the community.”

“The good news is that young adults have a much greater capacity for change than older adults. Unfortunately the current prison environment is not taking advantage of this fact. In many respects, prison is having an opposite effect with disproportionate numbers of young adults on restrictive regimes and on the most basic accommodation standard. The Jesuit Centre’s report Developing Inside: Transforming Prison for Young Adults (2016) provides a transformative road map for young adults in prison. Its recommendations include: detaining young adults separately to older adults in an environment which promotes learning and training; placing them under the responsibility of the Minister for Children and Youth Affairs, and; providing noncustodial alternatives.

“The unspoken reality is that hidden behind these figures is the poverty, deprivation and social exclusion experienced by young adults who end up in prison. Therefore, it is imperative that we provide hope and make the necessary interventions to support people who come into contact with the criminal justice system.”