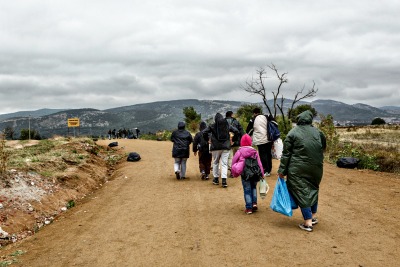 At the launch of ‘The Search for Refuge’, the May 2016 issue of Working Notes (the Journal of the Jesuit Centre for Faith and Justice), Judge McMahon expressed frustration at the failure to meaningfully improve living conditions and supports for asylum applicants in Ireland. During 2015, the average processing time doubled for first instance cases, and by the end of the year, the number of pending cases had trebled. To read more, ‘Search for Refuge’ can be accessed at www.workingnotes.ie

Speaking at the launch of ‘The Search for Refuge’, the May 2016 issue of Working Notes (the Journal of the Jesuit Centre for Faith and Justice), retired Judge McMahon said:
“Ten months on, implementation of key recommendations has been slow and inadequately resourced. The progress in resolving the situation of those more than 5 years in the system is most welcome yet considerable work remains to be done to ensure all who could benefit will. Most worryingly delays are again growing significantly at the earlier stages in the protection process.”

During 2015 the average processing time has doubled from 15 to 30 weeks for first instance cases before the Office of the Refugee Applications Commissioner and by the end of the year pending cases had trebled to 2,582. In the same period the average processing time for refugee appeals increased from 49 weeks to more than 70 weeks. The Refugee Appeals Tribunal had 1,685 live appeals on hand at the year end. This was despite the fact that both organisations increased the number of completed decisions by 50% over the year.
Mr. Eugene Quinn, JRS Ireland National Director, author of the lead article assessing progress on implementation, and a former member of Working Group, commenting on the growing delays in the protection process said:

“The average time to process a refugee status determination is now 2 years. The transfer of more than 4,000 existing pending cases to the new single procedure will further exacerbate these delays. The consequences of failing to provide required resources to eliminate the existing backlogs and to process cases more speedily will undermine the single procedure before it commences. Inevitably lengthy delays that have characterised the Irish protection process for over a decade will continue.”

Mr Quinn went on to say:

“Furthermore, although there has been welcome progress in resolving cases more than 5 years in the system, progress has been slower than anticipated because the case processing resources identified by the Working Group have not been allocated in full.”

Above all, a failure to implement and resource key Working Group recommendations will inevitably impose heavy human costs on the individuals, families and children who will as a consequence of continuing delays in the protection process will live for prolonged periods in Direct Provision.

“In light of the indisputable evidence for reform, a continued failure to fully implement key recommendations and to invest the necessary resources, will inevitably result in the lengthy waiting times and unsuitable living conditions for asylum seekers continuing, with all its associated human costs”.