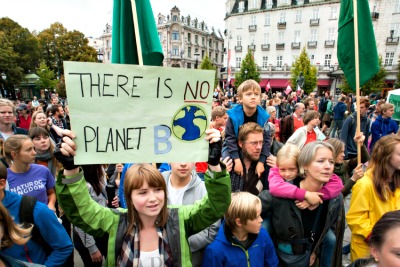 As we approach Election 2016, it is important that election candidates understand that action on climate change is needed urgently in Ireland.

The Jesuit Centre for Faith and Justice urges voters to query election candidates on what actions they intend on taking to i) prevent accelerating climate change and ii) help communities in Ireland and elsewhere adapt to climate change impacts, such as widespread flooding.

2015 proved to be a monumental year for climate change. Globally, it was the hottest year on record1, and for this part of the world, December was the wettest month ever recorded2. It was also the year that Pope Francis released his long awaited encyclical on the environment, Laudato Si’, On Care for Our Common Home3, and world leaders came together to agree goals on ending global poverty by 2030 and keeping global temperature rise below 1.5 degrees Celsius. Despite these much-needed successes in achieving international consensus, the time available for global action is quickly diminishing. Writing in the Centre’s journal, Working Notes, climate scientist John Sweeney highlights that at the current rate of emissions increase, “there is only a very narrow window of opportunity – about two decades – to achieve the radical cuts in emissions required“3.

Here at home, the Climate Action and Low Carbon Development Act 20154 and the Energy White Paper5 signalled at last, a political intention to finally respond to climate change and plan for a transition to a low carbon society. Yet, Ireland currently has one of the highest per capita greenhouse gas emissions in the world6, and as the economy grows, so too are our emissions levels7. At the same time, we’re already witnessing the affects of climate change on vulnerable communities across Ireland – in late 2015, widespread flooding brought extensive disruption, as well as costs to public services, businesses and private property. Without doubt, the flooding of late 2015 offered us a timely reminder that we cannot ignore the threat of climate change. As we are currently off-track in meeting our 2020 climate and energy targets8, the new government will need to make considerable gains in working towards achieving our 2030 targets7, 8.

An opportunity for the 32nd Dáil

Standing up for action on climate change and environmental justice in the 32nd Dáil will require the new government to commit and deliver on:

o Request that the national mitigation plan and national adaptation framework be approved earlier than 20179.
o Quickly reduce our over-dependence on fossil-fuels, and prioritise investment in cleaner energy.
o Place environmental sustainability at the core of our economic recovery, decoupling economic growth from an increase in greenhouse gas emissions, while simultaneously protecting the natural environment and improving socio-ecological resilience.
o Enhance the level of financial contribution made to the Green Climate Fund to reflect Ireland’s ability and the contribution of other European countries10.

• A Just Transition to a Low Carbon Society:

o Ensure that fairness and equity is achieved across society and sectors when managing and implementing emissions reduction efforts.
o Put in place a concrete roadmap towards ending peat burning before 2020 and coal burning before 2025, and plan now for minimising the social costs involved in moving towards a low carbon society11.
o Move away from existing policy measures that create fossil-fuel dependency for households and communities across Ireland. Incentivise measures and initiatives that facilitate emissions reductions.

3 Issue 77 of Working Notes – the journal of the Jesuit Centre for Faith and Justice – addressed the theme “Caring for Our Common Home”. The Issue is available here.

4 The Climate Action and Low Carbon Development Act 2015 can be accessed here.

5 The Energy White Paper can be accessed here.

8 Under the European Union’s Climate and Energy Package, Ireland is required to reduce its GHG emissions by 20% by 2020 relative to 2005 levels. For the period between 2020 and 2030, the European Commission advocates for the introduction of a 40 percent greenhouse gas target at EU level. This will be supported by binding national targets.

9 To enable the transition to a low carbon society, the relevant Minister is required to submit a national mitigation plan and a national adaptation framework to the government no later than 24 months after the passing of the Act.

10 The Green Climate Fund, established in 2010 by the United Nations Framework Convention on Climate Change, provides a mechanism for the allocation of funding to mitigation and adaptation measures in developing countries. The objective is to achieve US$100 billion annually by 2020, from a variety of sources. Varying levels of funding success have been achieved to date. Ireland has pledged €2 million, which is significantly less than the amount spent on fossil fuel subsidies.

11 In 2010, Bord Na Móna, Ireland’s only mechanised peat harvesting company, employed approximately 1,100 permanent and seasonal employees at peak production. Moneypoint, Ireland’s only coal-fired power station employs over 200 people. Moving away from peat and coal burning as Ireland transitions to a low carbon society will require that plans are put in place to meet the employment needs of rural communities.